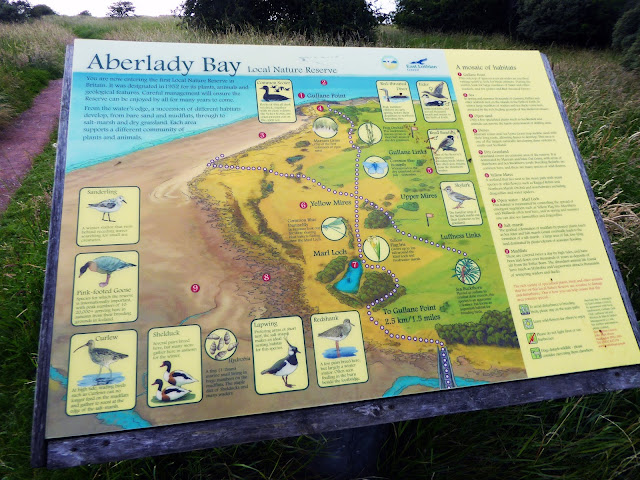 We returned a number of times to this beautiful corner, often in the evening when the call of the Curlew over the water and mudflats was utterly unforgettable. The photo below shows the approach to the reserve, and while there were no trolls in sight, it did make me think of the Three Billy Goats Gruff and their rickety-rackety bridge! 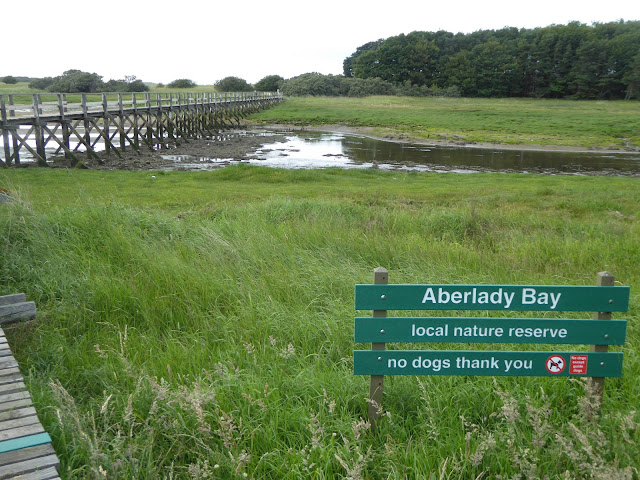 I particularly liked the bird-print sign on the green slat in the photo below. 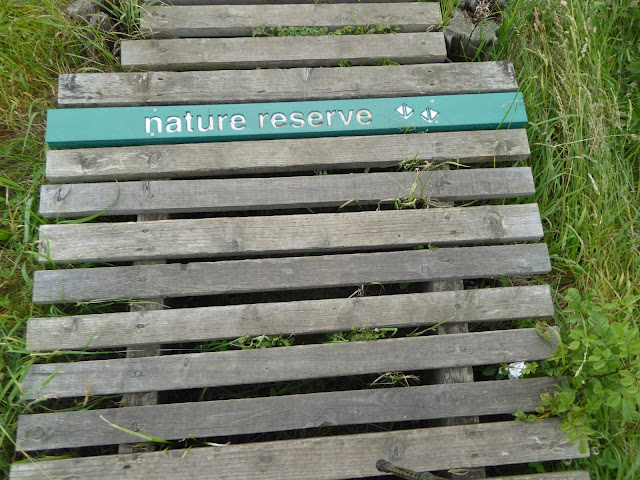 And here we are: no prizes for guessing who was the tortoise... 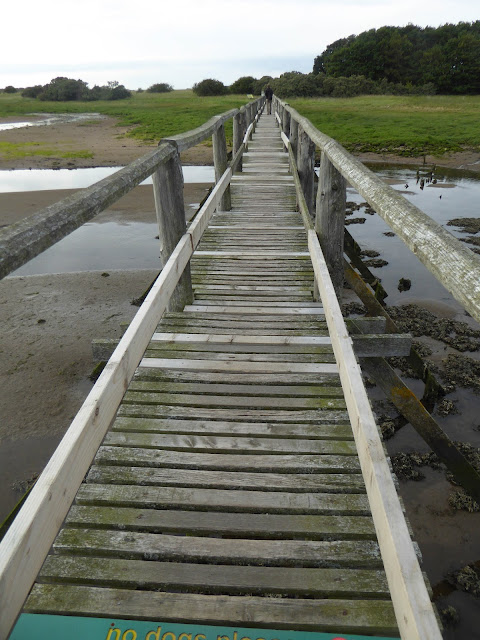 It was lovely to see a few orchids beside the path... 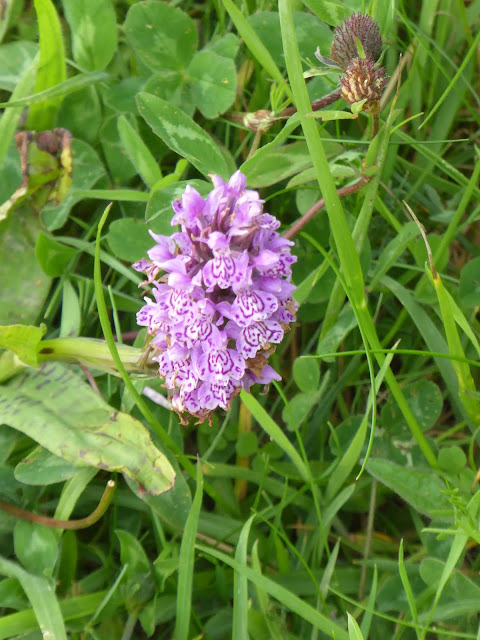 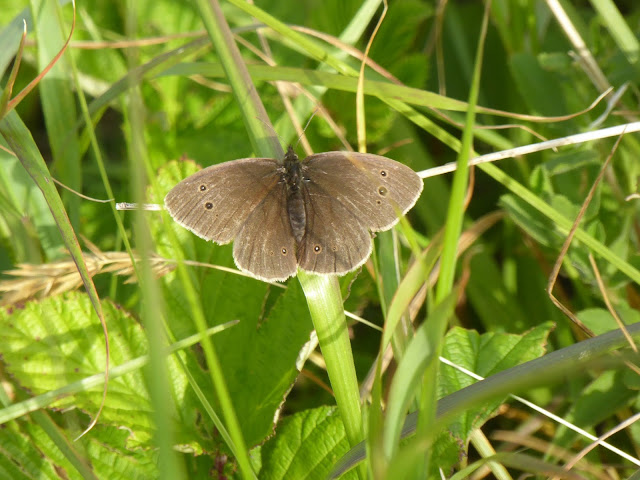 The photo below shows the bends in the bridge, but fails to give a good indication of its length. 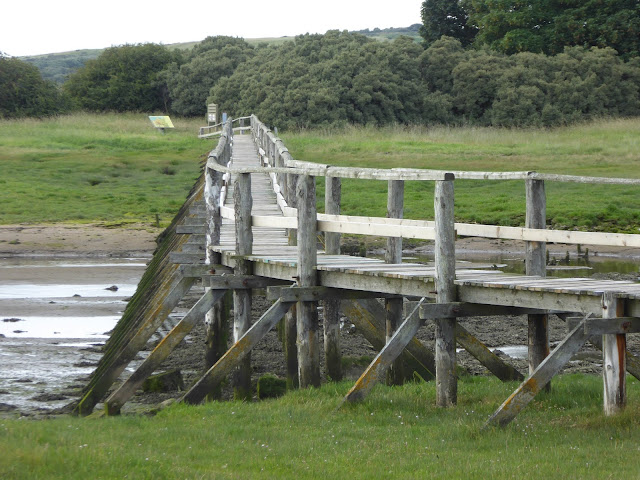 There were some beautiful wildflowers, including Viper's Bugloss. 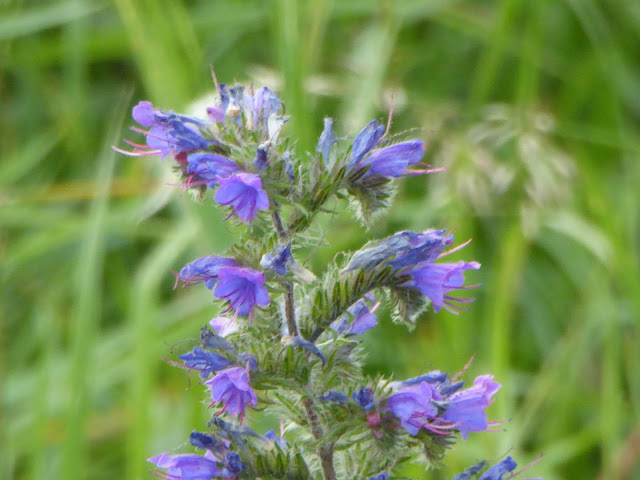 We had been given a tip-off by other visitors that there were tiny froglets about. We looked and looked along the damp paths, and were just about to give up when the large frog in the photos at the end of this post did a sudden leap in front of me, making me do a proverbial 'jump' out of my skin. After that lively introduction to the amphibian underworld of Aberlady, we got our eye in and found plenty of minute black and/or olive coloured froglets. There were so many, in fact, that we had to tread with the utmost care. 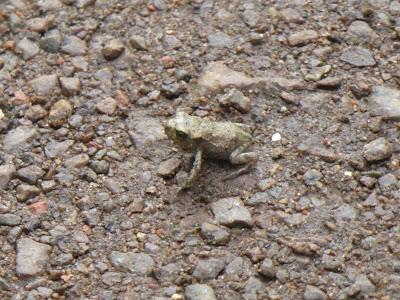 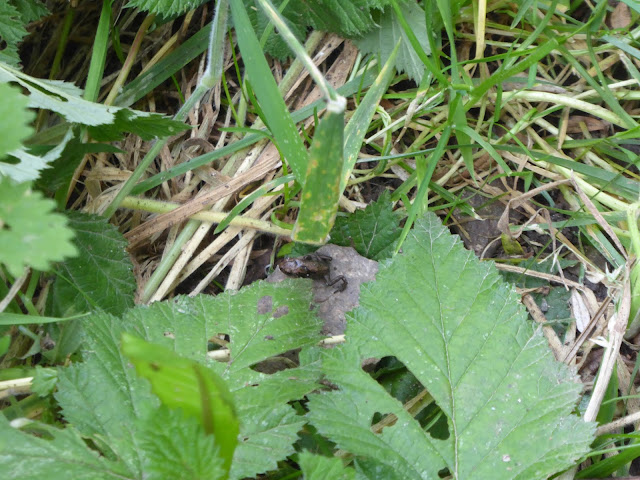 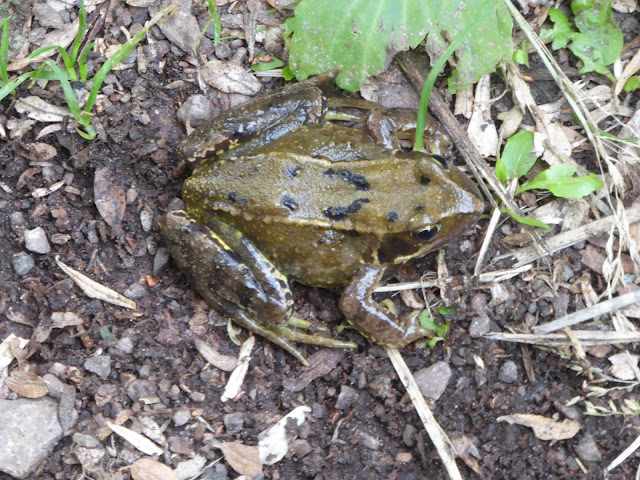 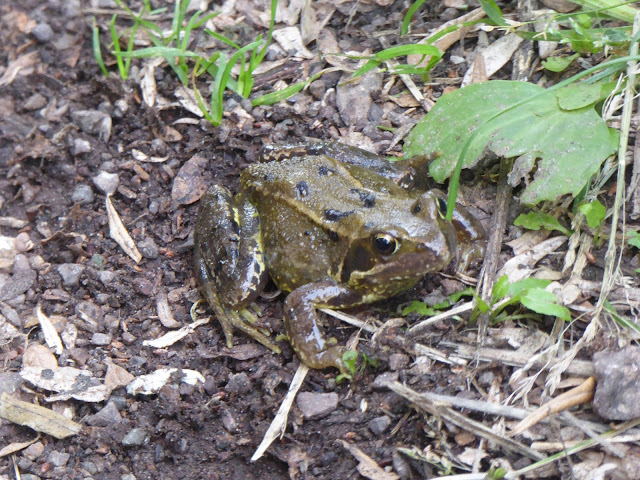 Aberlady became the first 'local nature reserve' back in 1952. It is beautiful by day and by night, with its ever-changing cloudscape, as you can see. 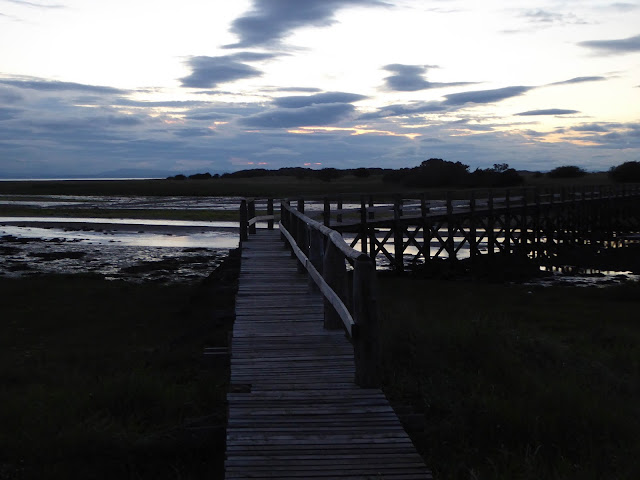 Whenever we go out I'm also the tortoise! LOL!
Lovely post and so nice to see your photographs.

What a lovely spot. It looks like you had it mostly to yourselves.