A Living Van at Leiston 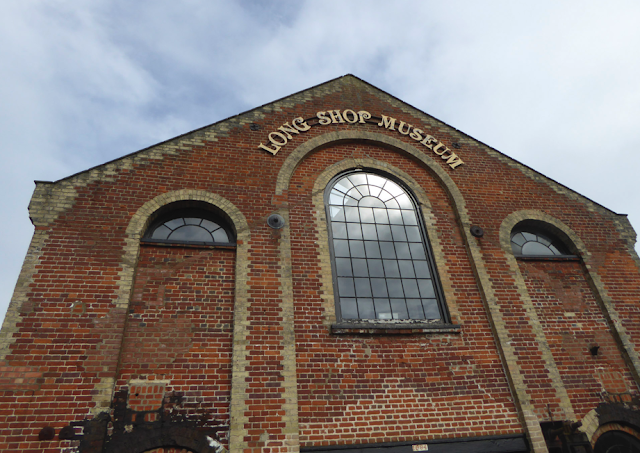 It was a damp Saturday here in Suffolk, so we visited the Long Shop Museum in Leiston. The first item I saw was a 'Living Van'. Followers of my blogs will know that I have developed a fascination for shepherds' huts, living vans and sleeping vans. It was good to find a new example of these sheds-on-wheels that afforded shelter for those whose work involved an itinerant and often essentially outdoor lifestyle.

Living vans like the one in the pictures would have been hauled along by a traction engine or steam roller. A total of 117 Sleeping Vans were manufactured by the Suffolk firm of Garretts during the 1920s. They were often used by road workers or threshing crews.

The photo below shows the bunk beds that would have been used by the workers. There would also have been a stove, catering equipment, tools and storage lockers. This van would have accommodated two workers. It probably belonged to Mr Charles Kidman, who was a steam ploughing contractor. 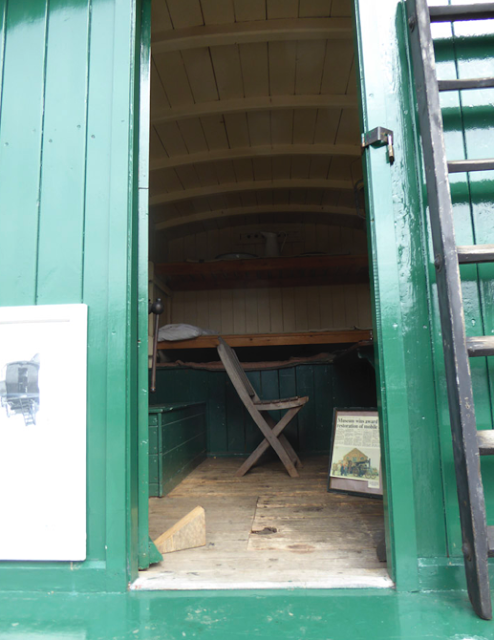 I have seen a photo of the van in its former delapidated state. It was found near Biggleswade in 1984. It reached Leiston in 1986, and was magnificently restored with help from the Science Museum. 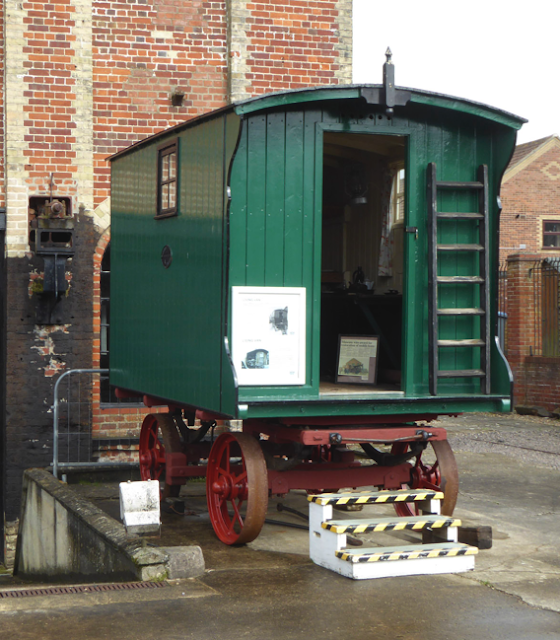 The Suffolk firm produced numerous items as you can see here. 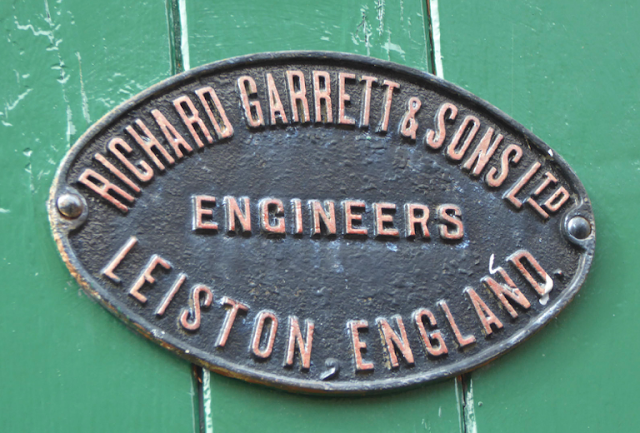 You can view another Garrett Living Van here.

I particularly like shepherds' huts, which usually had small cast iron wheels, but were not built for road transport. I have posted photos of the one at NT Sutton Hoo before (and here in relation to my Sutton Hoo poem), and have mentioned others.
Posted by Caroline Gill at 23:15

Interesting post and lovely photos of the Living Van :) Have seen websites where they produce Shepherd's Huts to buy either to have in your garden or go on holiday in! Far above my budget I am afraid but they are delightful.