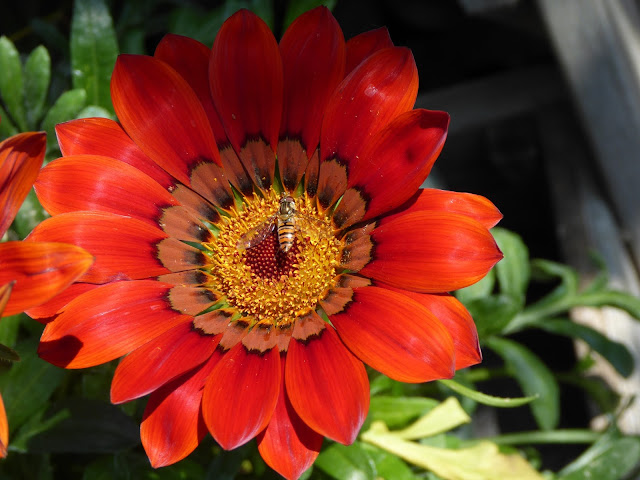 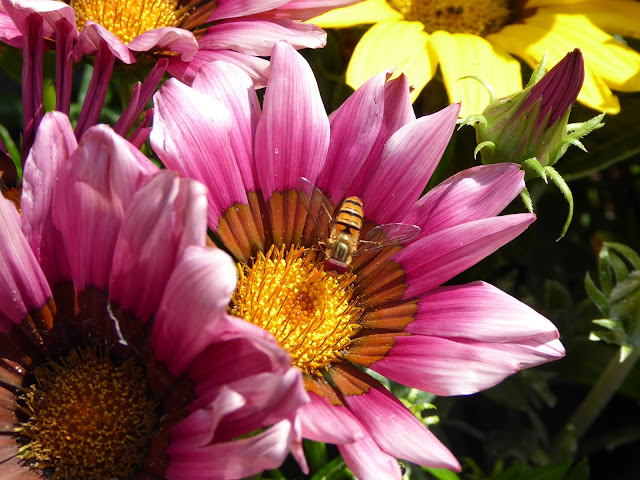 Hello Caroline, I love your beautiful flowers. And the insect homes are cute, what a great idea! I hope you are feeling better, have a happy new week ahead!

Glorious pictures, full of colour. Are they marmalade hoverflies? I'm sure there is such a thing.

The bee box I bought my folks off Amazon has been a bit of a bust so far.

I hope you get lots of interesting new residents in the insect houses!

Thank you all so much for your comments. Yes, I believe they are Marmalade Hoverflies (I inadvertently put 'tangerine' initially - but I meant marmalade).

I have never heard of insect houses before now. They are interesting to see. i could see spiders moving into them and helping themselves to the insects. Your flowers are really looking good. Your summer weather must be doing a good job as your flowers are looking so good.

Your garden looks so colourful - great photos of the hoverflies. I hope you attract lots of insects to the new bee homes - we have leaf cutter bees in ours :) Hope you feel better soon and look forward to seeing the holiday photos.

Thanks for the mention Caroline and your houses look lovely, last count we had over 20 holes filled on our three boxes, they have to be placed in the sunniest spot, morning sun the best I think, as the ones in the back garden have not been touched.We have some leaf cutter bees as well but so far have not found were they are nesting, under the Cherry tree I noticed yesterday Ladybird larvae over 20, but when I checked they are Harlequin larvae, still good to have as the cherry tree gets black fly on new leaves...
Hope you are all well again and have a lovely week..
Amanda xx

Love those insect houses and they way you jazzed them up ...they look perfect amongst all the flowers.