RSPB Minsmere ... Best of the Rest 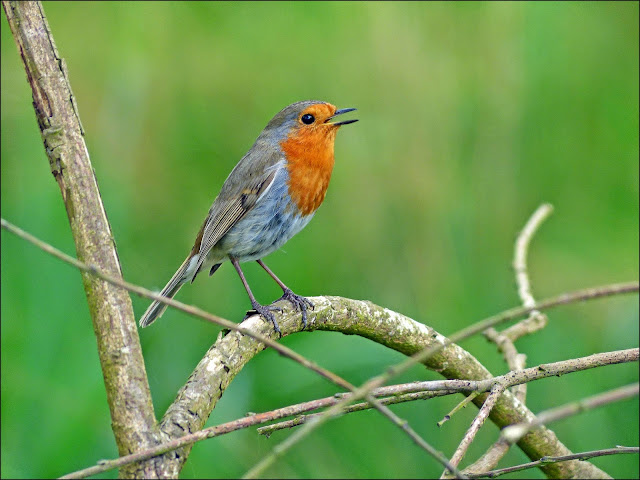 Those of you who read my last post will have seen my Adder photographs from RSPB Minsmere, here in Suffolk, UK.

The snakes were undoubtedly a highlight, but there were other wonderful wildlife moments, too. This Robin was singing its heart out near the Visitors' Centre. 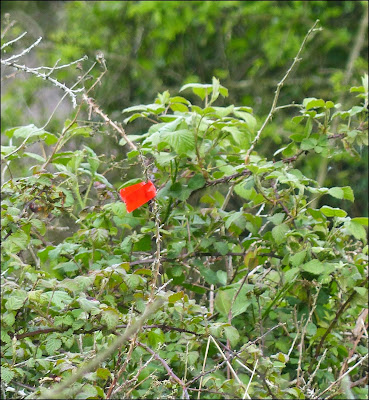 There were more than a few signs that the BBC Springwatch crew
were in the area, such as this red tag.
I wonder what is special about this particular bramble patch! 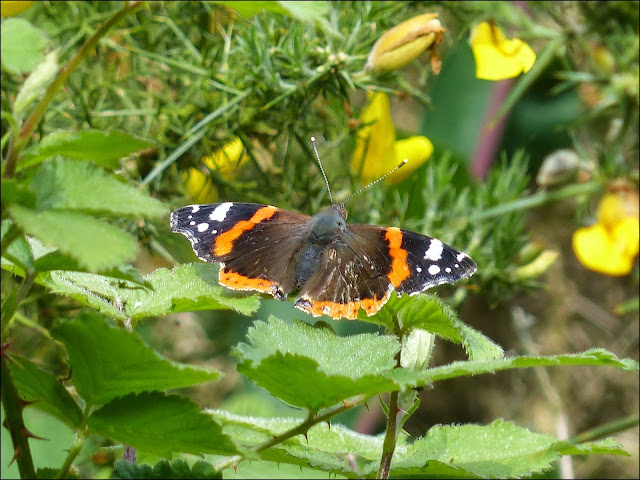 The weather improved a bit, but the conditions were not ideal for butterflies.
This Red Admiral was resting in a sheltered spot. 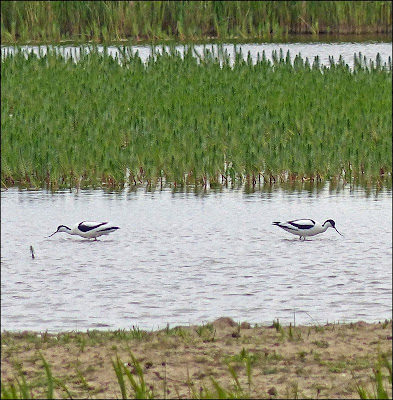 We watched the Avocets on the scrapes.
Some were doing what waders do best ... 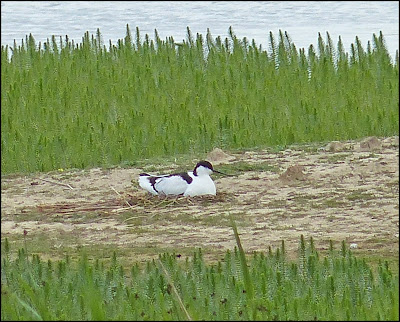 and others were sitting on their nests.
There were some chicks, but we failed to see these.
There were also some stately Little Egret ... 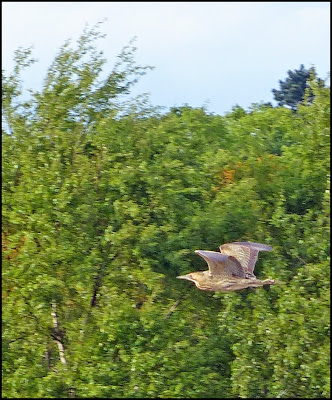 We saw a second Bittern (above) later on,
flying past Island Mere Hide. 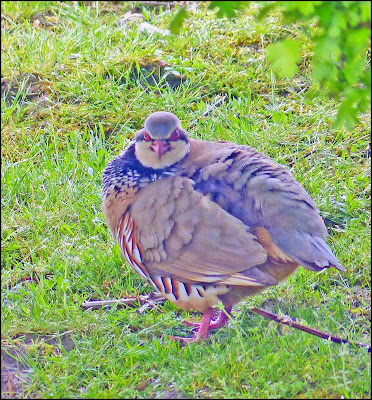 We came face to face with a couple of well-fed Red-legged Partridges
who were 'hanging out' near the tea room. 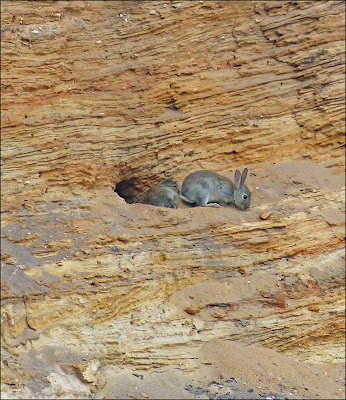 The air was filled with Sand Martins,
and while they took to the skies,
the rabbits scampered about in the sand bank. 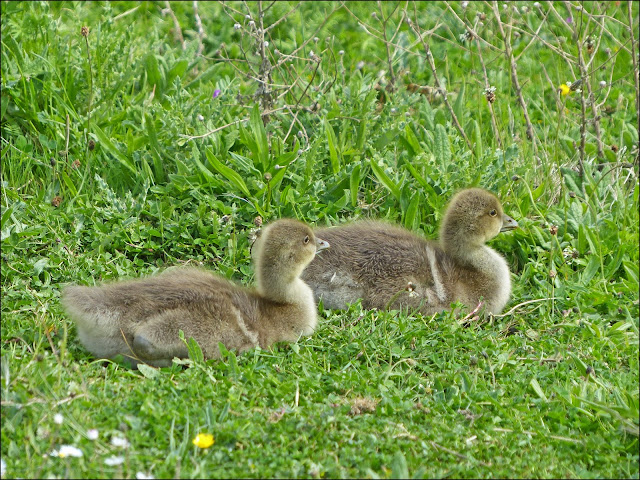 These fluffy goslings commanded a lot of attention, particularly since they were easy to see ... 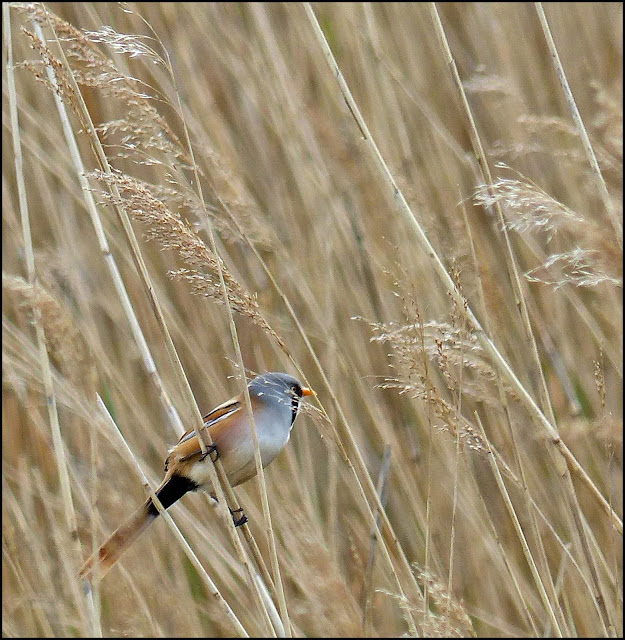 ... unlike the fabulous but elusive Bearded tits,
who kept disappearing in the reedbeds.
The one above is a male
(note the 'beard' or moustache). 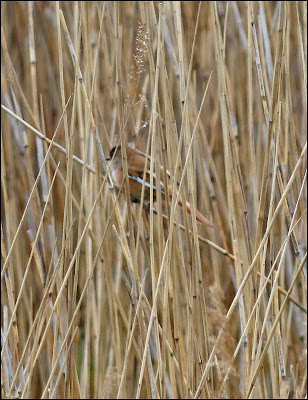 This is a female, though she is hard to see! 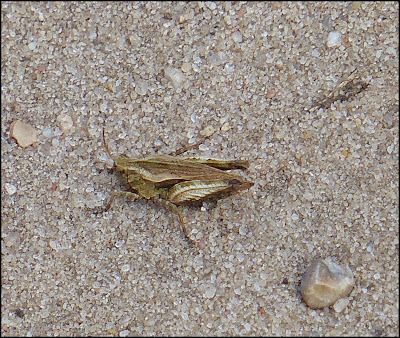 I believe this tiny insect is a grasshopper,
my first one in 2015.
It is hard to tell how long those antennae are!

Update: 27 May - I now think it is a Groundhopper. 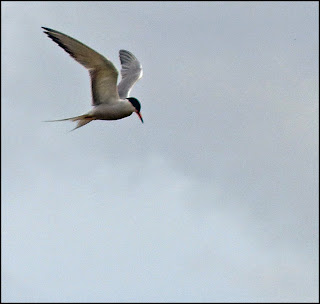 The Common Tern
kept us entertained while we waited
for the Bearded tits to emerge.

While I was watching the Adders, I fell into conversation with an artist-illustrator,
Narisa Togo, who was sketching the snakes.

Narisa gave me details of her wonderful blog here.
Do take a look ...
Posted by Caroline Gill at 14:58

Hello Caroline, great collection of wildlife sightings. I love the avocets, they are gorgeous birds. I've never seen a Partridge in the wild, very cool! Wonderful photos, enjoy your day!