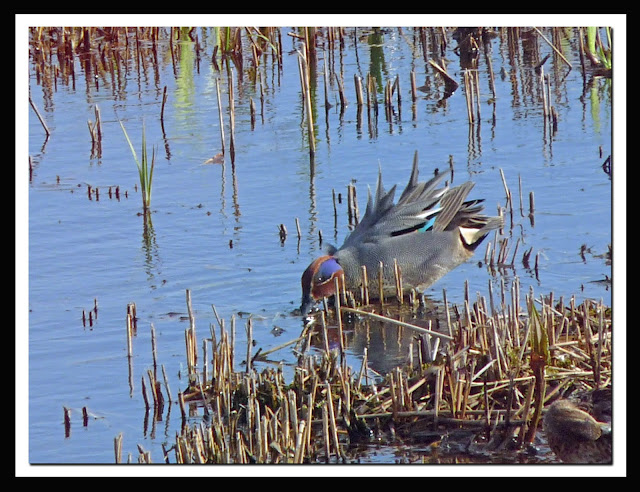 We had some fine spring sunshine at the weekend. The male Teal in the photo above was almost doing a handstand, as it dabbled! I guess the blue (rather than green) on the head was due to a combination of the glass in the hide and the iridescent fall of light. Teal are on our Amber conservation list. 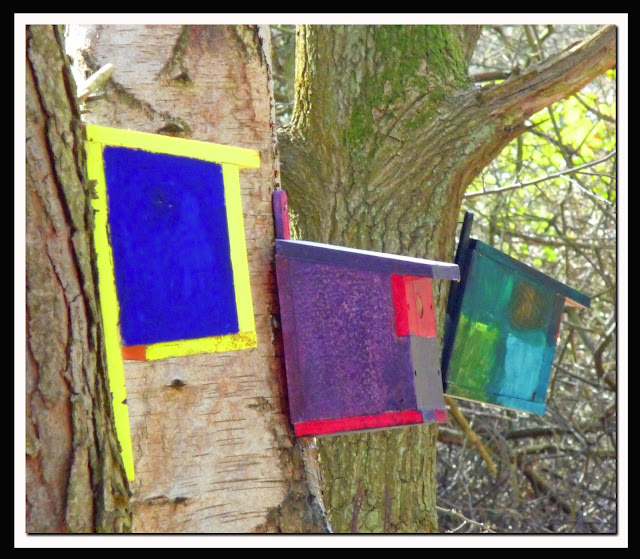 I mentioned recently that the nesting boxes were looking colourful at Minsmere. Here are a few more des res for birds and bats. 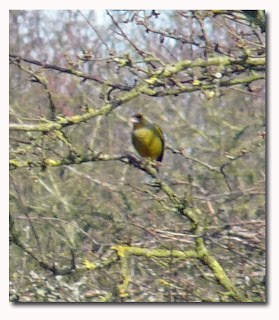 What a plump Greenfinch! His bright flash of yellow-green caught our eye as he flew off before I could take a better photo. 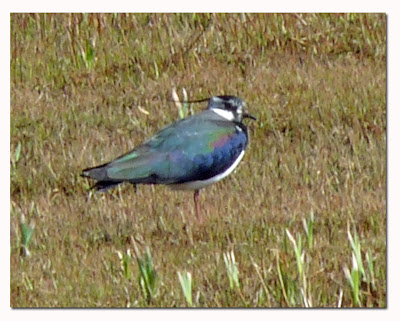 We watched a number of Lapwing at some distance from the North Hide. Again, their iridescent plumage sparkled in the sunlight. 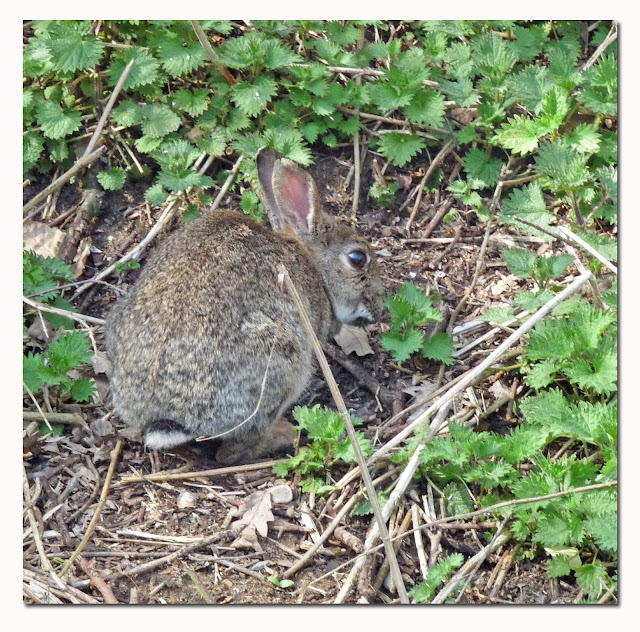 The rabbits are usually very docile, and this one above was no exception. You can see the new Stinging Nettle shoots sprouting up - like the weeds in our garden! 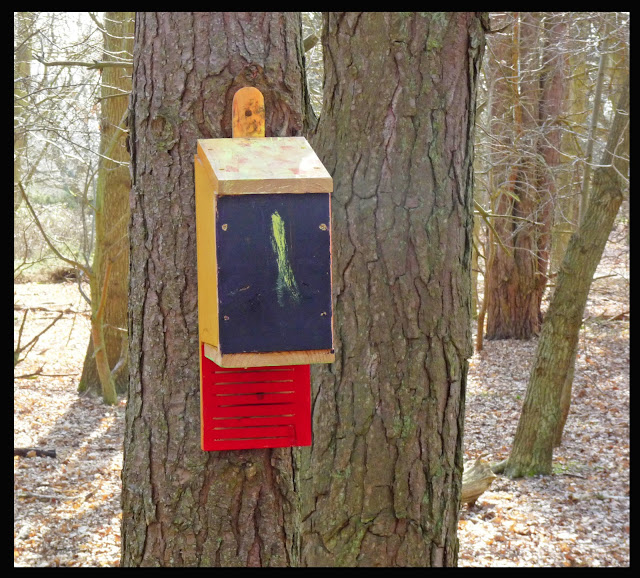 This is a close-up of one of the bat boxes. Unlike the bird boxes, these ones do not have a circular hole in the front. 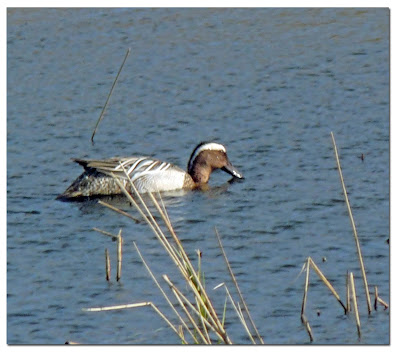 There were plenty of ducks about on the mere. This is a male Garganey. It is somewhat larger than a Teal, and easily identified by its head stripe. 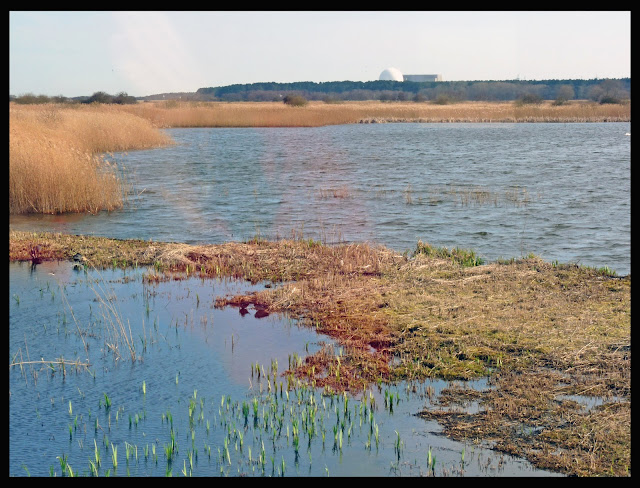 I always feel it is such a shame that the dome of Sizewell Power Station dominates the landscape of the reserve. 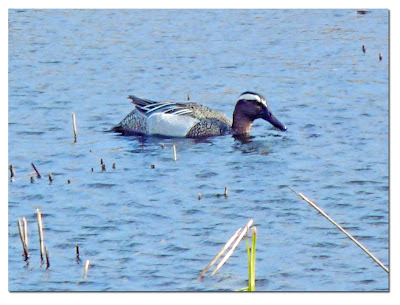 Here is the Garganey again. 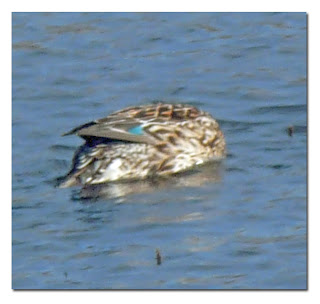 The tint of turquoise caught my eye! 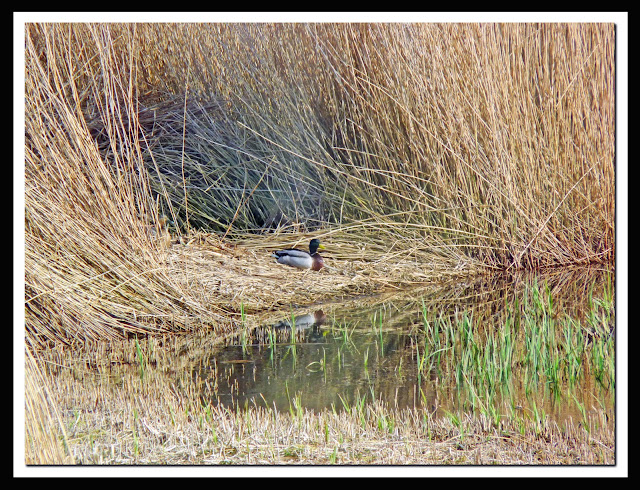 This large Mallard was making the most of the Spring sunshine. 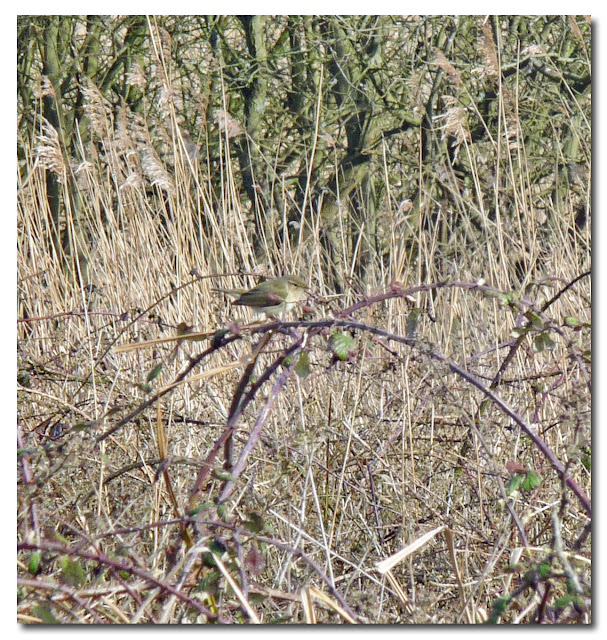 I think this is a Chiffchaff or a Willow Warbler, though I always find these birds very hard to identify with accuracy! Please let me know what you think ... 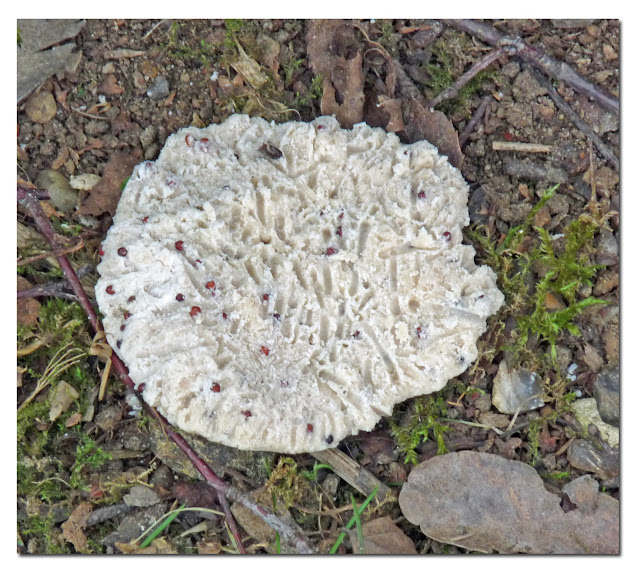 And finally ... back at home a new take on 'coconut cake'! This piece of coconut, emdedded with seeds and mealworms, fell to the ground after some wild trapeze antics from the local Great tits, Blue tits, Long-tailed tits and Robins. Look at the bill marks!

You can read about local migrant 'arrivals' here ... and the Minsmere Bitterns here.
Posted by Caroline Gill at 12:03

Lovely photos Caroline, the teal is amazing! One of my favourite ducks with the turquoise tucked into their wings and their yellow behinds! I've never seen a garganey though....

With my internet issues, the Teal is the only photo loading! It's beautiful and I'll have to come back another time...