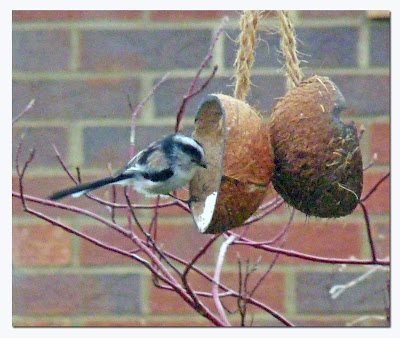 We are thrilled to have these Long-tailed tits at our feeder, especially during these cold snowy days. 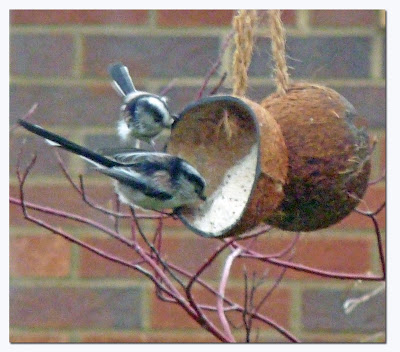 First there was just one, but now there at at least two, which seems more normal, since these birds often go about in little flocks. They are a delight to watch. 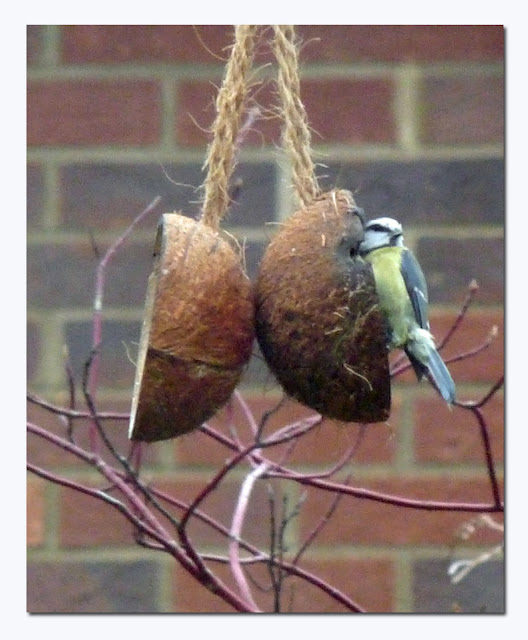 The Blue tits have continued to perch on the coconut ... 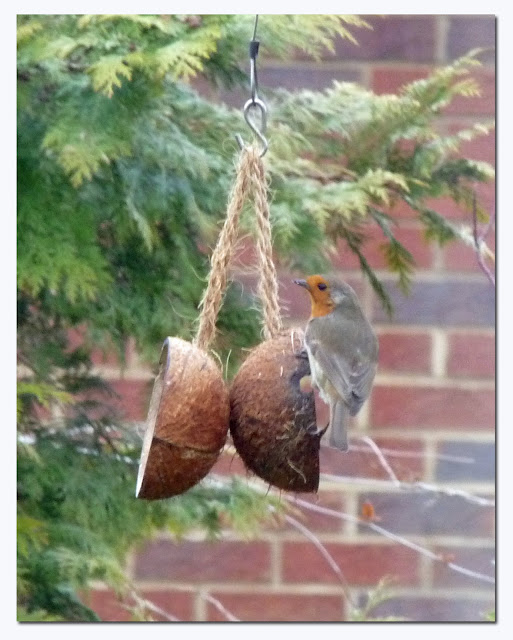 ... and although the Robins are pretty territorially-minded ... 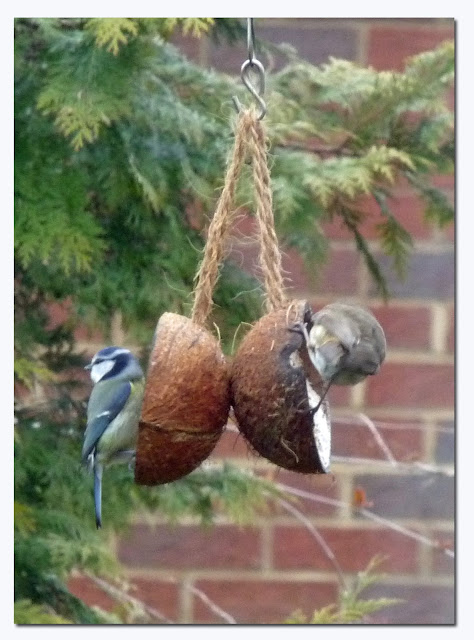 ... one of them seemed quite happy to feed alongside the Blue tit. I was actually more surprised in a way to find that the Blue tit was prepared to hang around; but as you see, the bird was keeping a constant eye out for himself. All these photos were taken through double-glazing, so the quality is somewhat compromised, but at least the birds were unaware of my presence and I was able to keep warm!

The phrase, 'pecking order', was coined, it seems, in the 1920s by scientists like Thorleif Schjelderup-Ebbe who studied the feeding patterns of domestic poultry. Hens used their beaks and roosters tended to use their feet to keep lesser rivals at bay. The term began to be applied to human beings in the 1950s. Dominance hierarchy is an alternative expression and has given rise to other expressions such as 'top dog'.
Posted by Caroline Gill at 21:27

Three's a definite pecking order on our peanut feeder. Woodpecker and Nuthatch first followed by Great Tit, clever sparrows and the blue tits last. Lovely to see the long tailed ones Caroline!