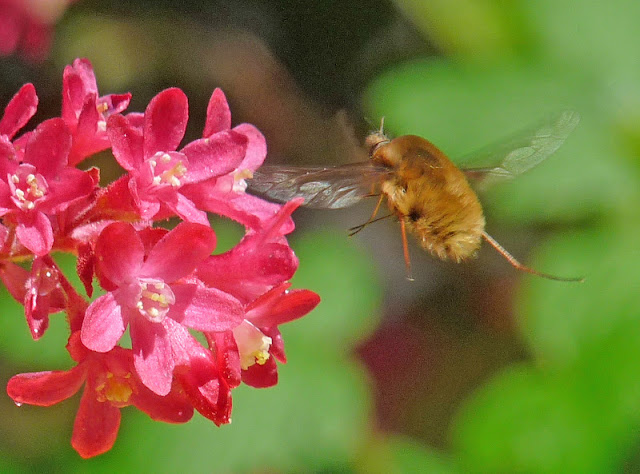 We had a typical British 'April day', with showers, hail, a rainbow and eventually a short spell of hot sun. I was delighted to find that the Bee-fly (or one of its relations) I had seen on 27 March 2012 had returned to the garden. It was a good opportunity to take a few quick photos before the sun went in again. The Bee-fly darted about, beating its wings very fast and alighting every so often for a short spell on the Flowering Currant.

Since I last saw this creature in the garden I discovered that there is also a Dotted Bee-fly, so I was keen to take a special look at its wings. No dots ~ no matter! 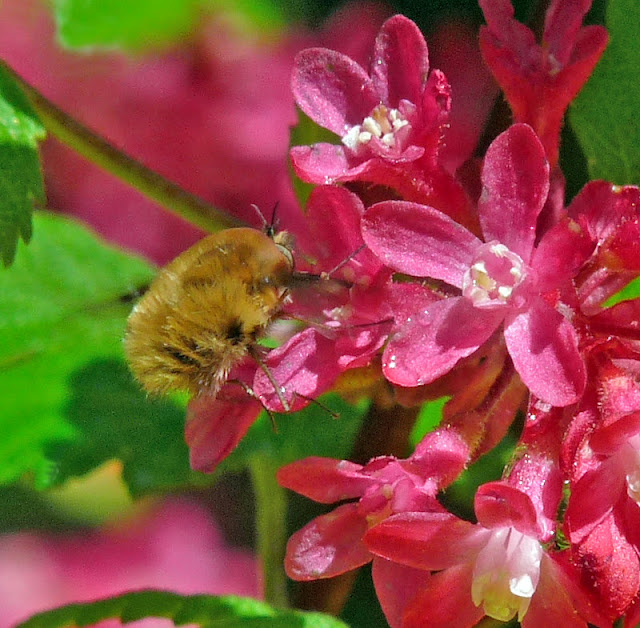 These insects look so furry ... and I would prefer them to be bees rather than flies, but, of course, they are what they are - and for good reason. Other creatures are aware that bees can sting - and are therefore keen to keep their distance. 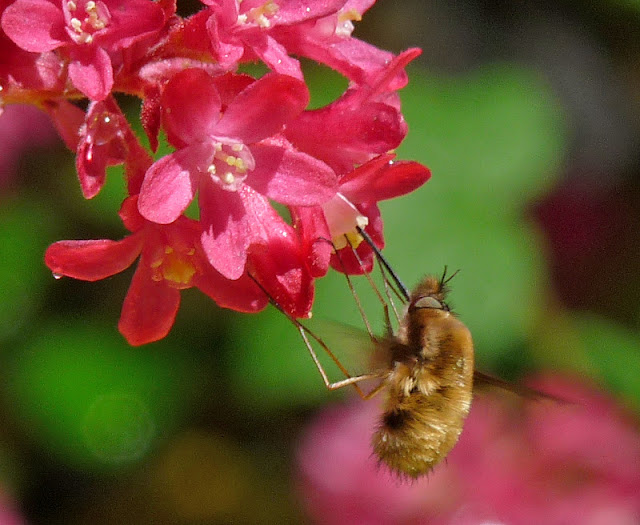 Can you make out the long proboscis, through which it sucks nectar? 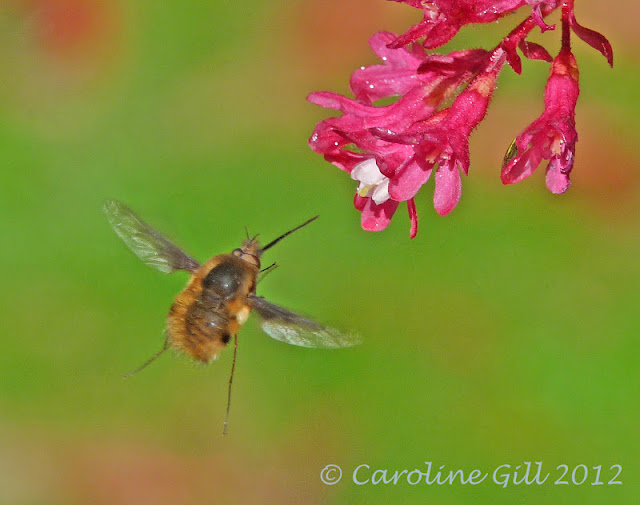 You can read more about the Bee-fly here. I did not know that the insect in its larval stage makes its home in the nests of Solitary Bees. 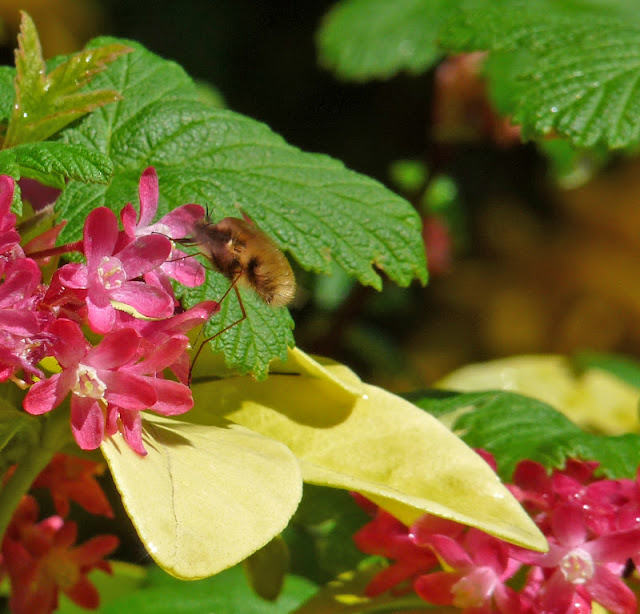 You will find my earlier Bee-fly of the season here, but I would particularly encourage you to take a look at Rosie's beautiful photographs over at Leavesnbloom.
Posted by Caroline Gill at 17:29

I have never heard of a bee fly but your photos are wonderful.

You got great photos! They remind me a little of the hummingbird moths that we get here, except for not having the tail.

Thank you for your kind comments - and yes, Mary, they also remind me of those moths (which hardly ever stay still to be photographed!).