Beautiful Birds (15): An Afternoon of Swan and Snipe 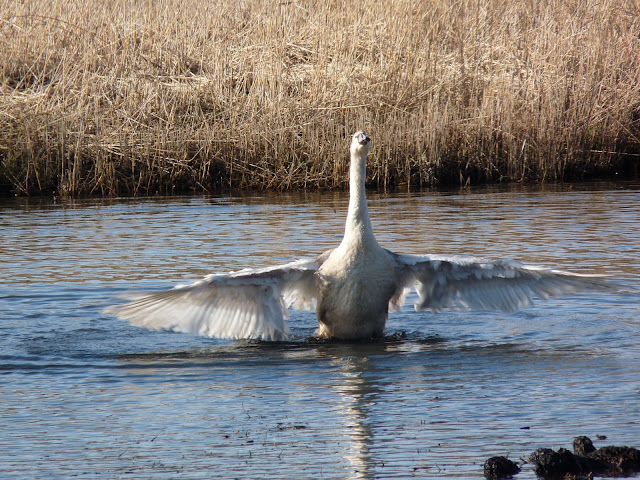 We visited a new hide on Gower in South Wales on Saturday 12 February, and thoroughly enjoyed the spectacle of three juvenile Swans (I'm not good at identifying juveniles!) as they preened themselves in what seemed to be a courtship display. It certainly appeared to be a case of 'three is a crowd'. 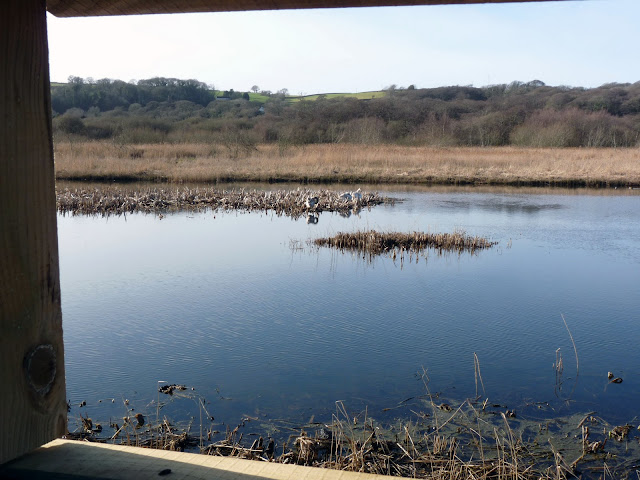 This was the view from the hide at the end of a short boardwalk. The next three photos were taken by David ...


Suddenly there was a flutter in the air as a bird of prey darted through the thicket on the far bank. David managed to take a few quick photos as it flew past. We thought at first that it might be a Kestrel, but have just read that a female Hen Harrier had been spotted in the same vicinity. If anyone cares to confirm an identification for us, we would be delighted!

After a few moments, the Swans returned to their noisy preening activities . . . 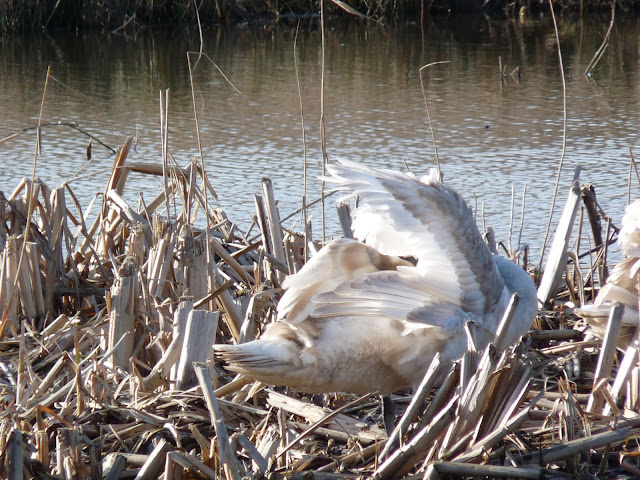 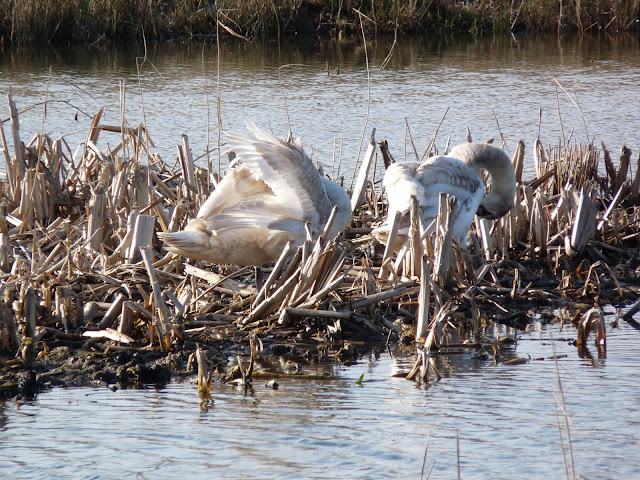 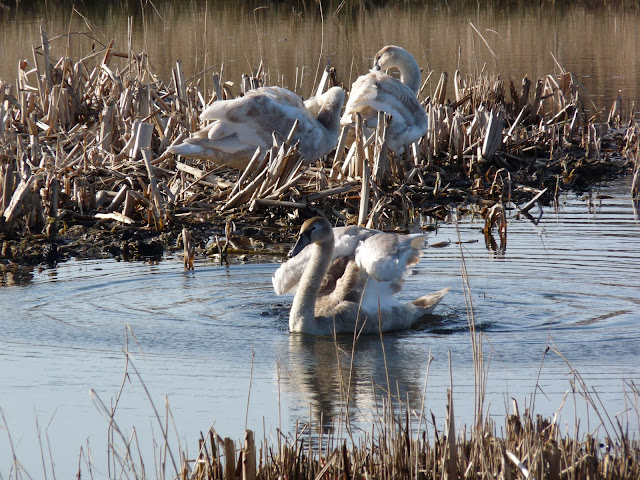 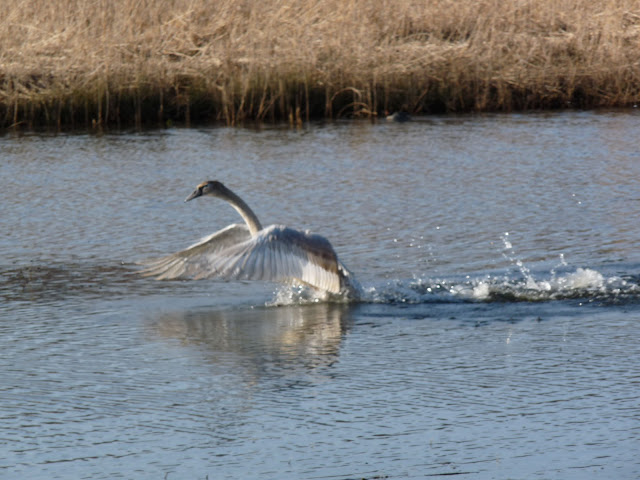 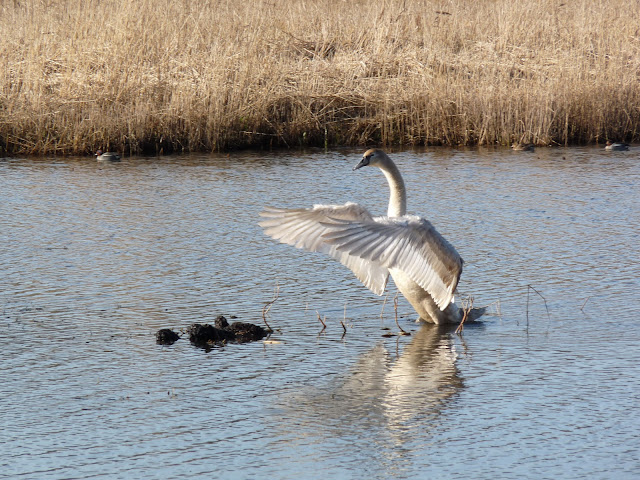 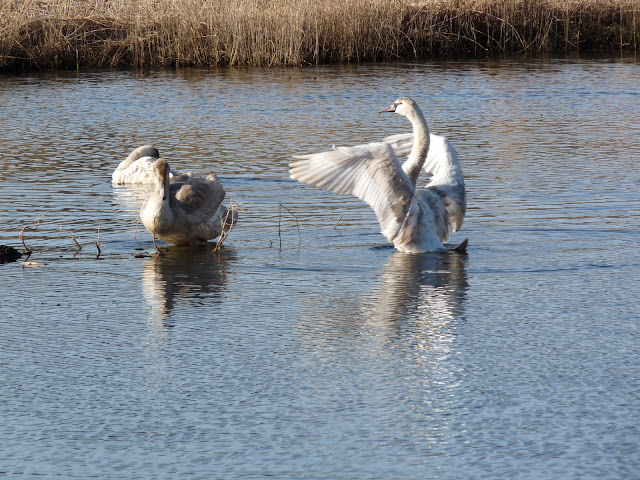 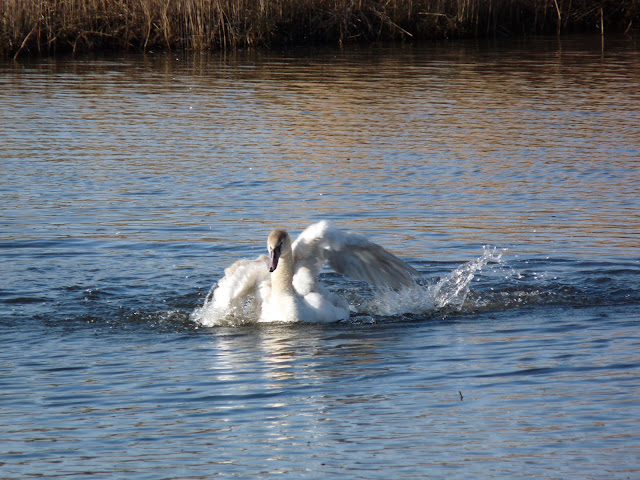 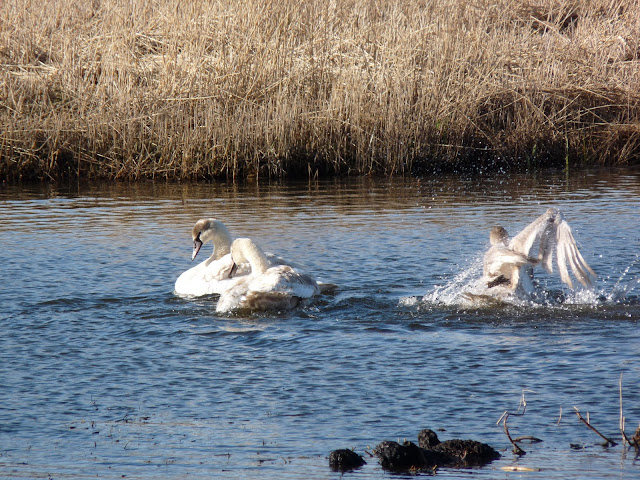 They were not the only birds enjoying the sunshine . . . 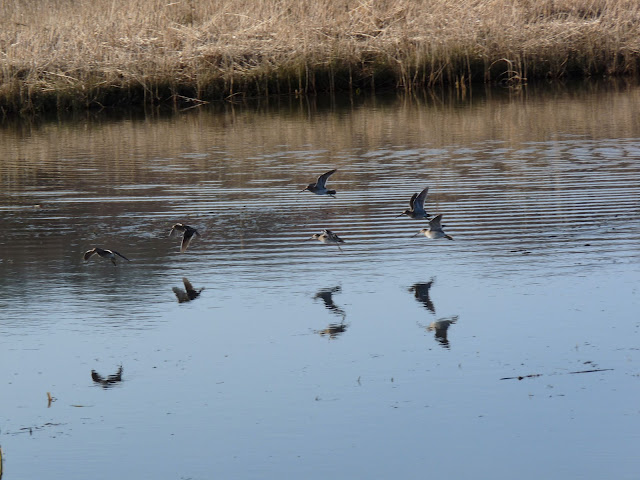 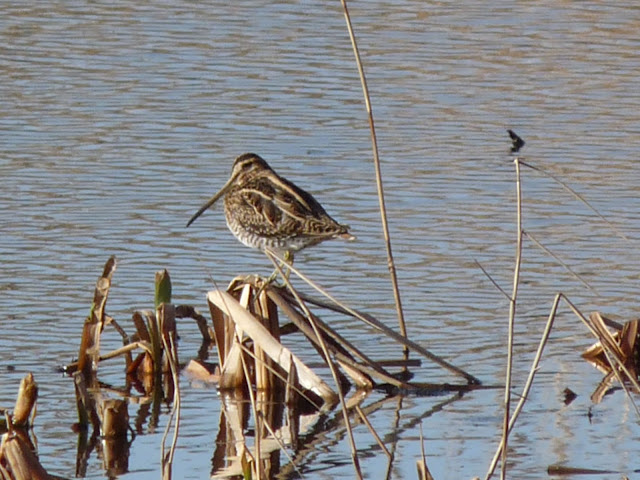 It was soon time to head across to the beach to watch the Oystercatchers ... but I will add them in another post.
Stop Press: still time to send a WWT Valentine e-Card (with birdsong)

What an amazing display the swans put on for you both. Sharing such behaviour with nature is such an experience. The photos capture the motion wonderfully well. Great photo of the Snipe as well.

Tremendous set of pictures Caroline. The snipe is magnificent.

wonderful photos, the swans are magnificent. Lovely to get such clear views of snipe, I've only ever seen one, and I more or less tripped over it.... I've had a close encounter with a hen harrier too, one flew out of a hedge right in front of me once...

What a great bunch of phtoos! I love the swan shots and the snipe. Getting to see a Harrier in another country is pretty cool, too. I can recognize that white area just like on the ones that I see.

wow what pictures Caroline especially those of the snipe. I love how you were able to capture that wing span of the swans.

Lovely swan shots, and well done on spotting the harrier. Looks like yet another place on my to-visit list!