First Go with TrailCam and a Mixed-Bag of Garden Sightings 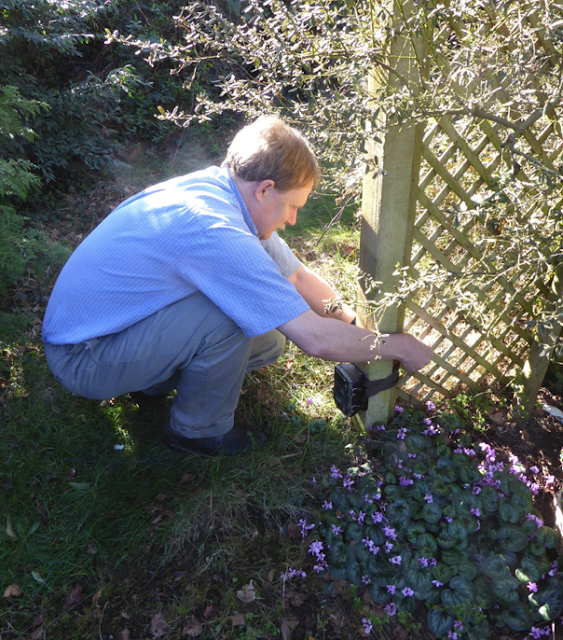 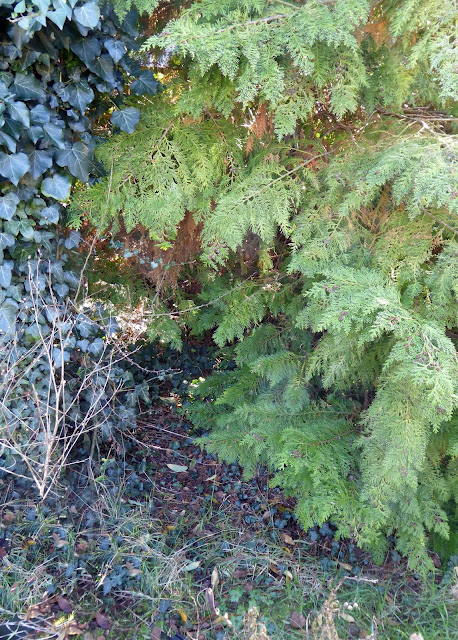 The top photograph shows David installing our new TrailCam in the hope that we might be able to record a few night visitors over the coming weeks. We have never used one before, but spurred on by reports from a couple of friends who have recently set up these cameras, we thought we would buy a fairly basic model and see what happened. I have a good idea of the creatures who visit our garden by day from the Homepatch Species List I have been keeping for the last few years, but little idea of what happens after dark or when we are inside.

The second photo shows a kind of tunnel between the ivy and the fir tree. We have often seen cats in that area, but two of the regular felines have now moved elsewhere with their families, and we rarely see a cat in the garden.

36 hours on and we uploaded the film. There are no great revelations to date (and thankfully perhaps, not even a rat), but the camera had been triggered several times, mainly in the dark, once yesterday morning in thick fog, and a few times in the daylight.

The Blackbird below is the first identifiable creature to be caught on camera. Watch this space! 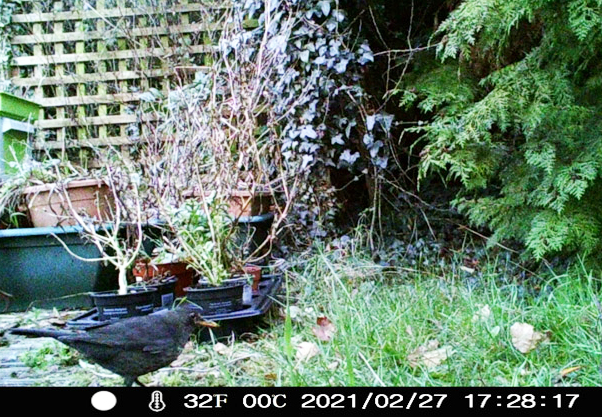 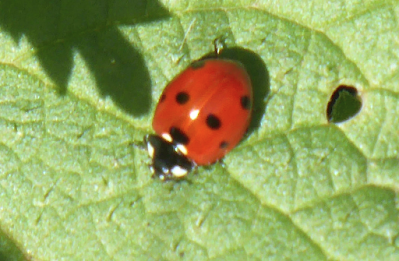 We have checked the garden for more ladybirds, and have located more 7-spot and Pine varieties. We have also seen a couple of bees . . . 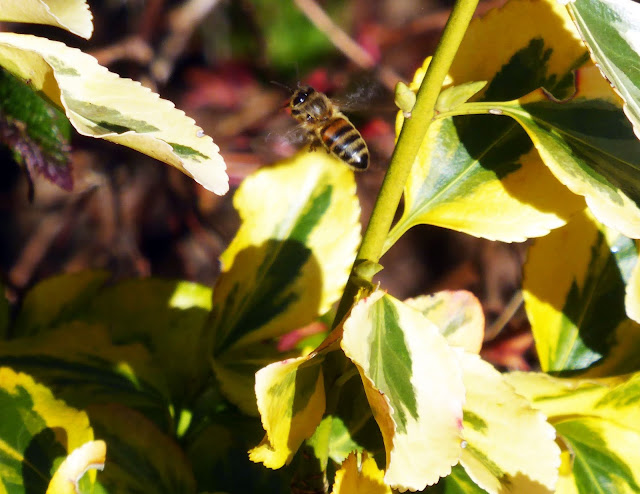 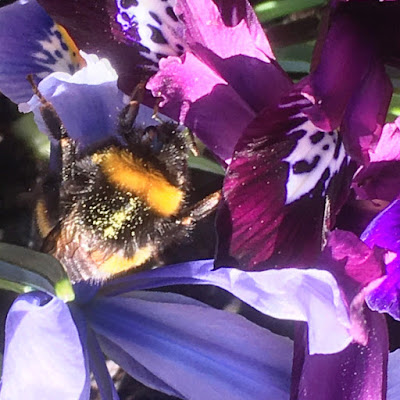 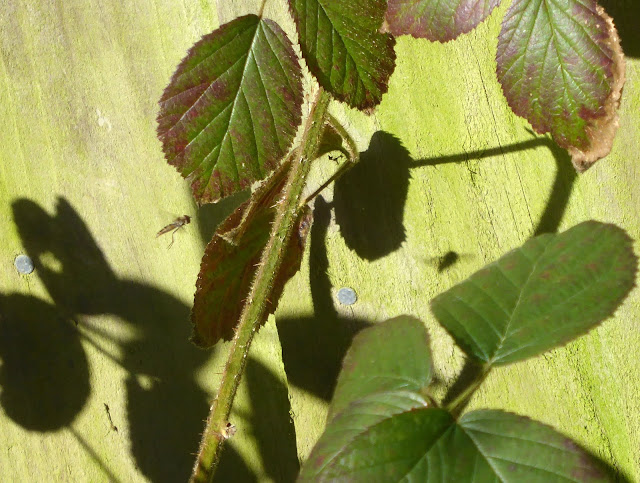 The 7-spot below is definitely keeping company with what are probably spiders, though I haven't been able to count their legs with any accuracy. I had wondered if they were Dock bug nymphs as we get a lot of Dock bugs in this part of the garden, but I don't think they are a good enough match. 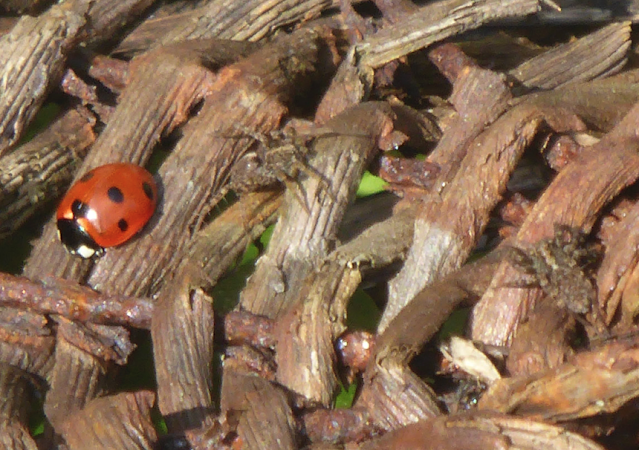 We have had wasps' nests in the garden the last couple of years (well, one in the shower vent, so perhaps more in house than garden), so it was no real surprise to see this insect inspecting last year's nest site, which, thankfully was definitely in the garden and not in the house. I am fascinated by most insects, but do not get on well with ticks or the Common Wasp. I shall post this picture on to iSpot. 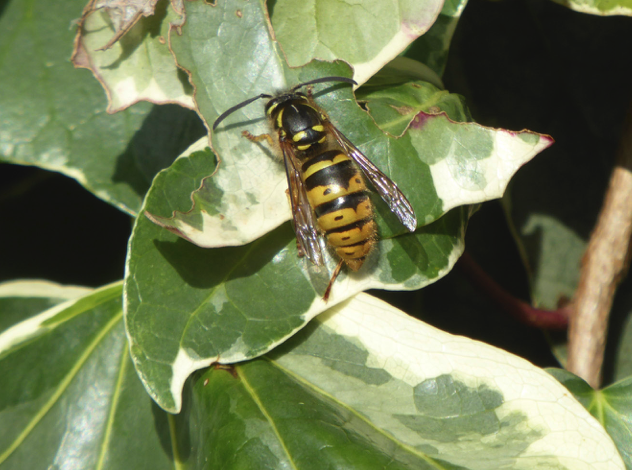 It has been a joy to see our Crocus, Miniatire Iris and other bulbs opening in the sunshine. We have a good show, albeit a miniature one, of Tête-à-têtes, in readiness for St David's Day (though these may technically be more Narcissus than Daffodil ... I wonder if you know). 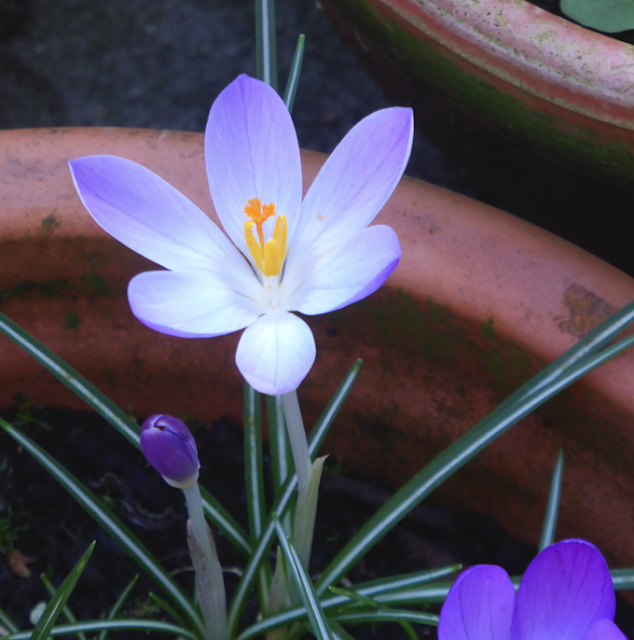 Back to our mix of ladybirds again ... 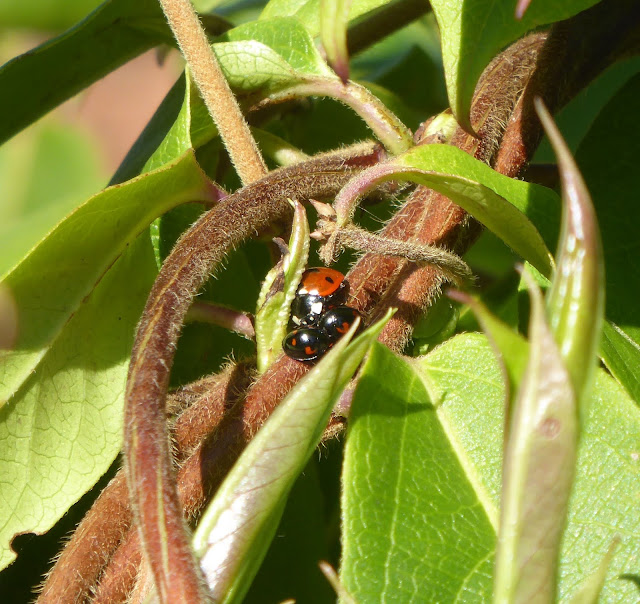 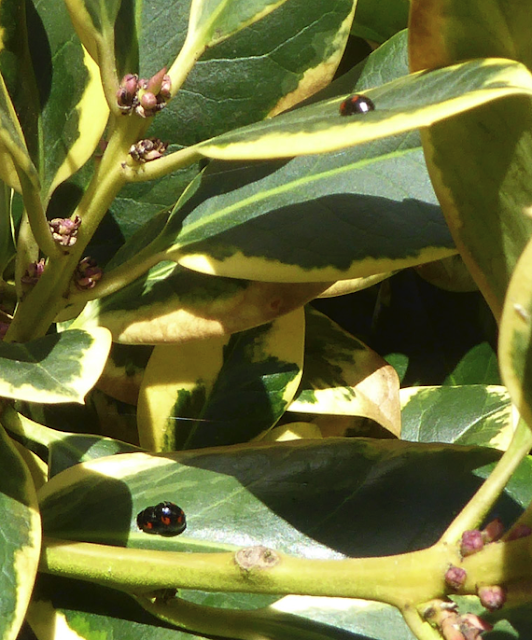 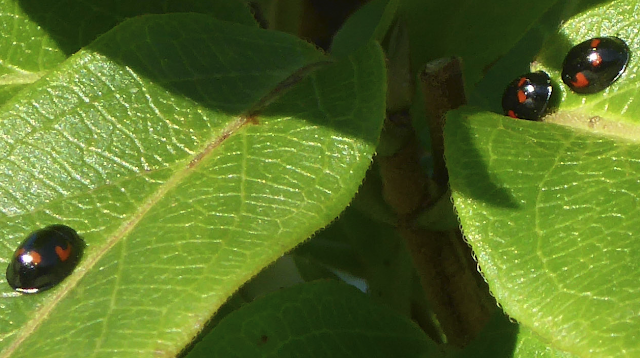 And finally for now, a rather gruesome photo of what seems to be some kind of (perhaps beetle or weevil) larva demolishing an earthworm. A tiny corner of roofing felt came adrift from the old shed and this is what was underneath it ... I am hoping the folk on iSpot can enlighten me as to what exactly is going on. 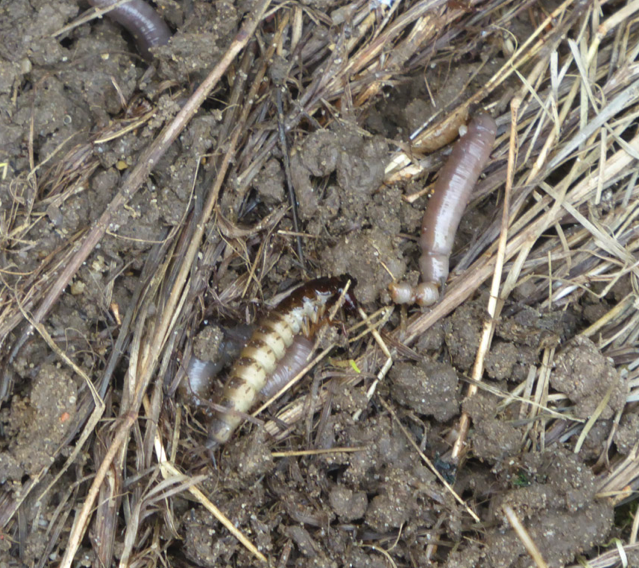 After some fairly dormant months in our home patch, it suddenly seems as though there is a lot of activity even if I am still awaiting my first butterfly sighting!
Posted by Caroline Gill at 15:44

Good to see you have a trail cam too :) Not much here atm apart from a pair of grey squirrels! But hoping for more in the Spring - perhaps a hedgehog???

Good to see you have a trail cam too :) Not much here atm apart from a pair of grey squirrels! But hoping for more in the Spring - perhaps a hedgehog???