An Early Spring Morning in the Garden 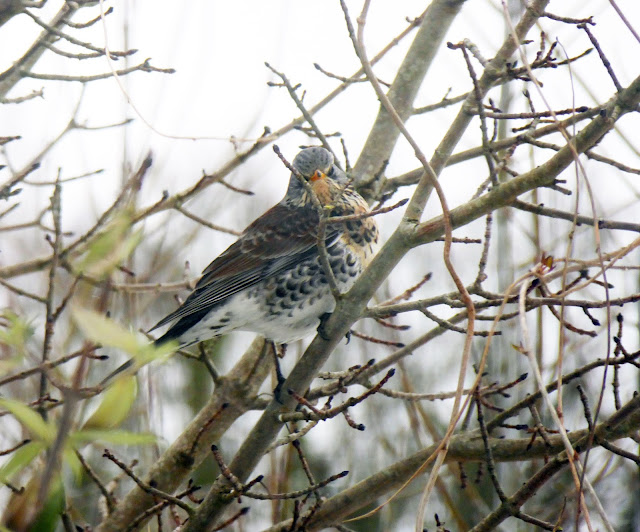 We spent an hour in the garden this morning, enjoying some early spring sunshine and birdsong. These first two photographs, which were also the first two I uploaded, were actually taken on 12 February when the Fieldfares were still in our trees. All the other pictures were taken today. 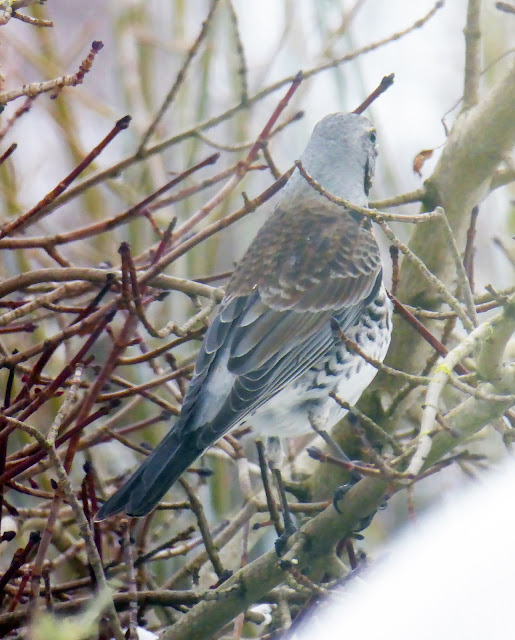 We always enjoy seeing Goldfinches. This one was in the Silver Birch, which some of you may remember from the Tree Following meme. 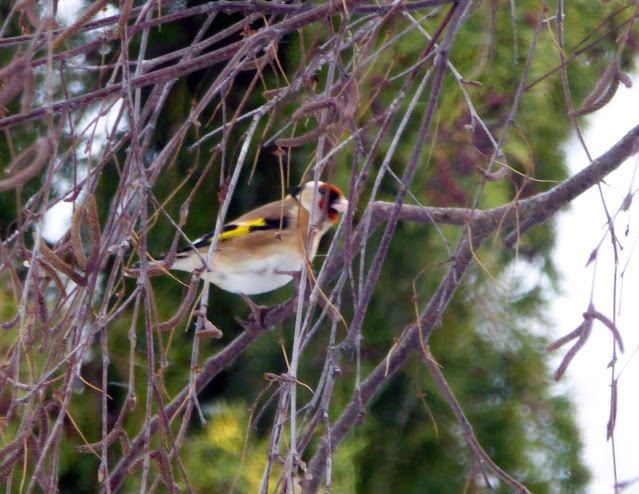 This 'woody' corner of the old decking seems to suit these small Cyclamen. They don't seem to spread much, but are always a joy to see. But it was the miniature Iris reticulata in bloom that particularly caught my eye this morning. 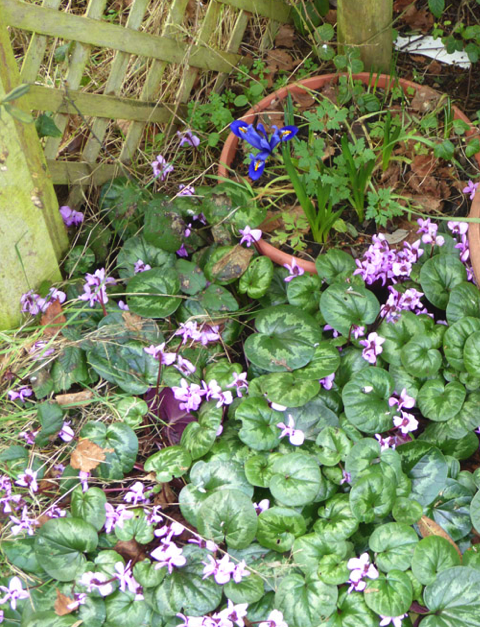 As you may know, we have been keeping an eye on four Wasp spider egg sacs over the winter. What you see in the photo below is, we can only think, the remains of one of them. The grassy area in which all four were last seen was under about 20cm of snow for almost a week earlier this month. All our snow has melted, but the long grass is bent over in swathes.

Back in the summer, we were visited not only by Wasp spiders, but also by a couple of Common Lizards who, to our great excitement, were sighted on our patch for the first time. These 'firsts' may be totally unrelated, but it was nevertheless intriguing to read on @Tone_Killick's Twitter page for 15 December 2020 that it is extremely rare in the UK, there being probably only one instance, to find a photograph of a spider with vertebrate prey. It just made me wonder whether the spiders on our land were after the lizards, and not the other way round, as I might have supposed.

As for the egg sacs, well, time alone will tell whether the colony of Wasp spiders increases here or whether the wind and cold weather have killed off the overwintering eggs. 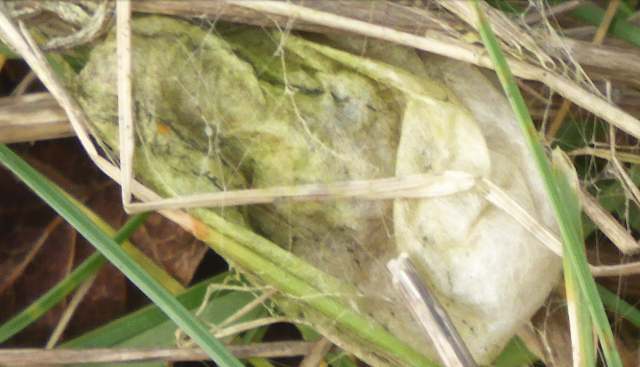 On a more cheerful note, it was good to find two different kinds of ladybird making the most of the sunshine. The 7-spot emerged from a large pile of twigs, and what seems to be (the much smaller) Pine ladybird (Exochomus qadripustulatus), with its rim around the elytra, was perching on a leaf. 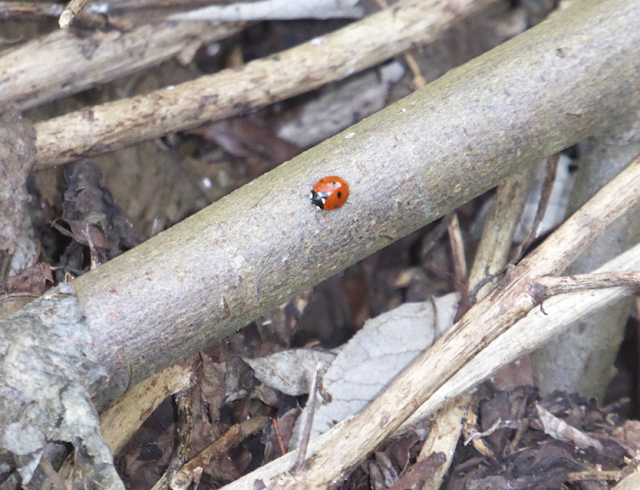 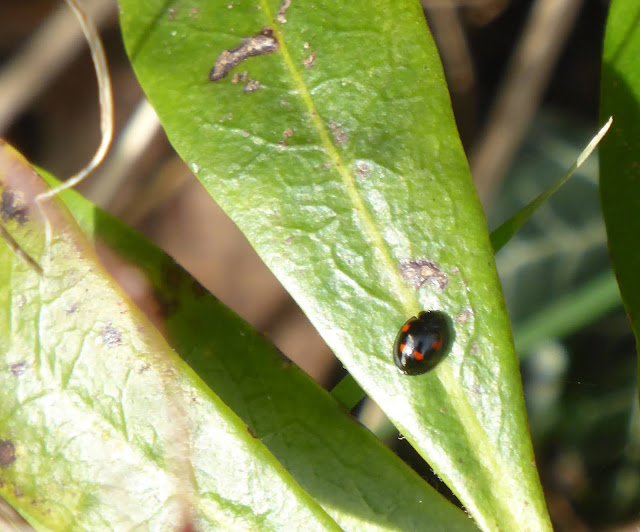 There were a couple of (?Nursery web) spiders running about on the relative warmth of the old tray. 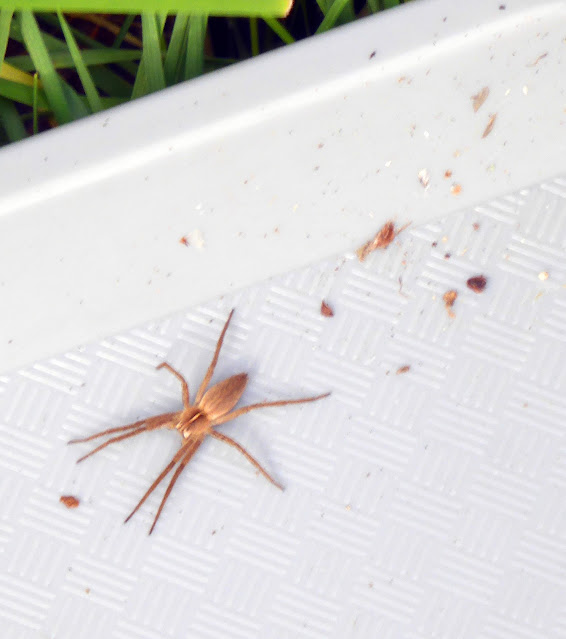 It was a delight to find two Daisies in the grass. 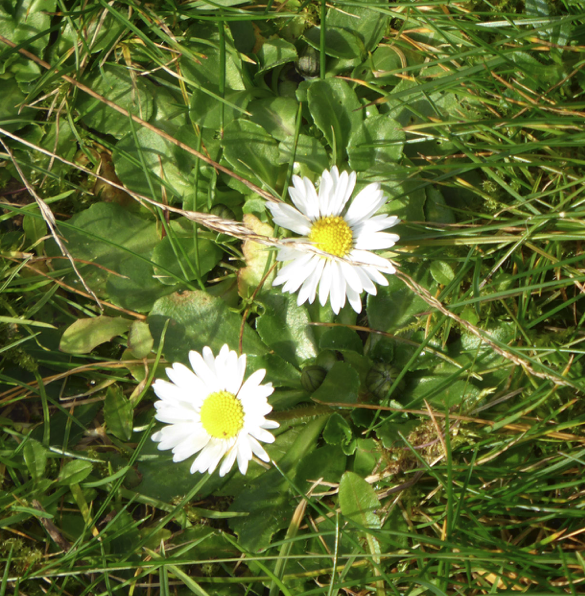 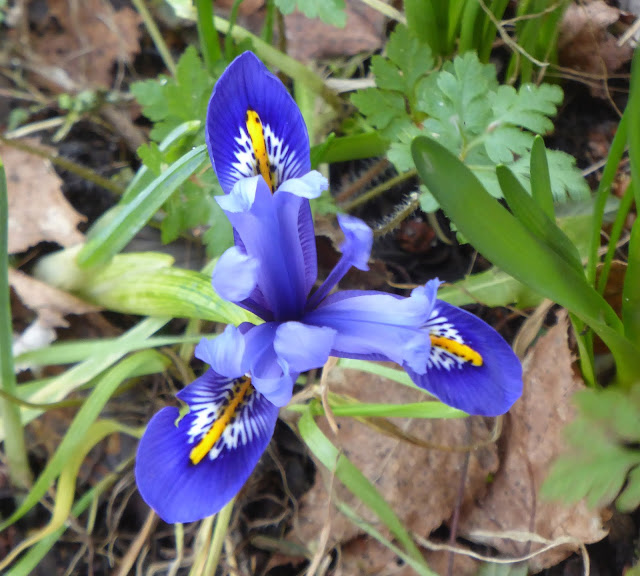 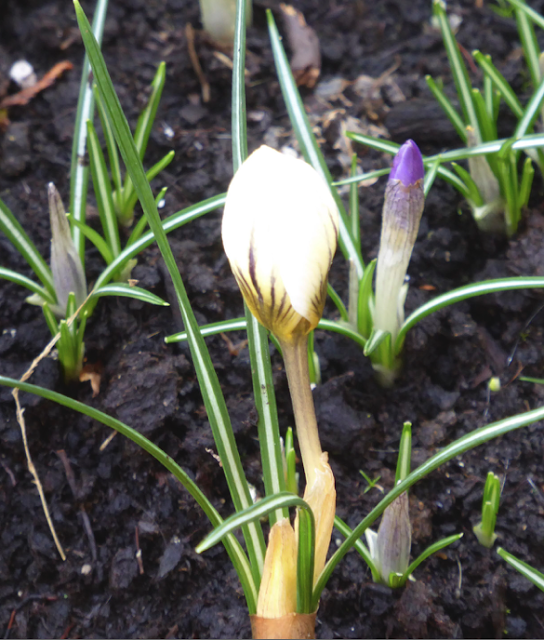 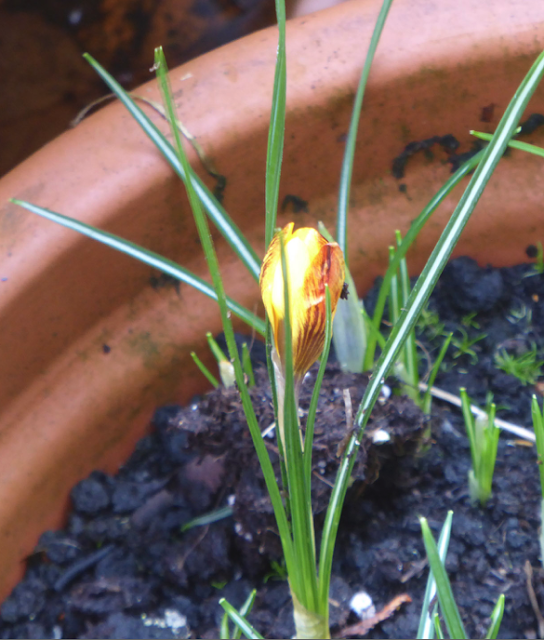 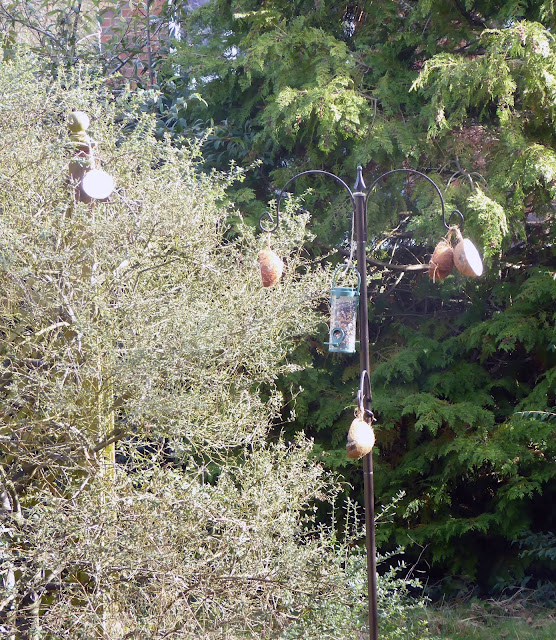 This is our new feeding pole, which although empty in this picture, has already attracted Long-tailed tits, Great tits, a Robin, a Pigeon, Blue tits and Starlings. There is plenty of food for all comers, and yet the Blue tits, in particular, insist on dive-bombing their fellow Blue tits and also the Long-tailed tits.

We have never had an Aconite in the garden before. There is just the one, in a very scruffy old pot, so I am intrigued whether perhaps we planted a few bulbs last autumn. 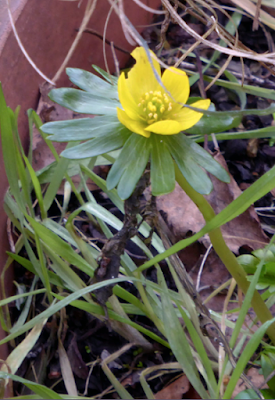 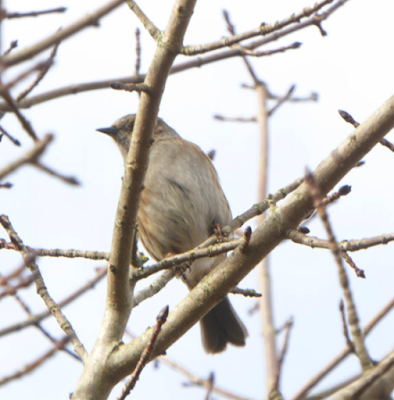 And finally, do let me know your thoughts on the (pretty shy) bird above. I thought it was a Sparrow, until I took the photo below, which is certainly one. The two bills don't look the same shape to me, but I am really pleased to find a House Sparrow in our garden. There was a little colony down the road, but it dispersed last summer when one of the houses had building work which interfered with a particular hedge.

The last House Sparrow record for our garden is June 2020. These once-common birds are now categorised as Red in terms of conservation on the RSPB site. I hope we will see more of them in the days to come. 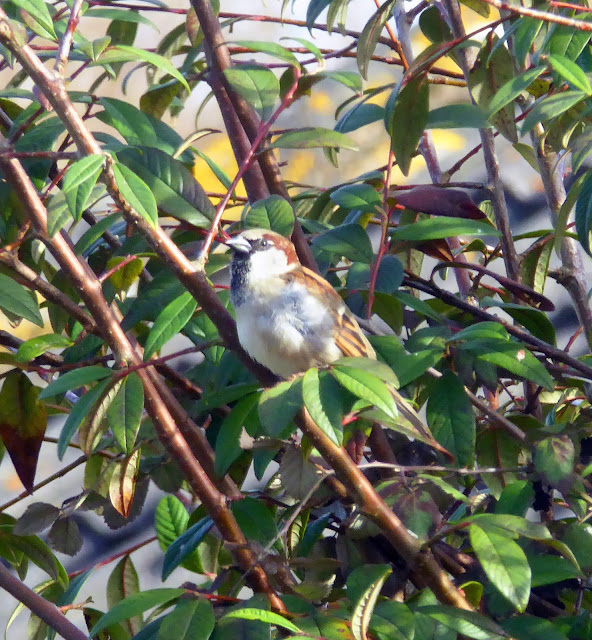 Lovely selection of photos from your garden! I think your unknown bird is a dunnock, though it's not the best angle to be sure.

Might that bird be a Dunnock? The beak is different from the Sparrow. Jenny.

Thank you, CGP and Jenny ... Dunnock, as you both suggest, makes perfect sense as a single Dunnock often frequents our garden. We always had a pair until the autumn.