I mentioned that I would add some more Cley photos in a second post, so here they are. We were thrilled to see Bearded tits in the deep reedbeds with the Sedge Warblers. We stood poised on the path, listening for the ping that often precedes their presence. These beautiful birds are extremely elusive! 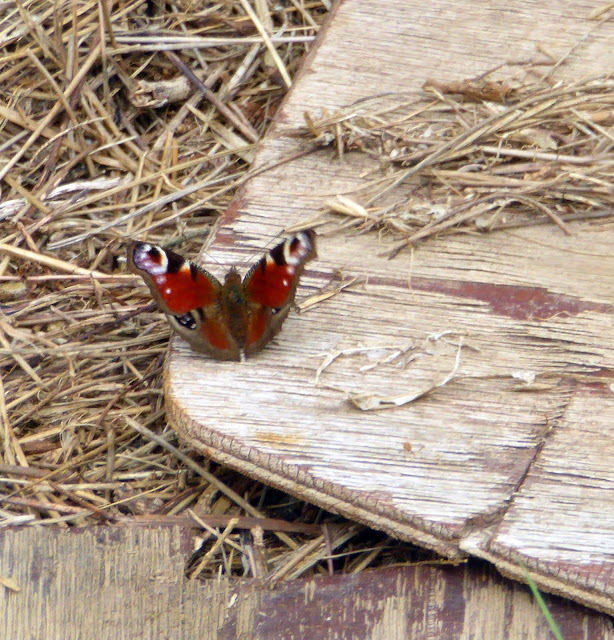 But it was not just tits and warblers in among the reeds. It was lovely to see a few butterflies, including this Peacock in a sheltered spot below the raised path to Cley from Morston Quay. 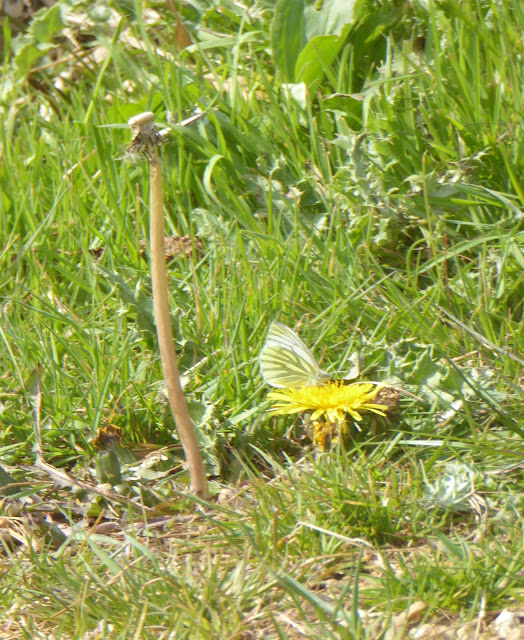 We were just about to enjoy our picnic lunch when I noticed what I took from a distance to be a female Orange Tip, but when I drew near I realised it was actually a Green-veined White, another seasonal first for me. We actually saw several flying about near a patch of dandelions. 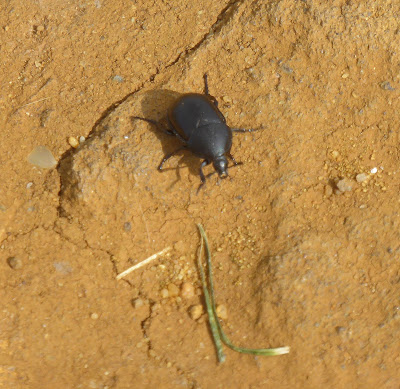 Unlike the Peacock butterfly, this black beetle was strolling along the top of the bank in the sunshine. 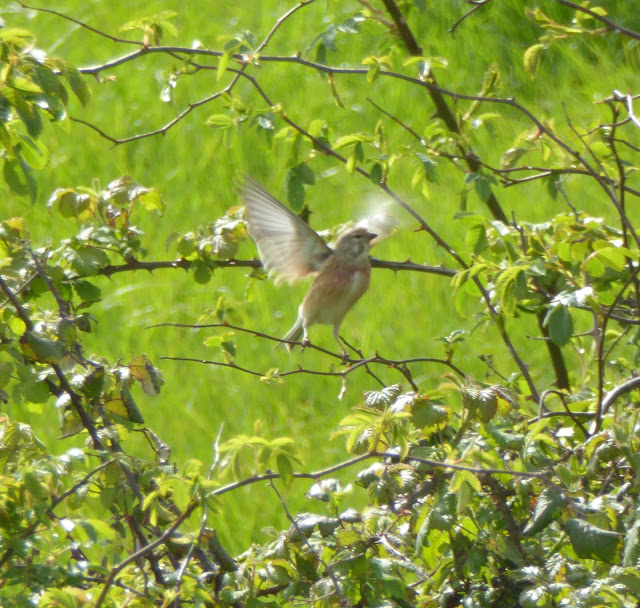 David noticed a streak of red in the brambles at the edge of the raised path, and it turned out to be the chest of a Linnet. I think this is my best view to date of a Linnet's back. What lovely pied markings on the tail. 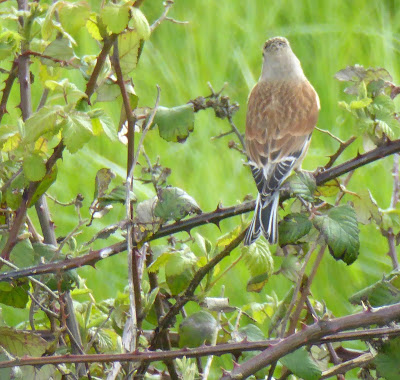 There are usually quite a few Avocets on the Cley reserve. I was so hoping to take a photo of one in flight, but this will have to wait for another occasion. I see it is the 70th birthday of RSPB Minsmere (down the coast, into Suffolk) this weekend and that there is a new Avocet mug to mark the occasion. 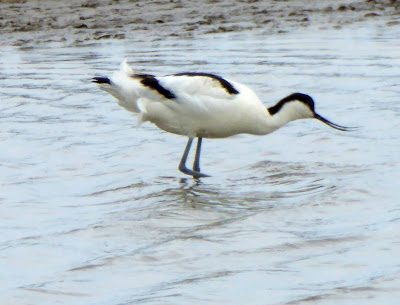 These Bearded tit pictures below are definitely 'click-and-shoot' shots, but who could resist these magnificent little birds? And it seems to me that the 'beard' is definitely more of a moustache! 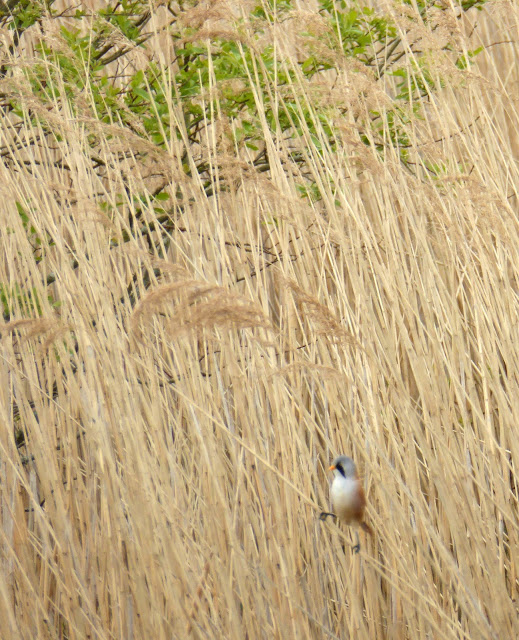 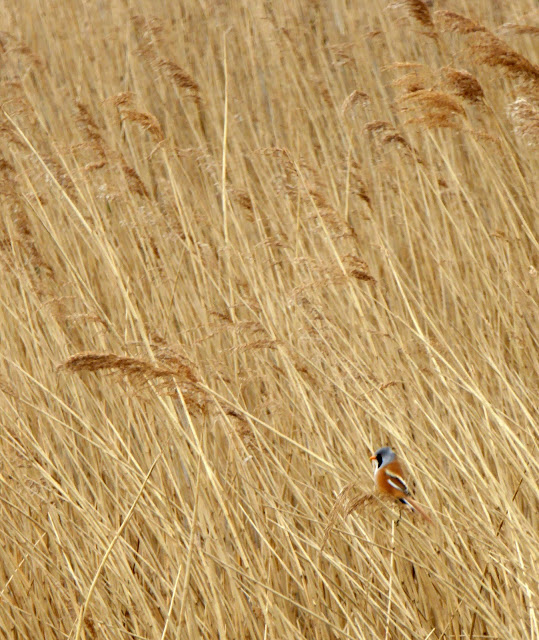 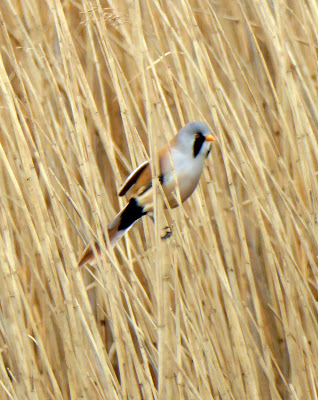 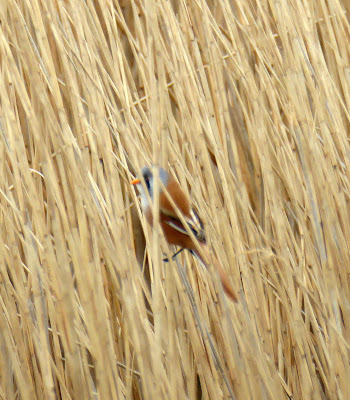 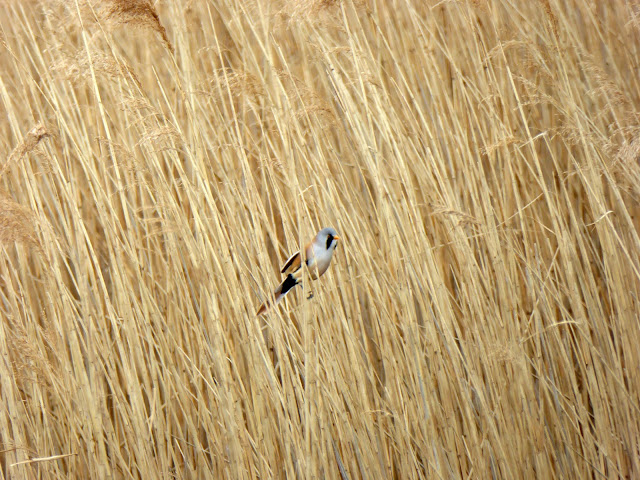 There were several ladybirds along the path to the sea at Cley. 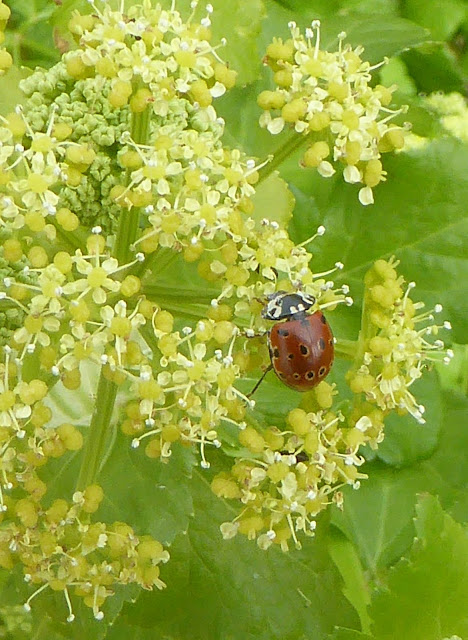 I am puzzled by this one, though, as it looks very like an Eyed Ladybird,
but I don't think the habitat is quite right
as these insects are usually found on pine trees and other conifers.
Another insect for the UK Ladybird Survey... 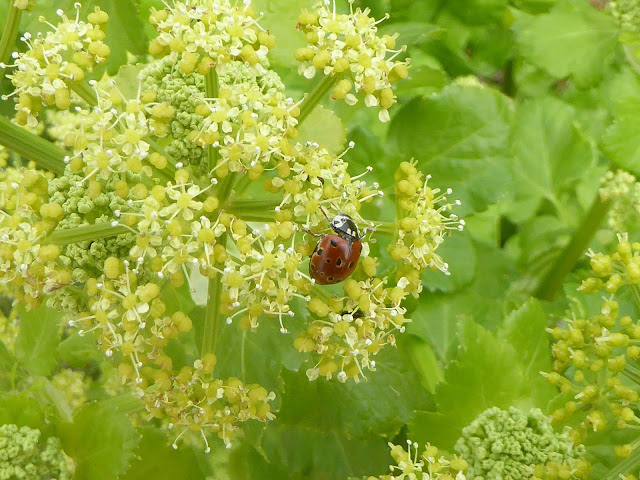 I love this landscape of mere, reedbed, sea and sky. Tides and migrant birds come and go, just like the light and the shadows. 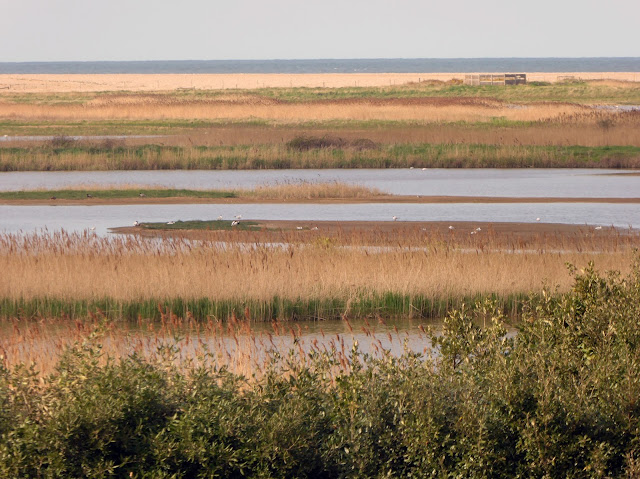 There was just time for a slice of malteaser cake on the terrace at NWT Cley before heading home to Suffolk. 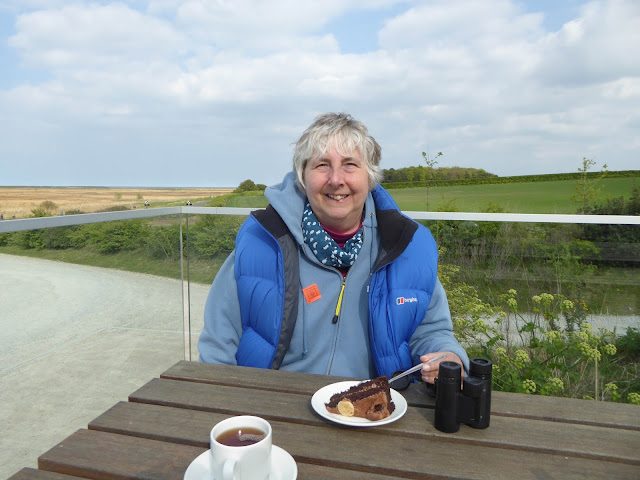 Looks like a fabulously productive day, with great photographs to boot!

What wonderful photos of the bearded tit! A bird i would love to see! I also love the photo of the linnet with his wings outstretched - very balletic!

Another lovely post, you really did seem to have good weather too.
That piece of cake looks very tasty!

Wonderful pictures and I can see why you love the 'landscape of mere, reedbed, sea and sky. Tides and migrant birds come and go, just like the light and the shadows'...

I hope the weather this weekend is good, I'm sure there will be many visitors going to the 70th birthday of RSPB Minsmere

Enjoy the rest of the week, and have a lovely weekend too.

Looks like you had a great time Caroline and you were a whole lot more successful than I was when it came to photographing the Bearded Tits.