Tree Following - April to early May 2016

Welcome to my Tree Following post for April and early May 2016.

I am based in Suffolk, UK, where I have been keeping an eye on a Silver birch, B. pendula. I really enjoy following the Silver Birch B. Pendula and have added in a small Cherry sapling, Prunus avium Sylvia, for my second tree.

You will find the other Tree Follower links by clicking the Mr Linky link here ... so do take the chance to have a look at the new posts!


What a difference a month makes, though the last four weeks have been a complete mix of snow, sunshine, hail, strong winds, lashing rain, heat and cold. Admittedly we spent a few days in Yorkshire, where we felt the more extreme temperatures in the chilly range.

Both my trees have suddenly come into their own, showing signs of new green growth.


The Silver Birch is bursting with new leaves.

The catkins are swaying in the breeze and looking long in length and plentiful in number. There are also a good number on the ground.


As I type, there is a swarm of small insects - flies of some sort - hovering around the branches, which suggests to me (as if I needed any more proof) that the sap is well and truly rising. I believe the tree has grown a bit taller, too, shooting new branches skywards.

The tiny Cherry tree has some small leaves. It also has buds ... 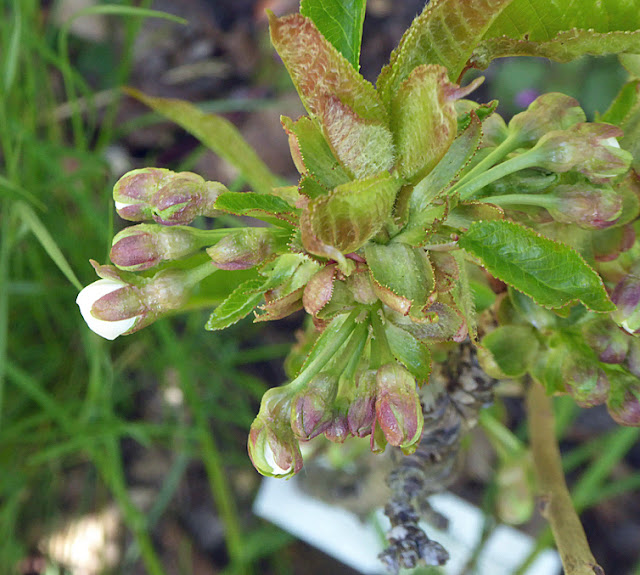 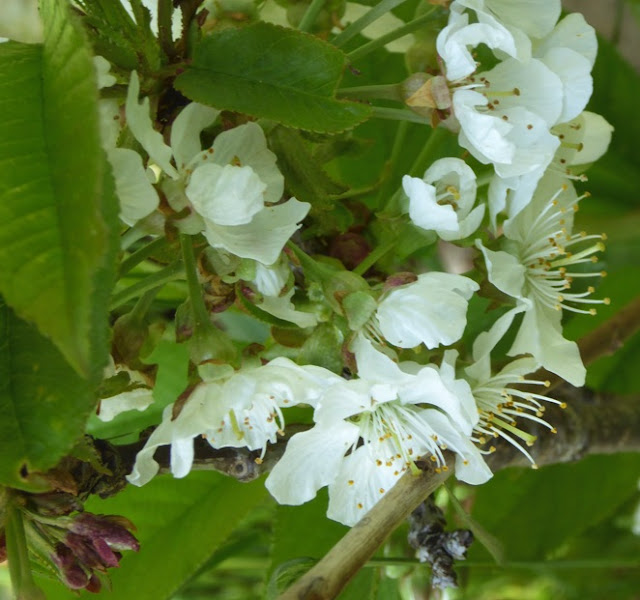 I am reminded of Housman's well-loved poem which we used to recite on May Day in my Junior School in Kent. We also washed our faces in the dew. Once these activities had been completed, we would take our coloured streamers and dance in formation (well, we tried to dance in formation) around the maypole. Happy days in the Garden of England!

Every other month I post a full list of species seen in the immediate vicinity of my trees. On in-between months like this one, I simply record the wildlife seen during the previous four weeks. I had been wondering for ages when I would see my first Orange Tip of the season as the species is an early one, and I have already seen Small Whites (along the Humber estuary), Small Tortoiseshells (at Rievaulx Abbey in Yorkshire) and a Brimstone (not far from home). Well, today was the day! A male Orange Tip fluttered under the swaying branches of the Silver Birch about an hour ago.

So here is the full list for the last month ...

Avian sightings seen since the last TF post are shown in yellow. There have been no new birds this month.

lovely photos, Caroline, silver birches and cherry trees are both lovely at this time of year

Everything IS happening at once, isn't it?
I love the gentle green of spring leaves - birch's are so cute.
And the catkins on the ground always remind me of caterpillars.
That spider is magnificent, and I can't decide whether I would cringe or not if I saw it in the flesh - they are big, aren't they?
All the best :)

Lovely photos, especially of the critters in your tree--and around it!