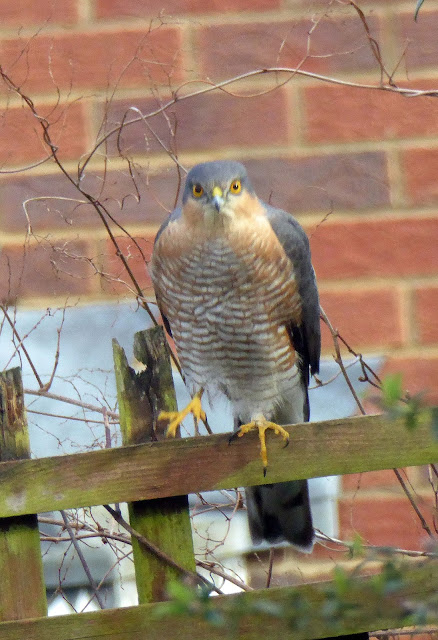 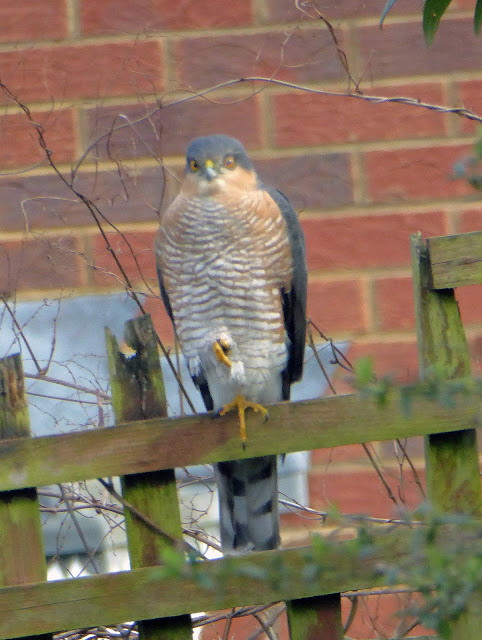 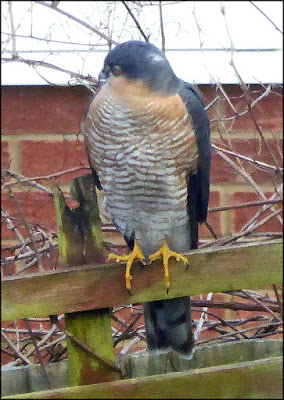 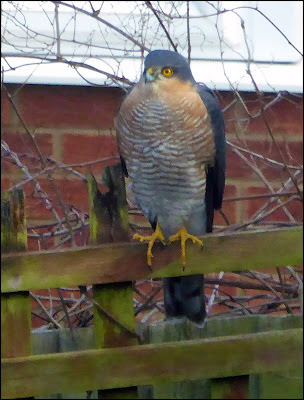 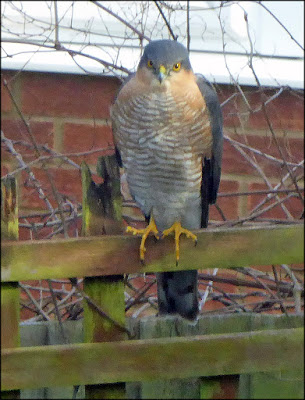 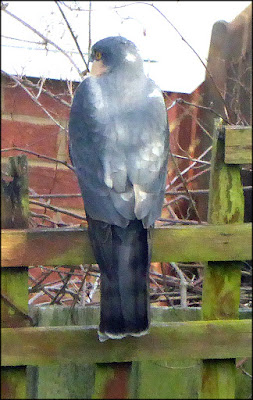 Lovely photos of a very impressive bird! We see sparrowhawks a fair amount in central Edinburgh, though most of my sightings of them have been in the woodlands.

I love this predator, and it makes me want to draw and paint!

No such visitor here...Thanks, Caroline!

Super photos. They are very active in our area too now.

Great photos :) I haven't seen one yet this year in the garden but will be looking out for one now :)

Fabulous...we have similar hawks here who are out hunting now.

The sparrowhawks visit here too but I am never fast enough nor lucky enough to get pictures. Those birds can move when they have something in their sights.