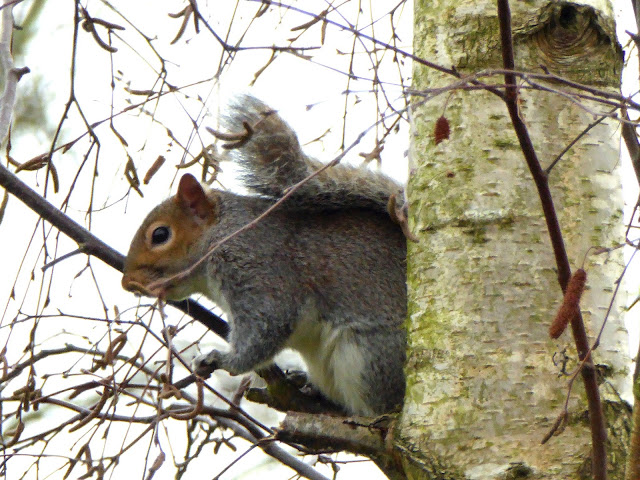 Isn't it annoying when usual birds don't show to be counted. It makes you feel like cheating - but then you can't because they are maybe being counted in someone else's garden. At least you can tell us about them. They really need a space to add birds that should have showed up!

It looks like you saw 2 more species than me although I did manage to get wren in the last 5 minutes! I haven't seen our Great Spotted Woodpeckers this year which is concerning me. I don't think I have seen the two adults at the same time but we did once have one of the adults and juveniles! I saw a Goldcrest yesterday - as usual turned up after the count!!

Hello, congrats to you. The woodpecker is an awesome sighting. I am looking forward to our backyard count in a few weeks. Happy Tuesday, enjoy your day!

Lovely photos Caroline.. Isn't it annoying when they turn up after the count.. bit like my woodpecker..lol

Lovely photos, what a handsome great spotted woodpecker! Good list too, though annoying that some of the 'usual suspects' didn't turn up!

I loved seeing your wonderful birds! Thank you!