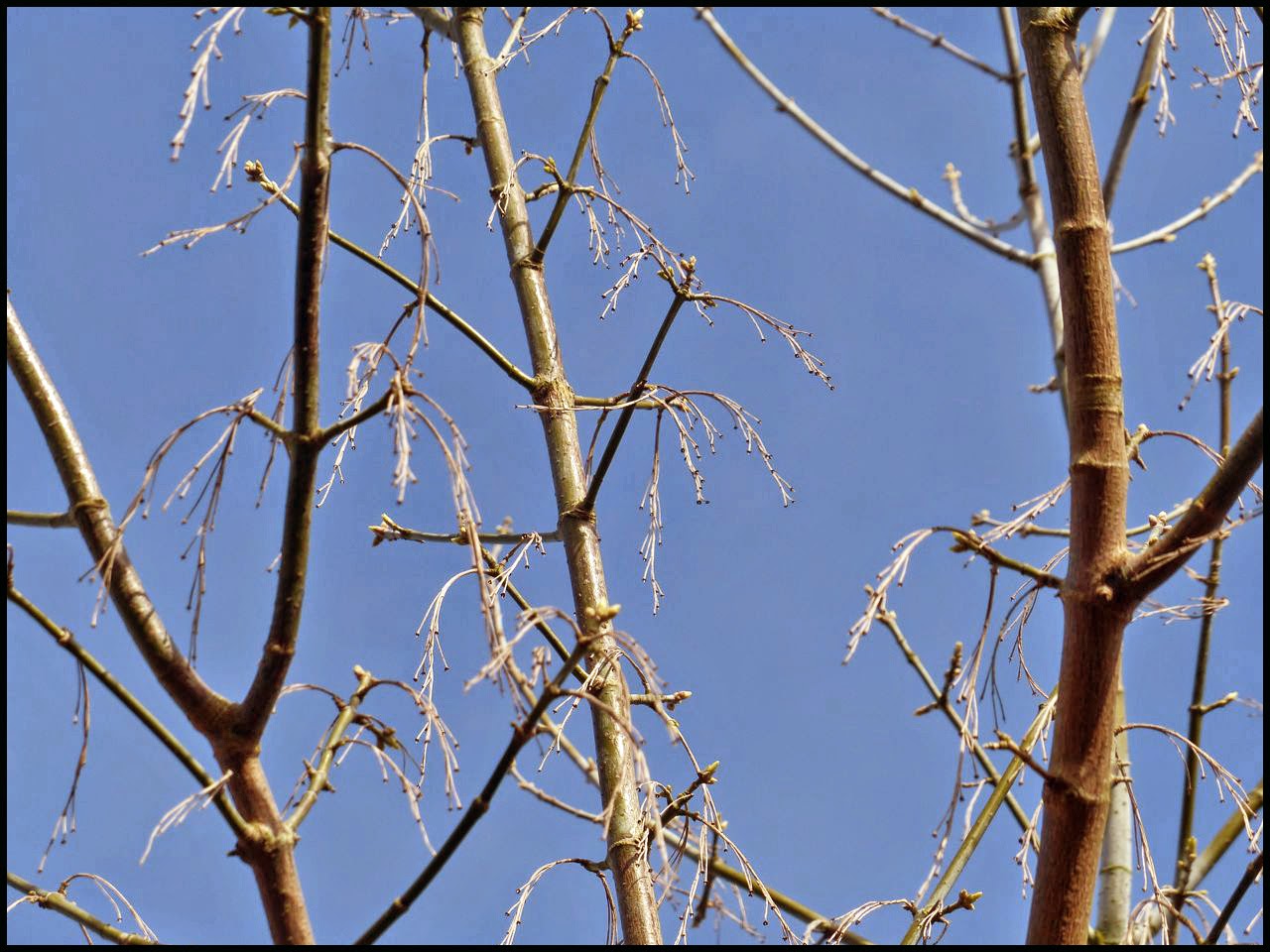 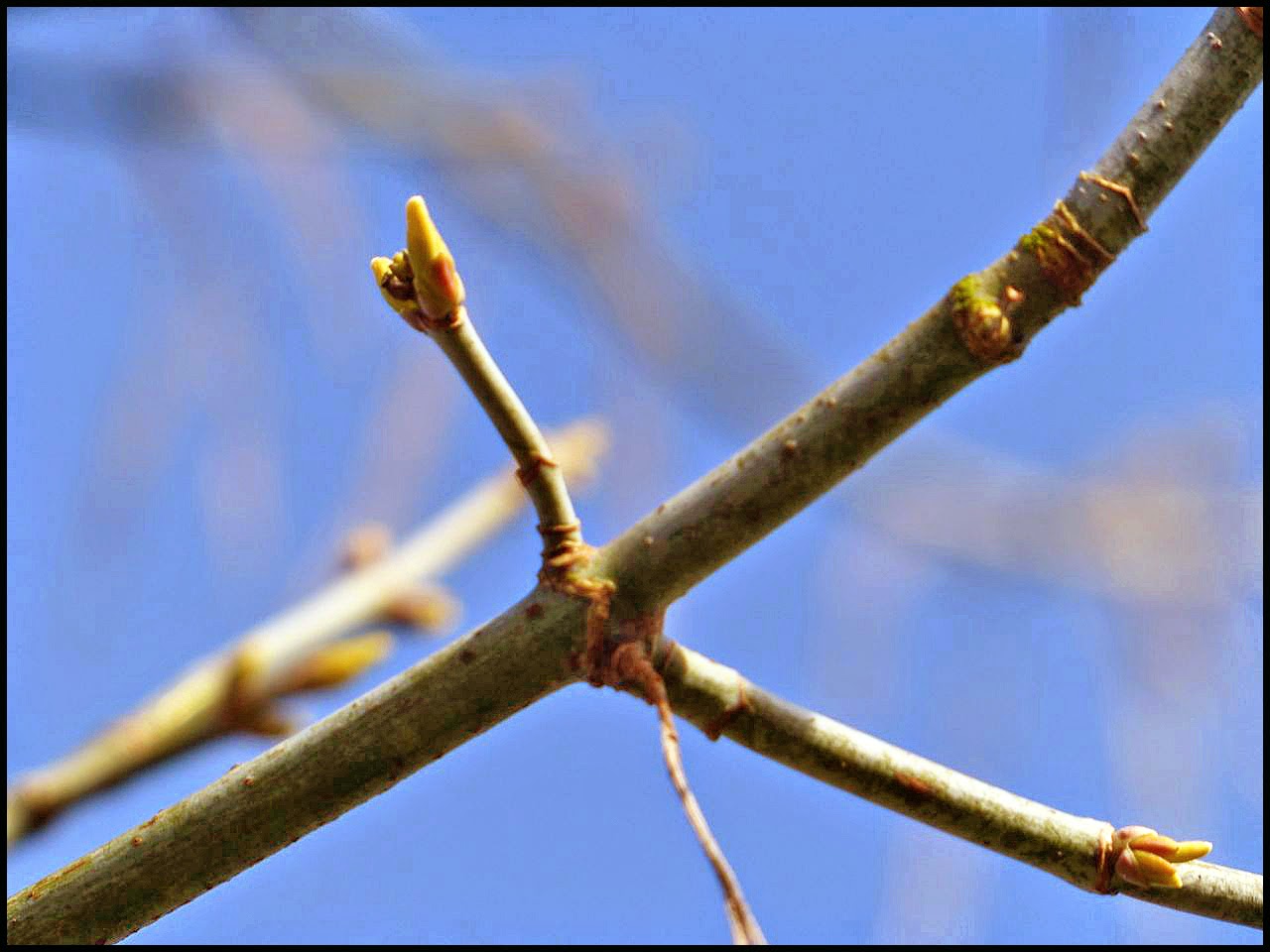 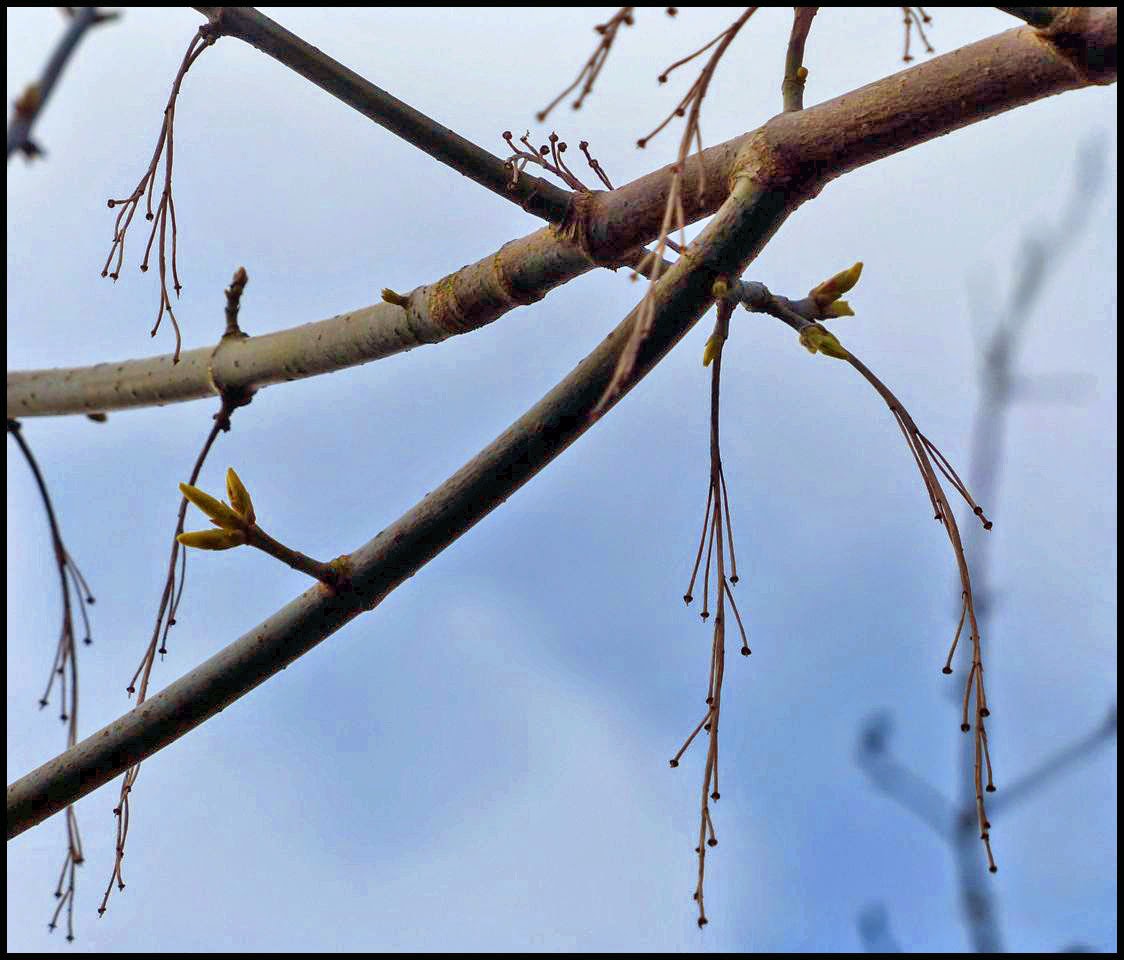 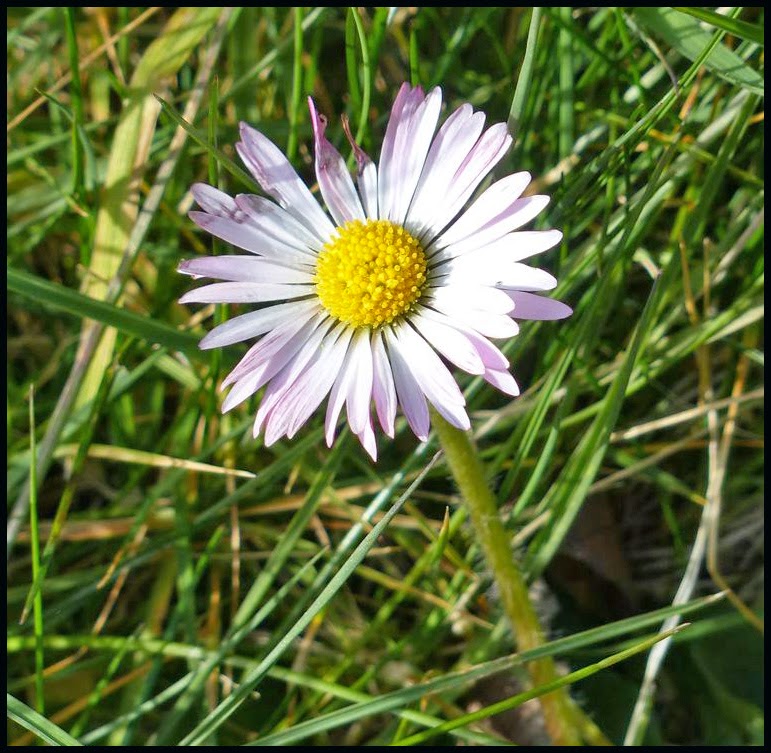 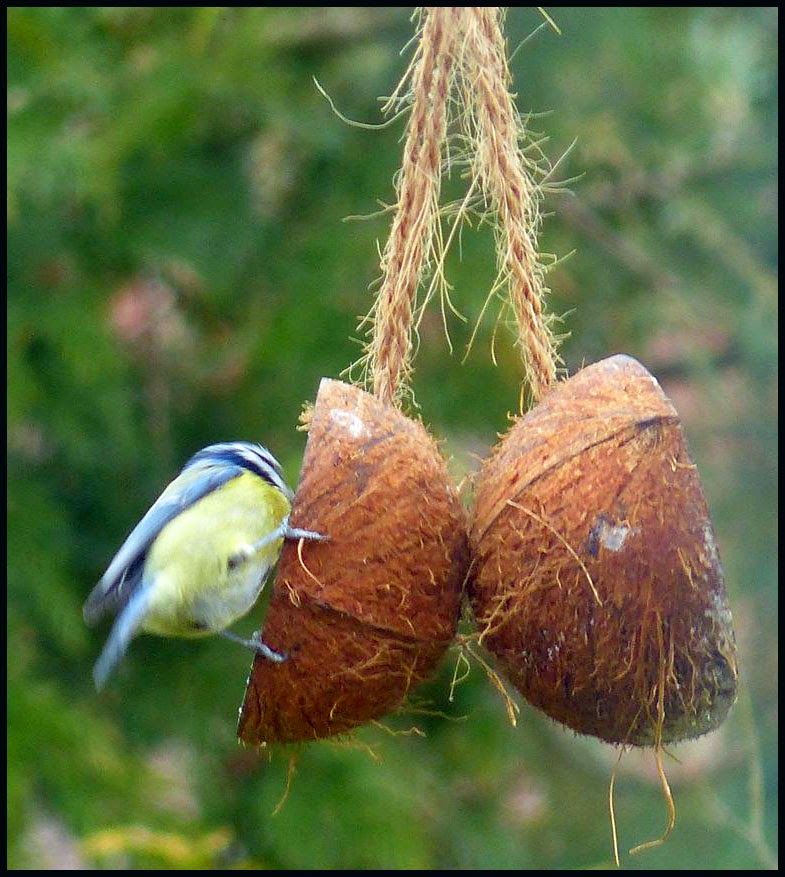 Hi Caroline, lovely images and post on your tree following.. The birch is pretty. I love the cute birds and the rainbow capture.. Have a happy day!

Interesting -- looks like your new tree has opposite branching (until one falls off). It's especially noticeable in the second photo. Maybe that will help with id.

Lovely photos and a really interesting post - especially liked the rainbow and balloon photos :) We have a magpie nesting at the top of one of our silver birches and a blue tit is inspecting a nest box in the very same tree!!

Hi Caroline, not sure what your new tree is but my first thought was a Lime tree, the long stalks could be were the seed and leaf use to hang of from the branch ?
Amanda xx

Wish I could help identify the tree....but you do have some lovely birches you are following. And great pictures of them especially the sunshine and rainbow.

Interesting read and I'm afraid I'm useless at tree id's, so can't help in that respect.
Those trees are obviously a host to variety of creatures and a real asset for one and all.