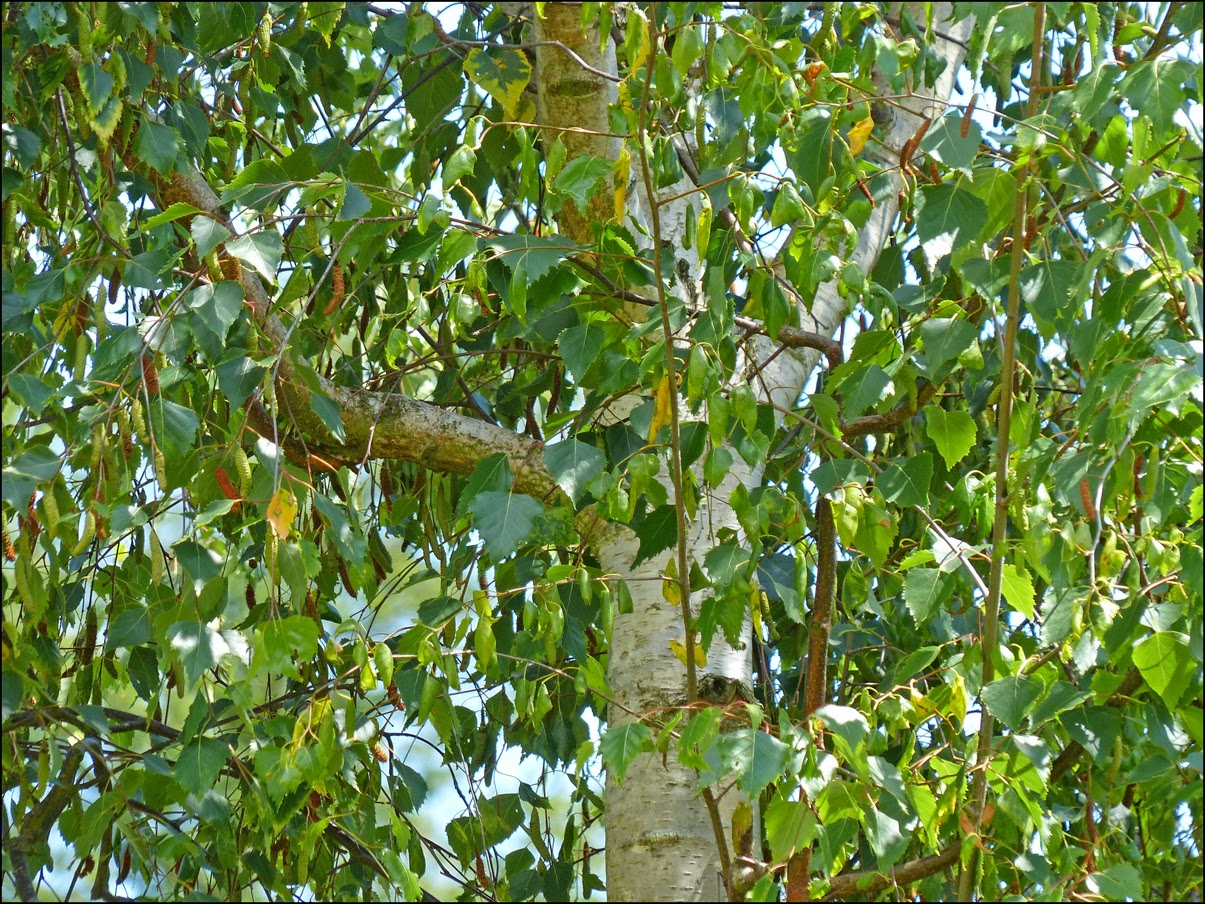 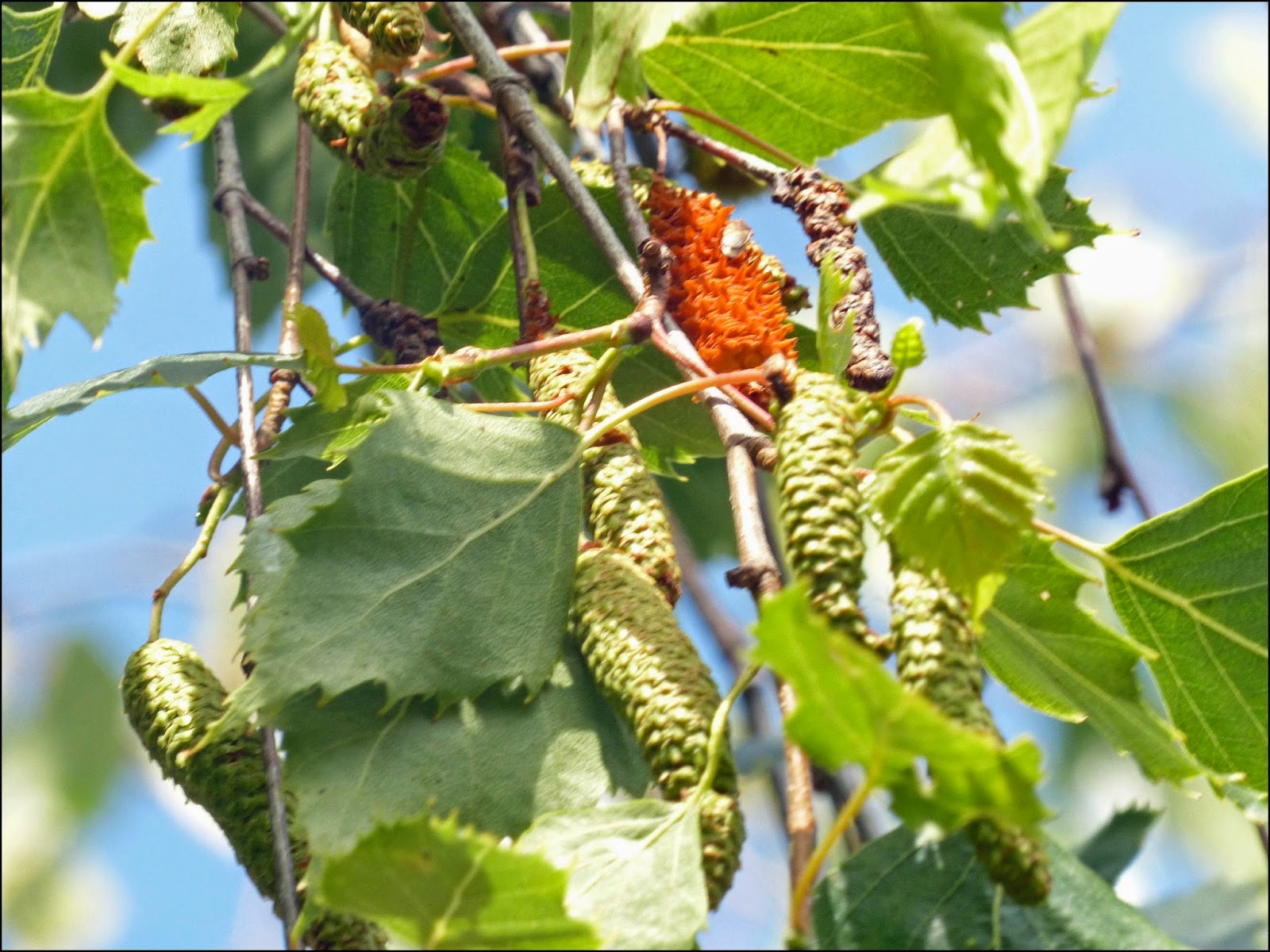 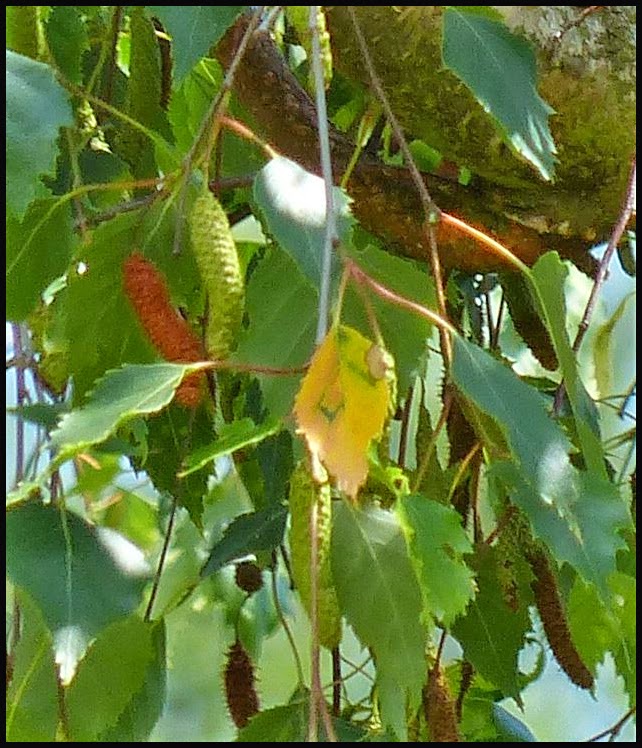 Caroline, I haven't read your wonderful post yet (I can see it's interesting by the pictures) but I'm dropping by quickly to say thanks for letting me know the pictures weren't showing up on Tree Watcher's post about the magnolia. I've changed it so they can now be seen.

that marmalade hoverfly is a creature of striking beauty!

Thank you, Lucy ... will pop over to Tree Watcher again now.

Lovely post on your tree following.. The birch is pretty. The squirrel is cute and I love the butterfly shot.. Have a happy week!

Caroline, your Birch is lovely. It reminds me of some wonderful trips to Sweden. Your photographs of the wee creatures are amazing! Thank you for looking at my Magnolia. I am glad the pictures all show up now. Lucy is kind enough to post my reports since I do not have my own blog, but am hoping to start one. I feel overwhelmed when I read about starting one, though.
Tree Watcher in the Pacific Northwest of Washington State, USA. No shortage of moss here!

Silver birches are one of my favourite trees. If there is not one in a garden when I move in, there is by the time I leave. Love the photos, the wildlife you have is great.

Great post on your tree, you have allot going on.Great photos too.
Amanda xx

A really nice post, Caroline. I particularly liked your diary entry. You must be one of the few that actually want a grey squirrel in their garden - which I think is nice.

Thank you to everyone for your kind comments ... and Tim, since we don't have any Red Squirrels here, I am happy to welcome Grey ones for now! Though having enjoyed their red cousins earlier in the year 'up north', I write this with a slightly heavy heart.

A lovely post. I love all your insects too.