We have just returned from a holiday on (well, mainly off) the west coast of Scotland. The weather was remarkably kind, and even hot at times. To date we have only processed the last of my digital films, so please forgive me if I begin at the end! I shall highlight the creatures we saw in yellow.

It seems remarkable to think that only last weekend we were ambling through the sub-tropical gardens at Arduaine, some miles south of Oban. We were looking for a picnic place on our drive to Dumbarton and noticed a sign saying 'Coastal Viewpoint'. It proved to be an idyllic spot, consisting of coastal views, unspoilt beaches ... 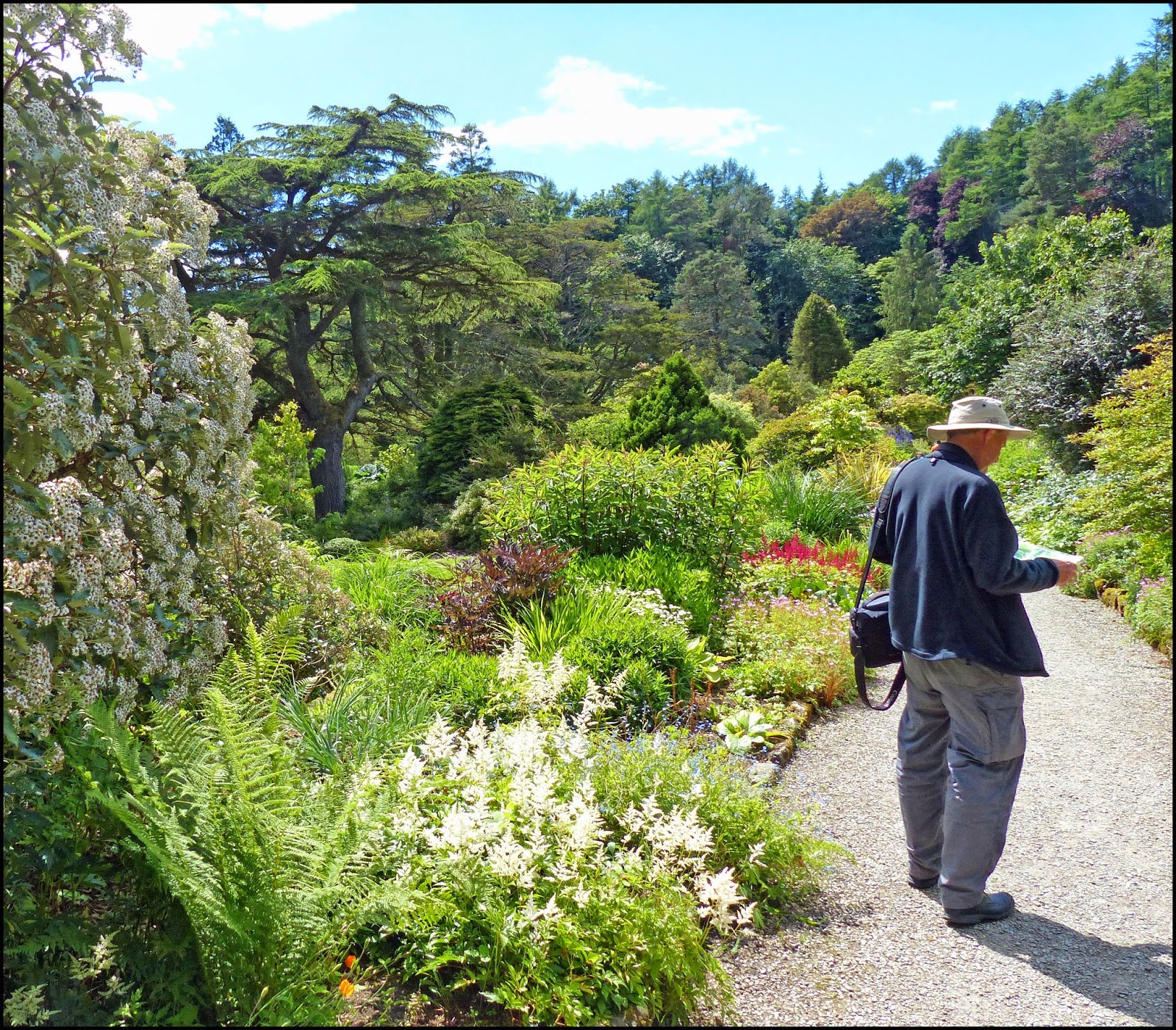 ... and glorious plants such as the one below. It seemed very strange to be sitting among palm trees in hot sunshine, but the gardens benefit from the effects of the Gulf Stream.


The Arduaine headland protrudes from Loch Melfort and the gardens, now in the care of the National Trust for Scotland, face south over Asknish Bay. The photo below shows the beautiful coastline along the edge of the garden - and despite the fact that schools in Scotland had broken up for the summer vacation, the beach was certainly a crowd-free zone. We watched Gannets flying from one side of the bay to the other and one visitor claimed he saw a White-tailed Eagle. 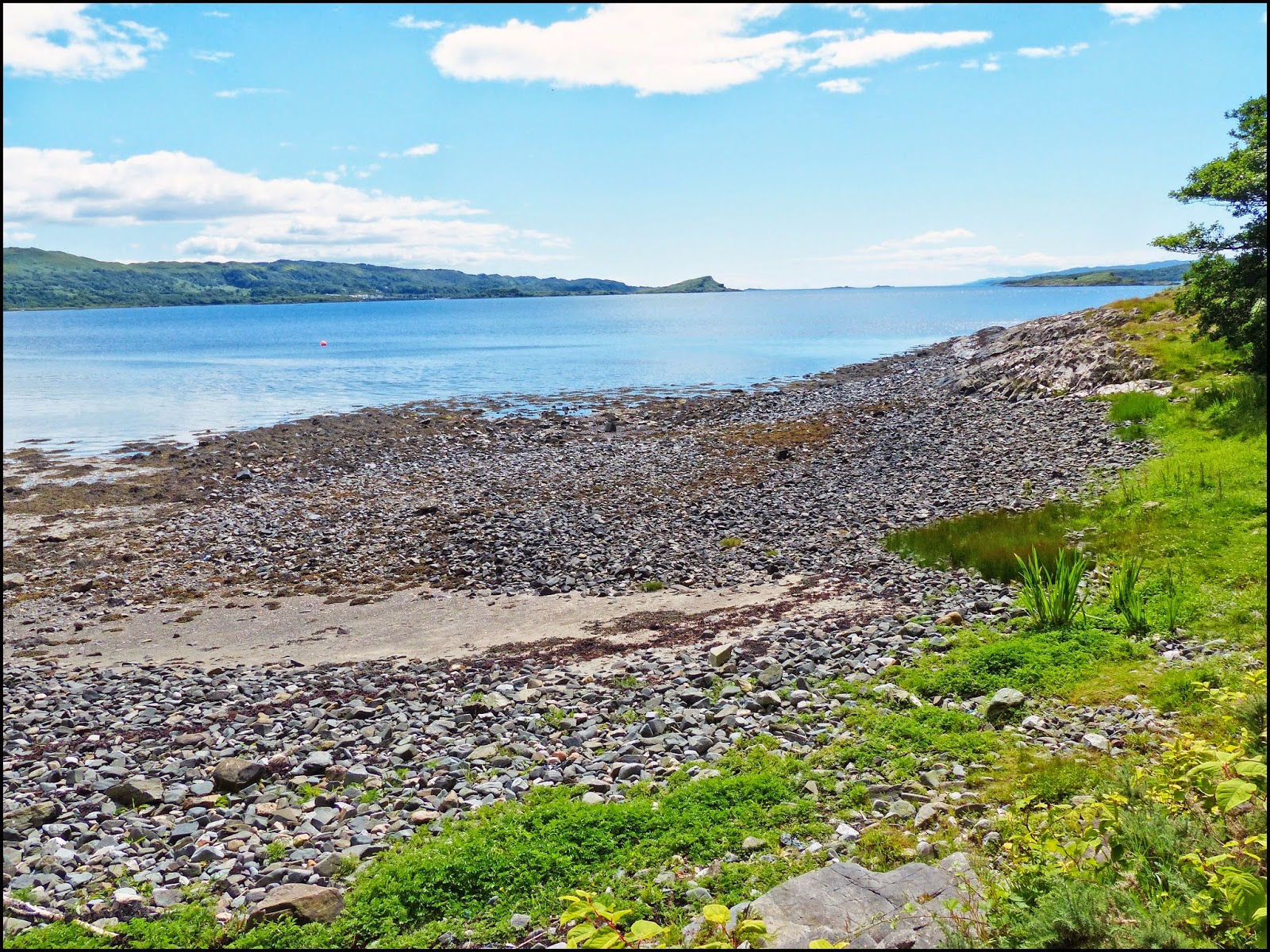 After enjoying the view we wandered inland to explore the part of the garden that spreads out around the pond. I had just turned my eyes to the water in the hope of seeing a newt when ... 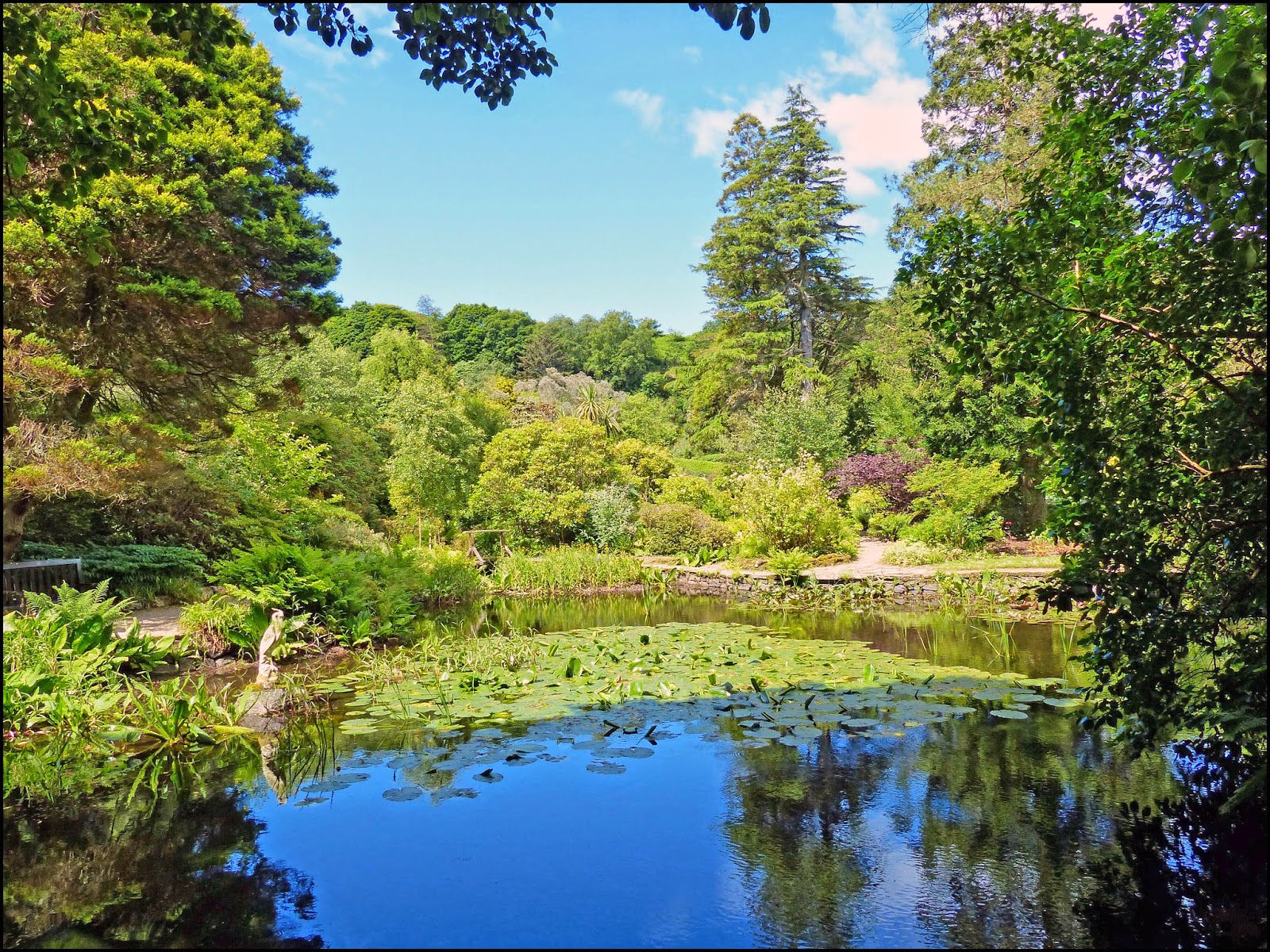 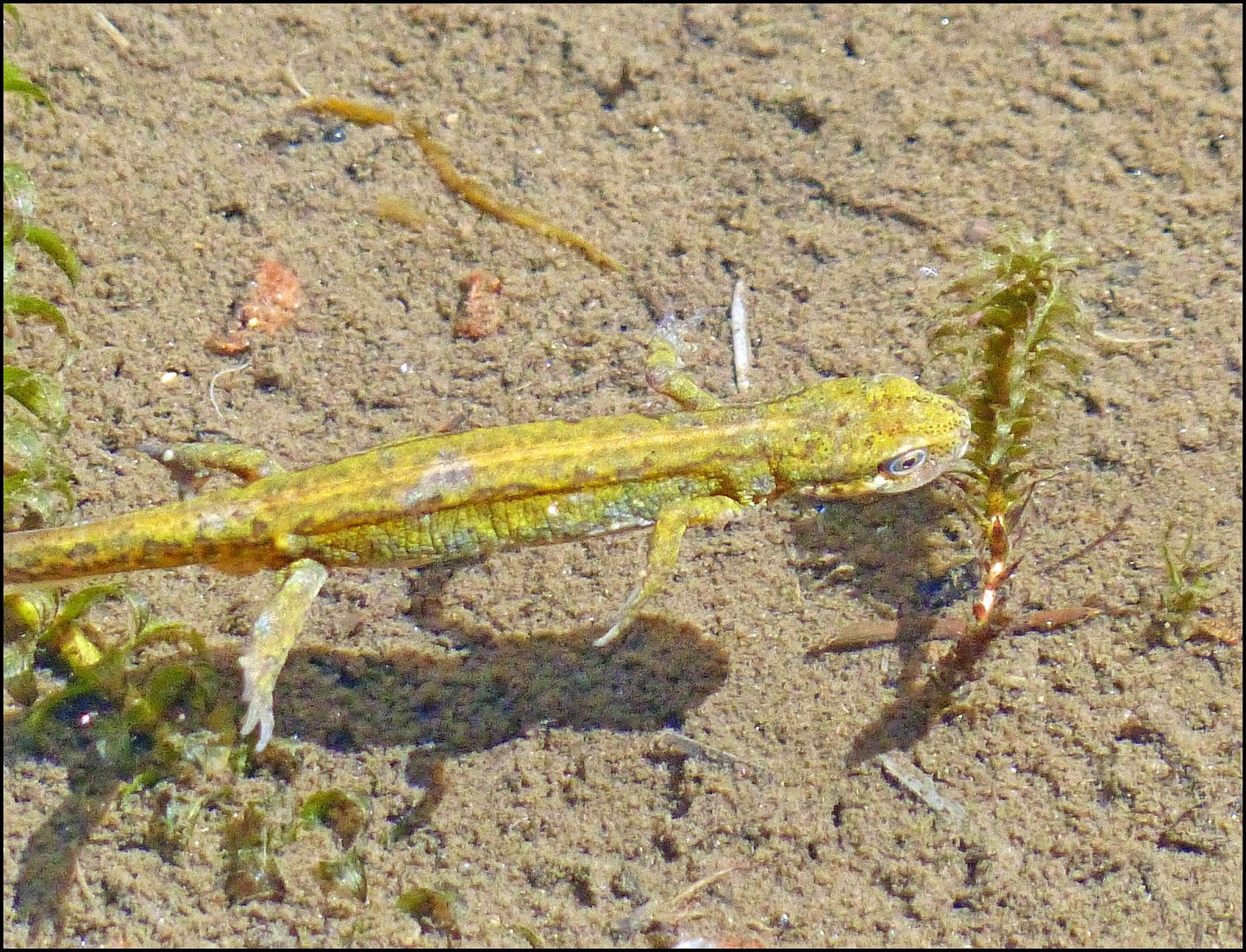 It was a small but fine specimen ... 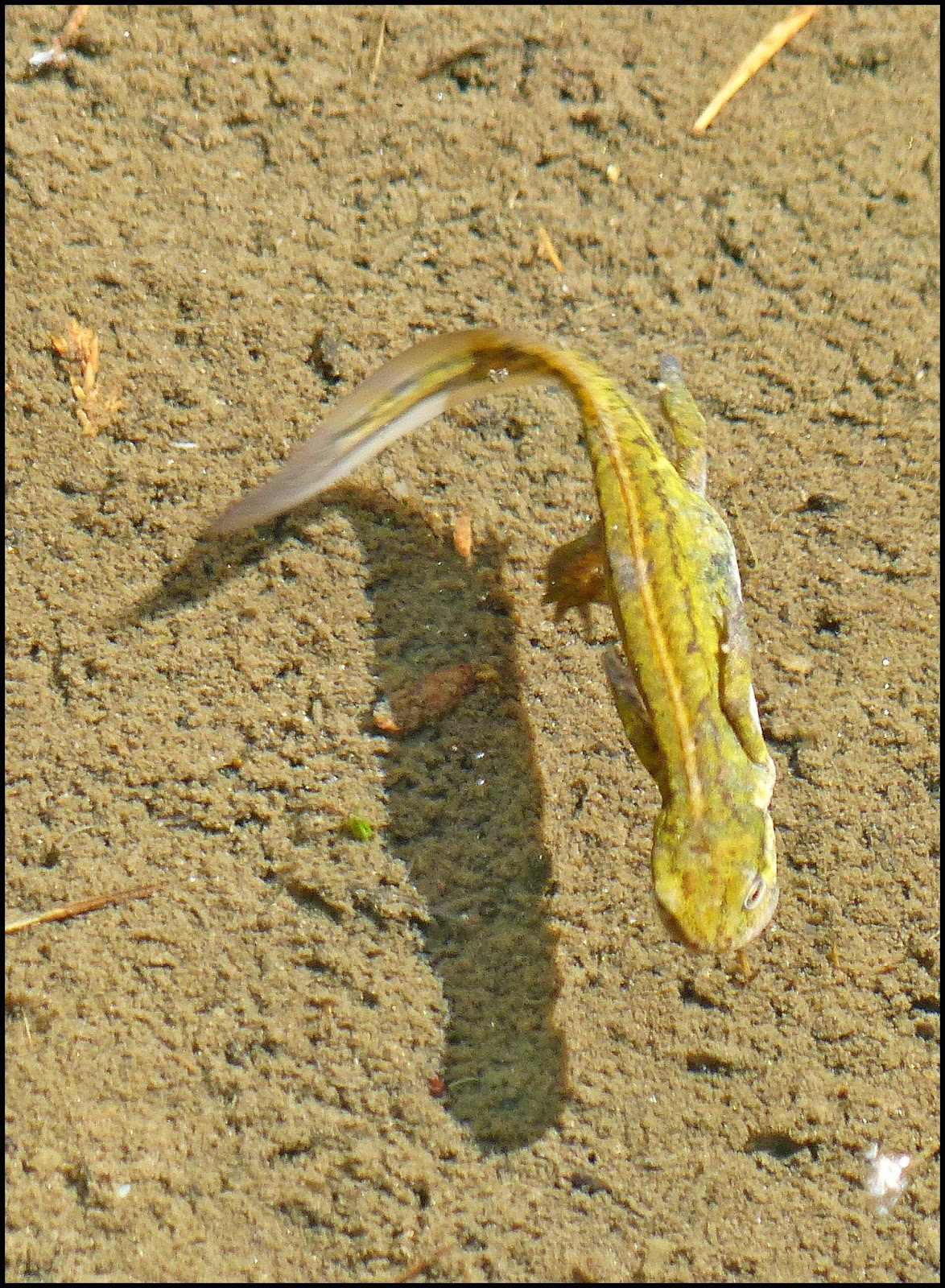 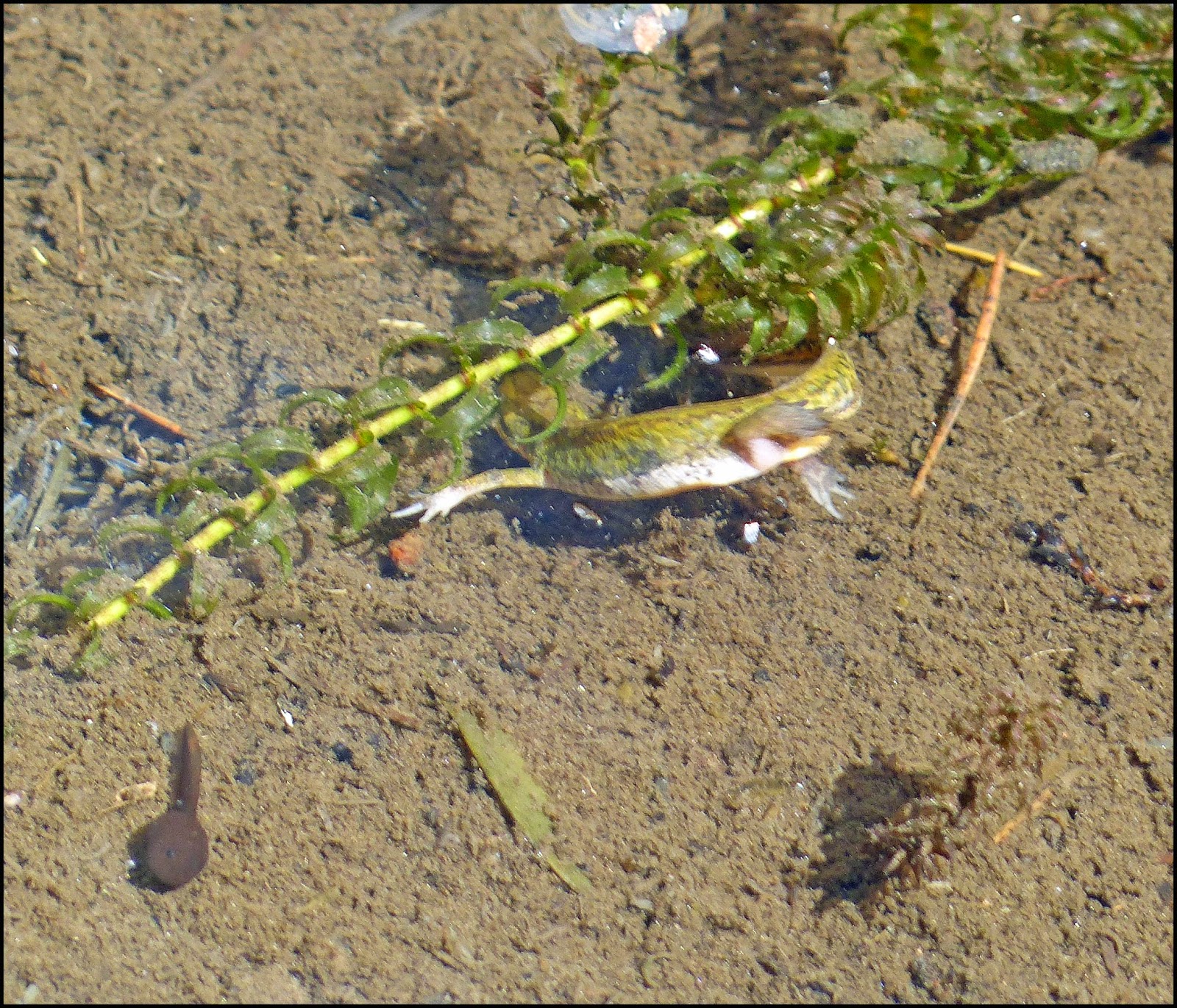 ... as it twisted and turned among the tadpoles ... 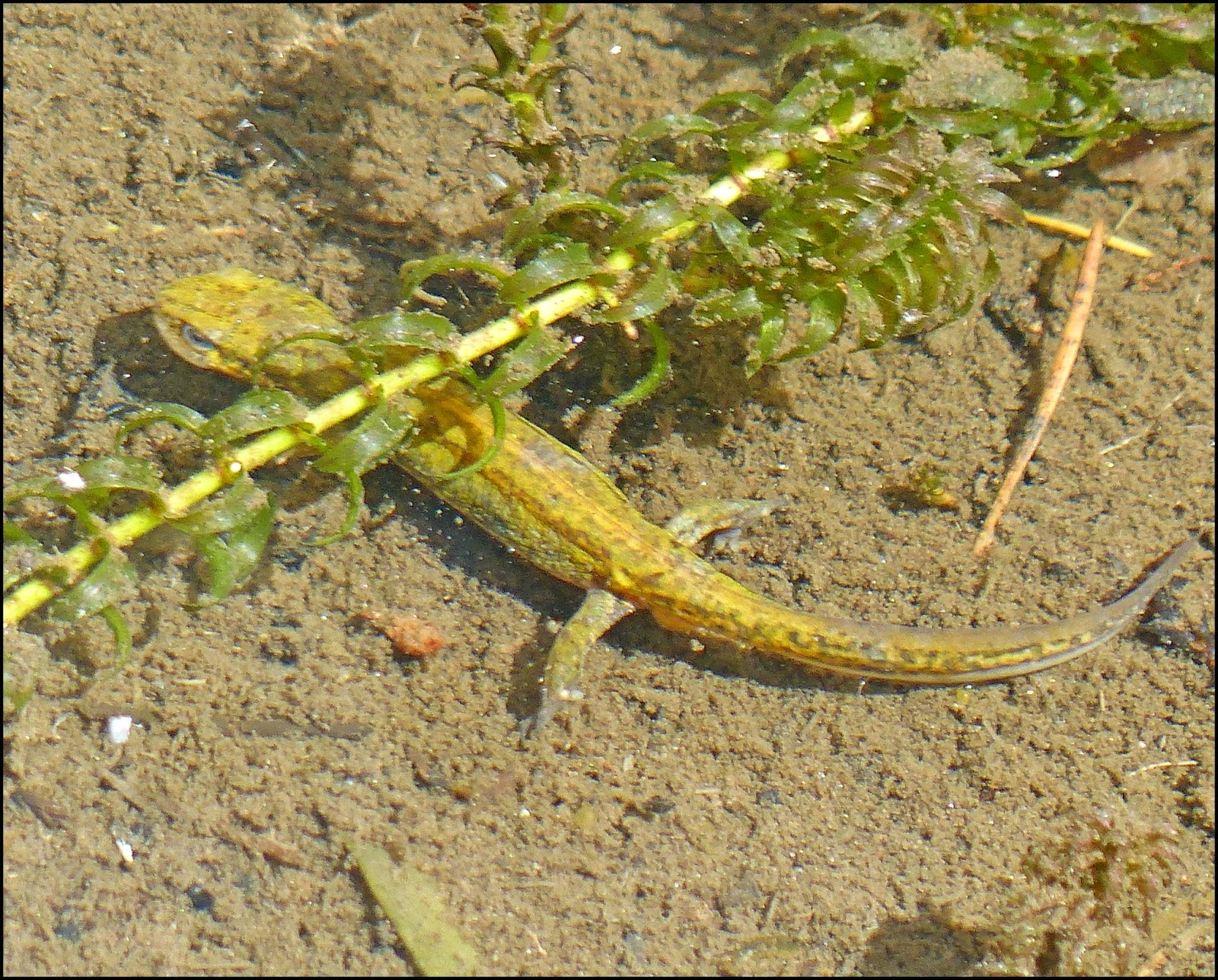 ... and dived under strands of weed. 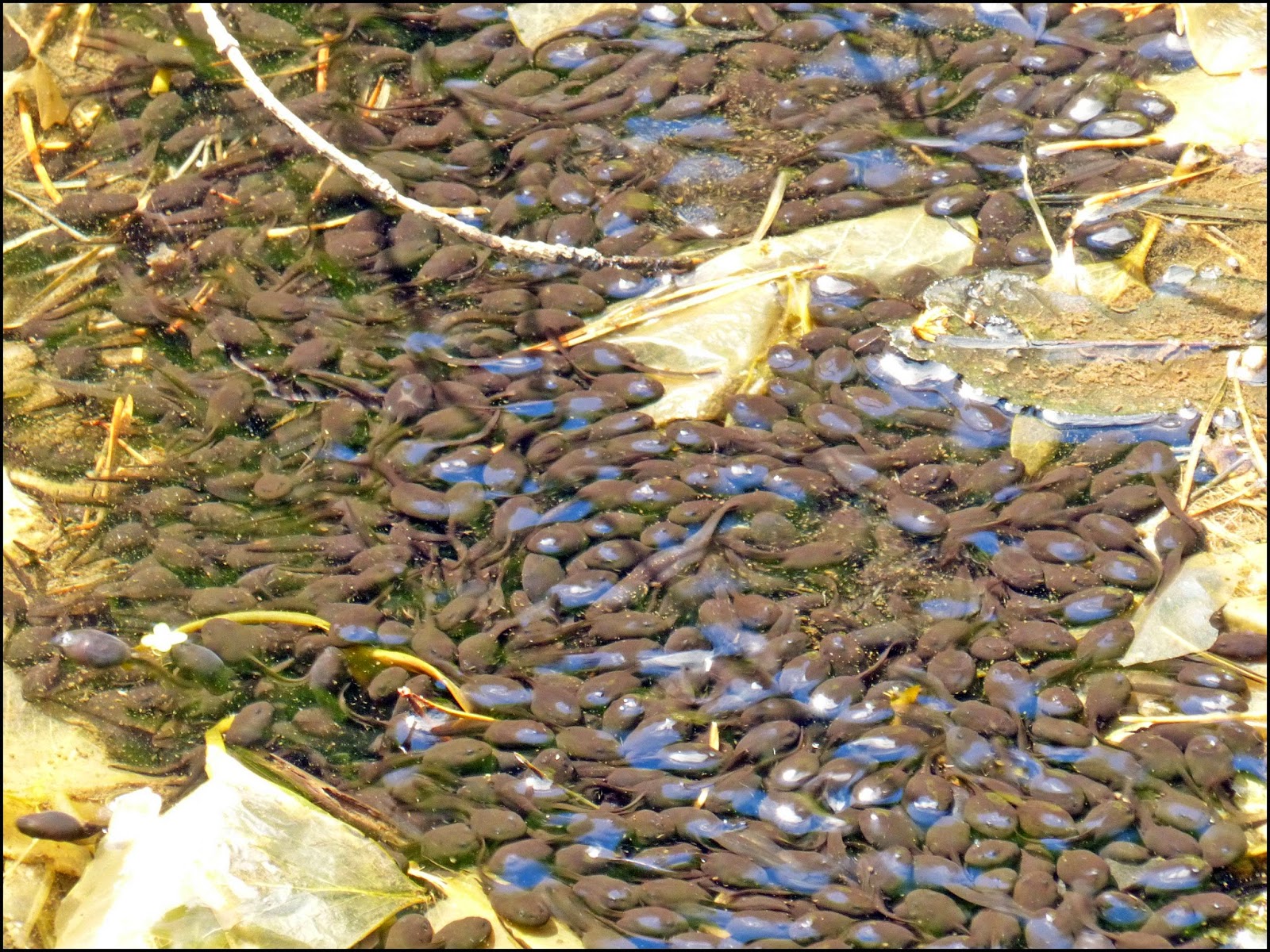 The tadpole population was certainly very healthy, though I rather suspect that all too few of these small creatures will make it through to maturity. 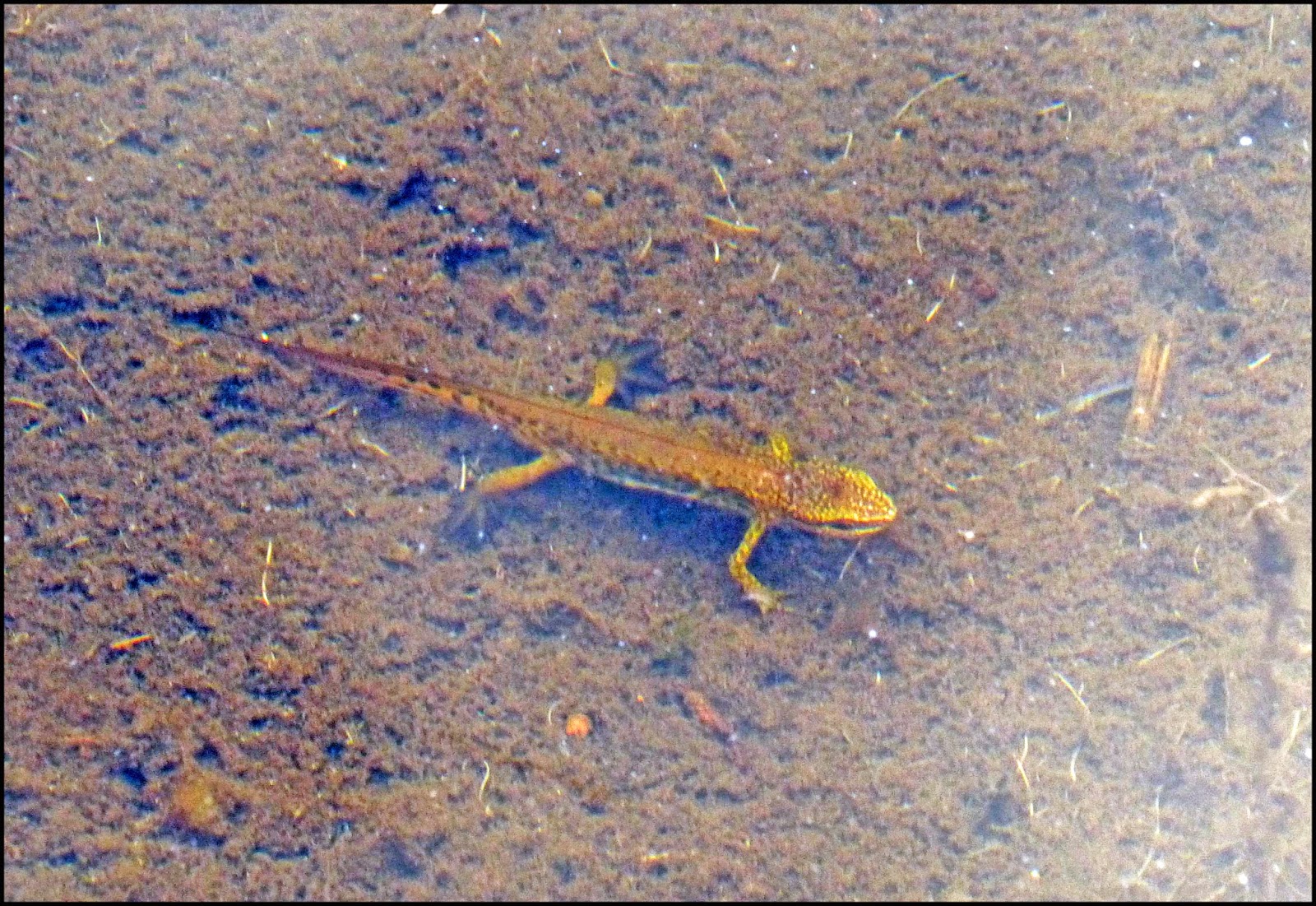 It was time to head for that elusive viewpoint, but just before we left the pond, we noticed a second newt (in the photo above). I had a hunch that the newts would be Palmates, perhaps juveniles, but I am not convinced that this identification is correct. I am submitting the sightings to the Reptiles and Amphibians of the UK (RAUK) site for their records. The only eft I have ever seen in Scotland was on the edge of Loch Awe. 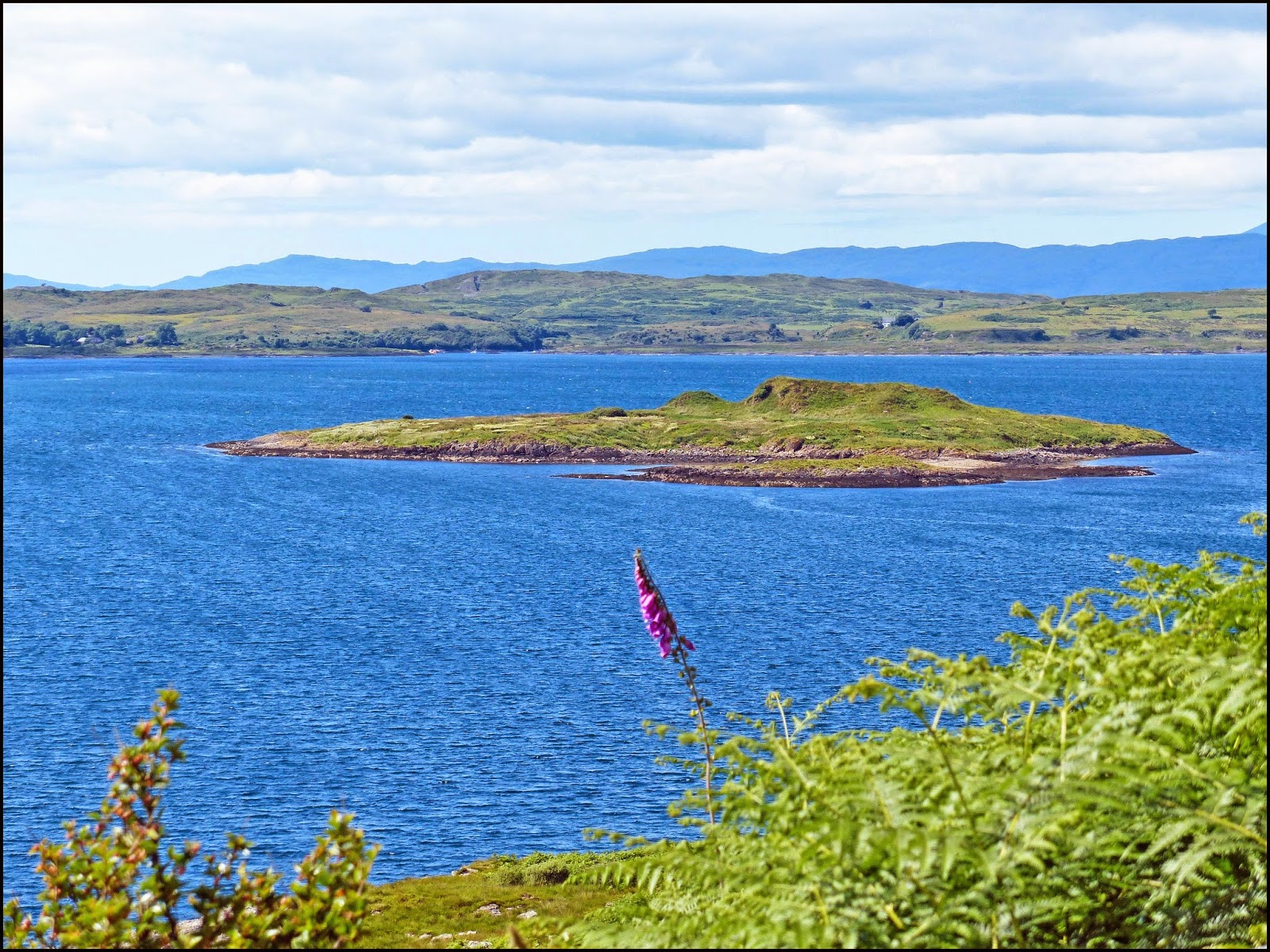 Arduaine - what an unexpected jewel in the Scottish coastline! 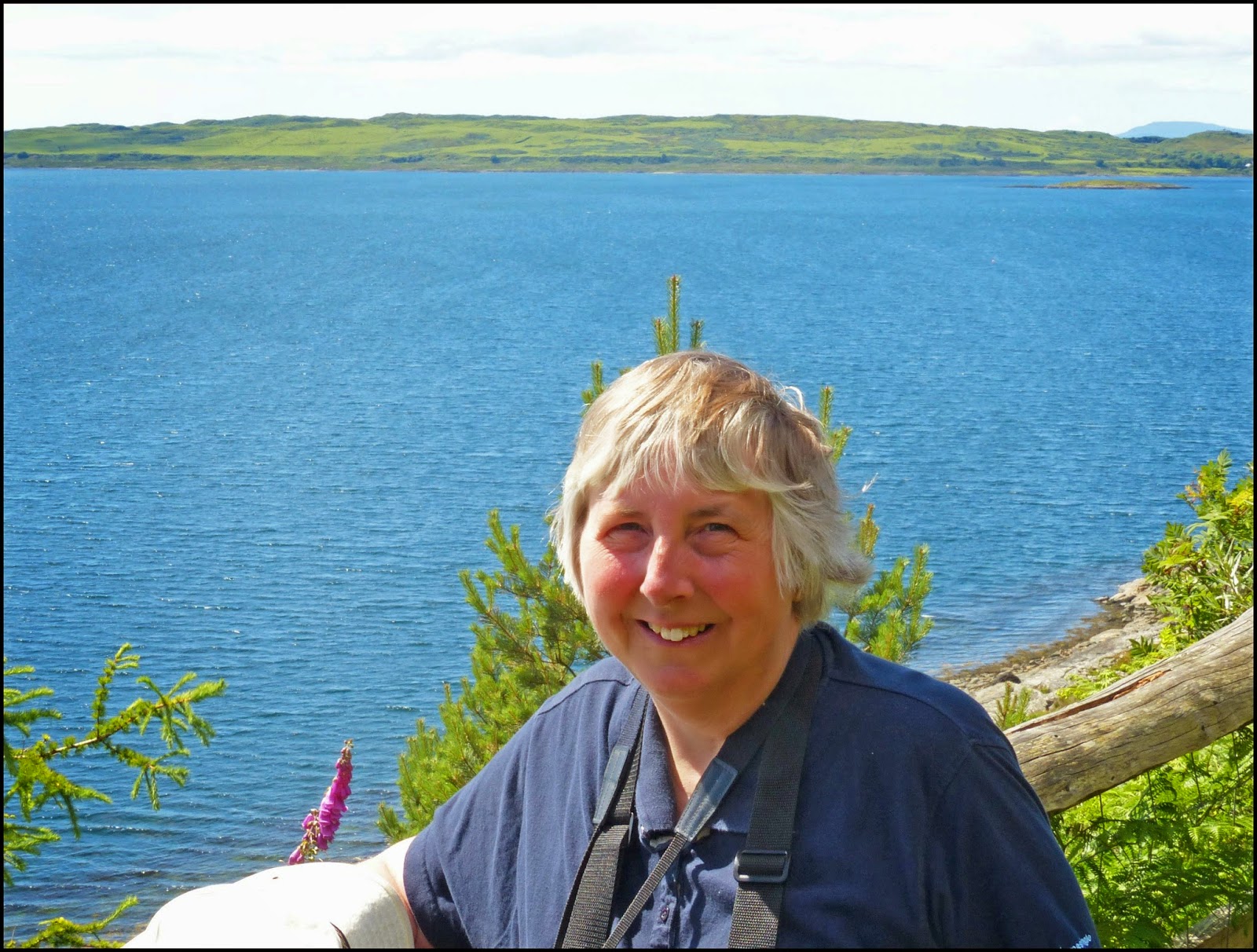