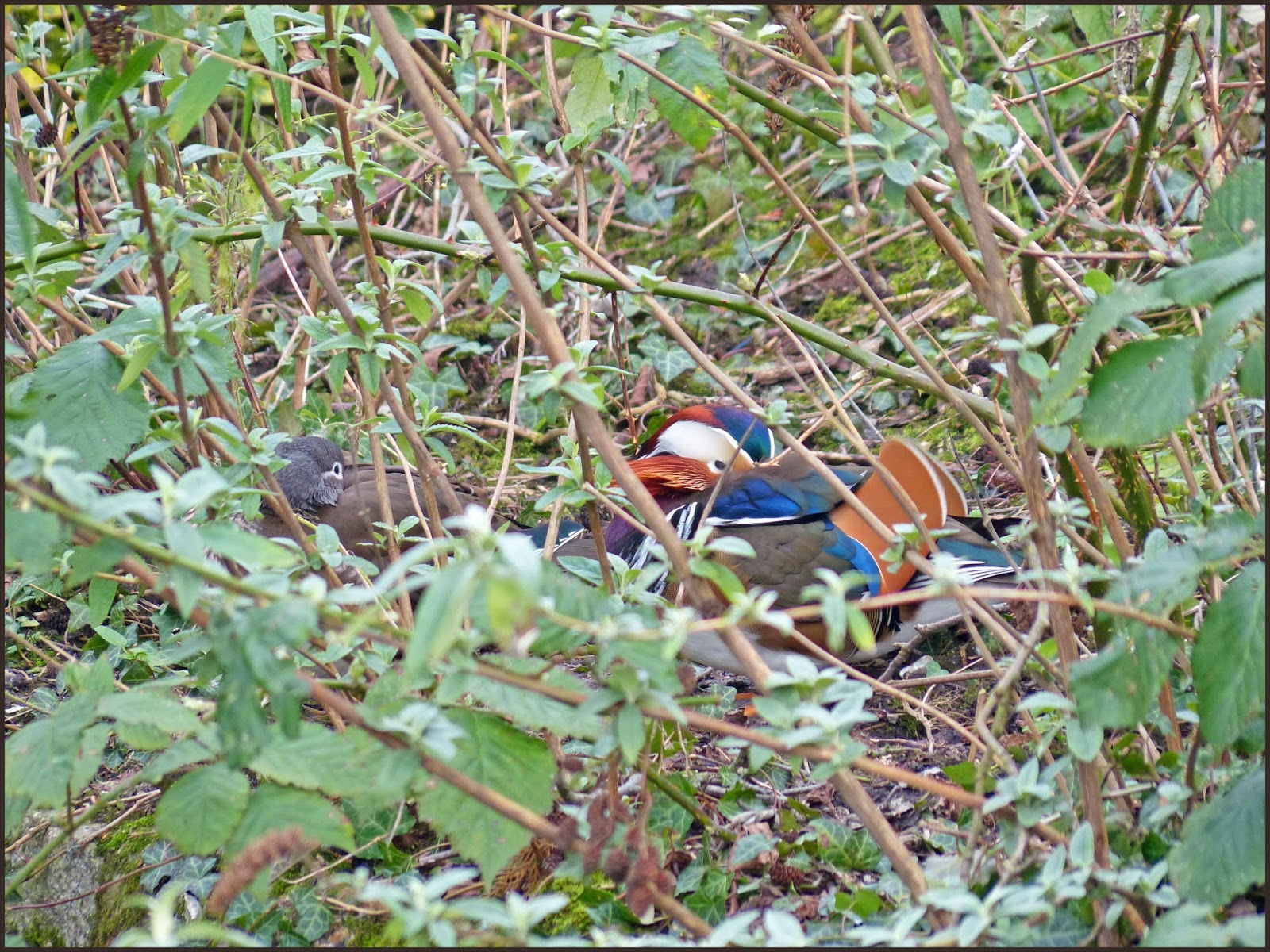 I had read that there was a pair of Mandarin ducks in a local pond here in Suffolk, so when we were there on Sunday afternoon, we kept a sharp eye out for these. I had a feeling we were not going to see them, but after a careful survey of the scene, I noticed something bright in the undergrowth on the bank of a small island in the water. I don't know whether the female's beady eye would have caught my attention, but the iridescent shades of the male were unmistakeable.


I remember these characterful birds from my childhood when we would go to see the ducks at Bradbourne Lakes, designed originally as features in an ornamental landscape. Sadly it looks as though these lakes are now in trouble, but I recall many happy expeditions to see Tufted Duck, Mallard, Shelduck, Moorhen and Black Swan. Tragically Bradbourne Lakes were polluted in 2012 when a company or individual poured a large quantity of oil down a drain. 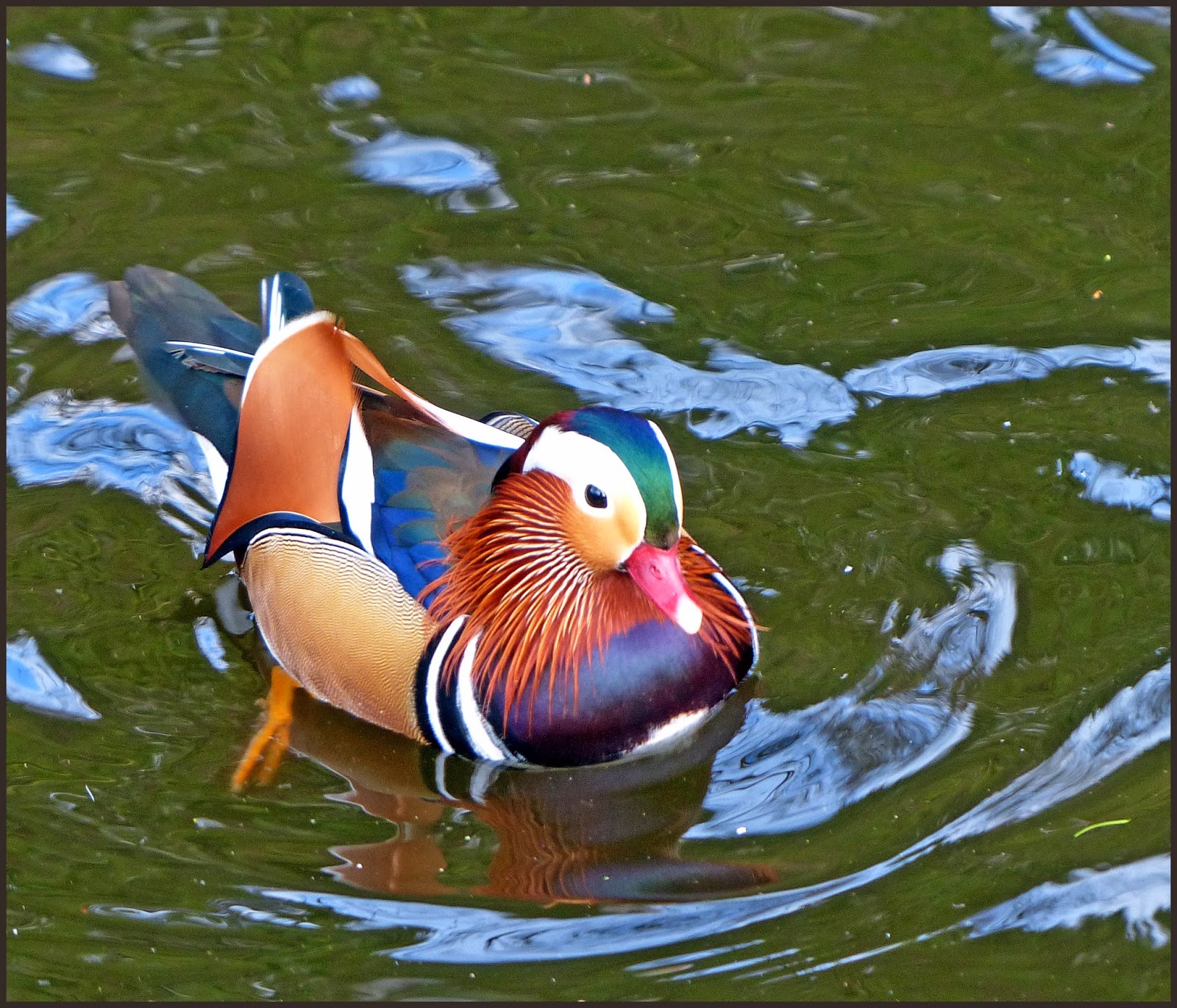 These fabulous birds are very loyal to their mates. They feature in oriental poetry, such as a poem by the Japanese writer, Tachibana Akemi (橘曙覧, 1812-68), in which the speaker looks out with his partner on a snow scene of these ducks. 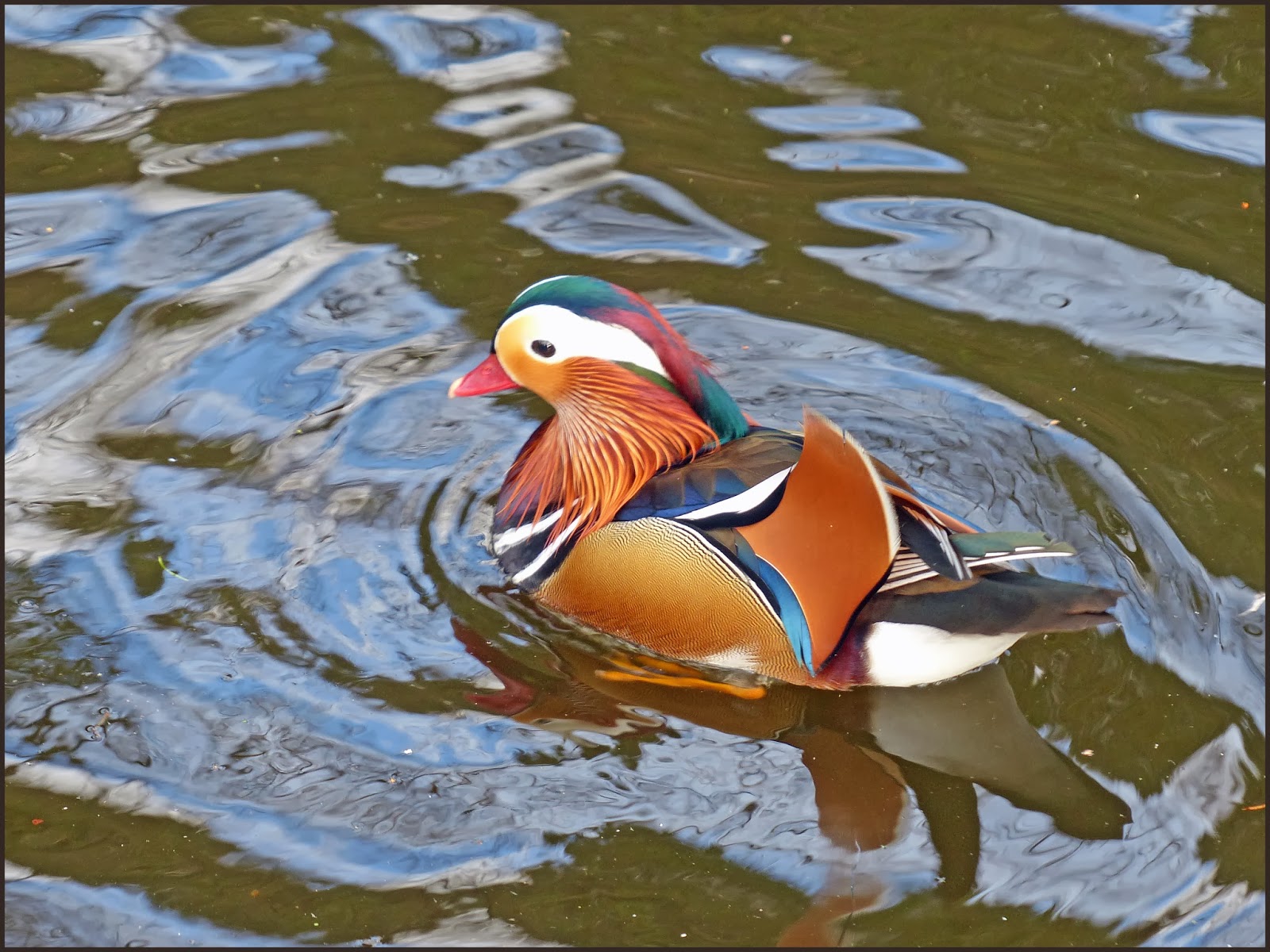 You can read more about these birds on the website of the Wildlife Trusts here and on the BirdGuides site here. 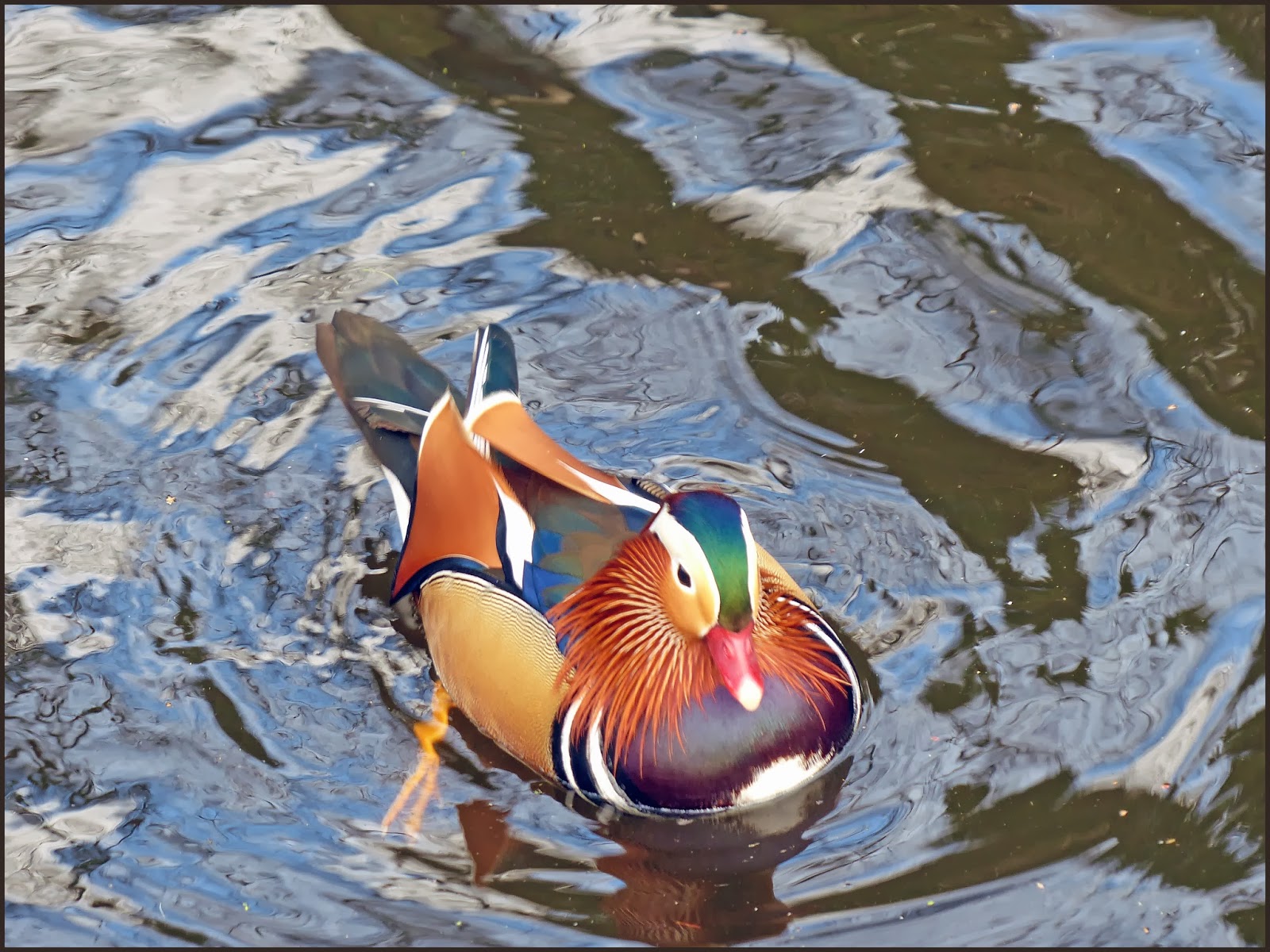 The short bill is spatula-shaped. The white tip is called a nail. The male's orange ruff comprises small feathers called auriculars on account of their proximity to the ear. I love the seemingly abstract colours and shapes! 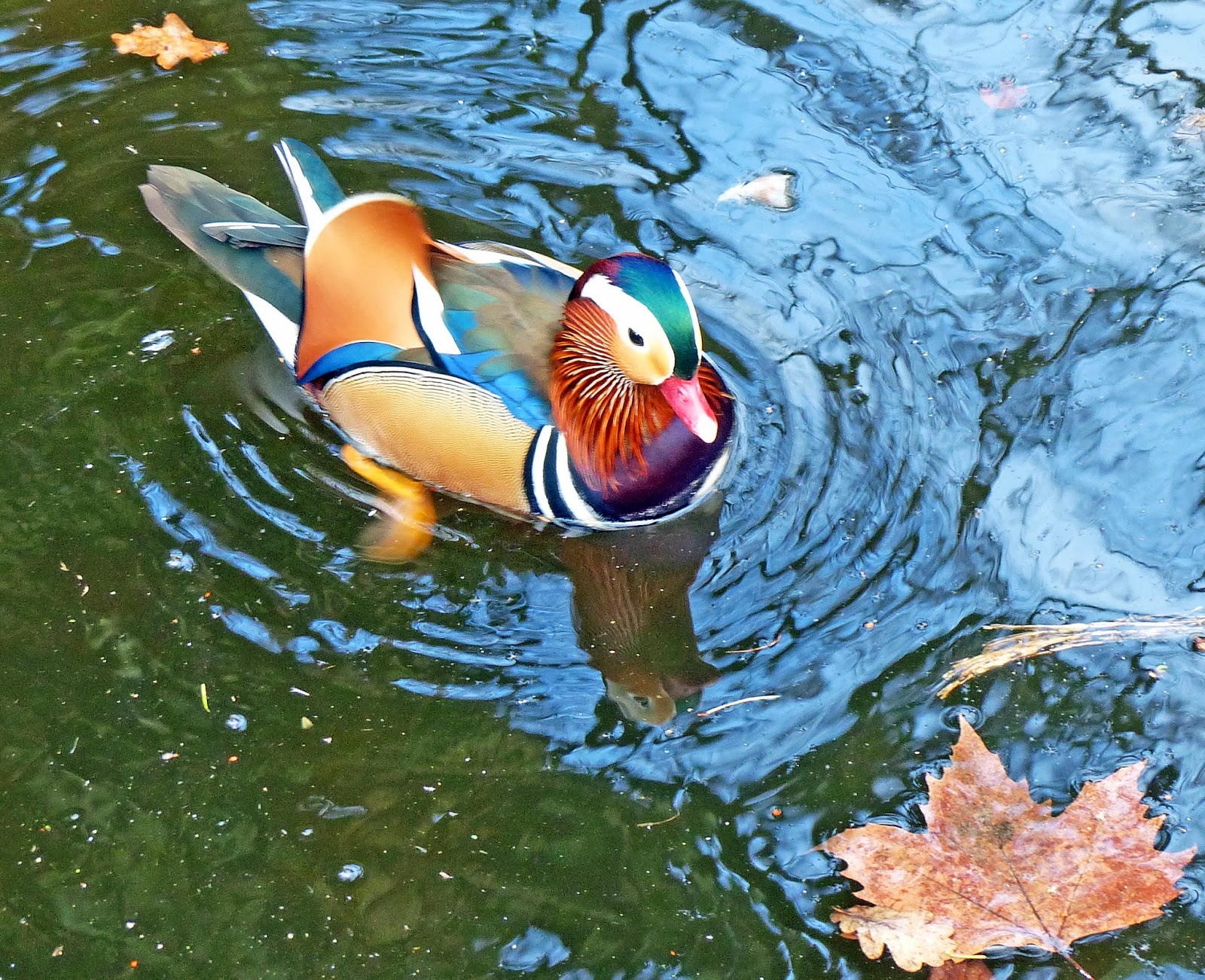 This species is not considered under threat, but how tragic that only 1000 pairs now exist in Russia and China due to environmental issues such as deforestation. The ancestors of many of today's Mandarins here in Britain were originally bred in captivity, but became what we might call 'garden escapes'. 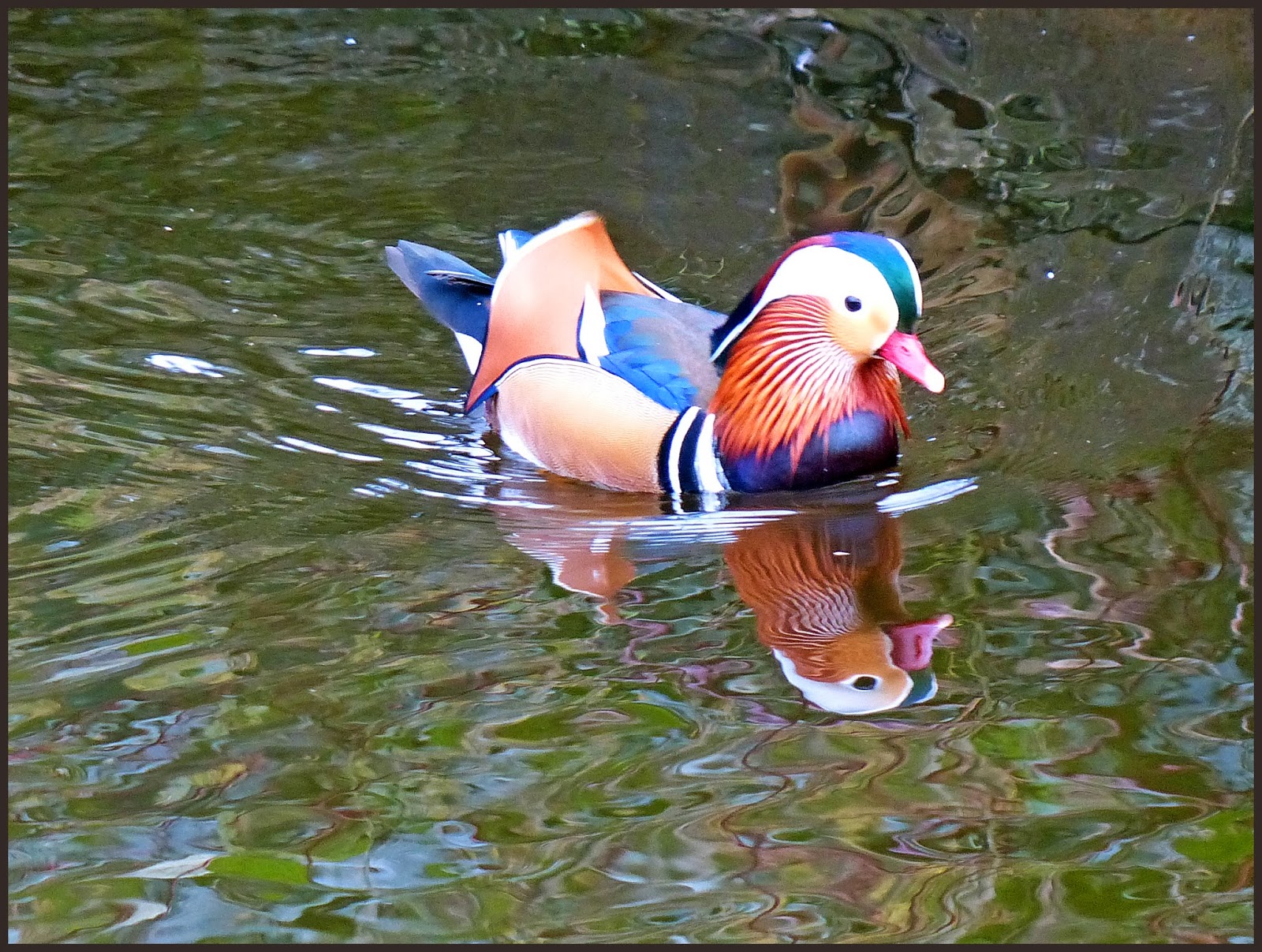 Lovely photos! I remember seeing my first Mandarin duck when I was a child. We were in my local park they just looked so vibrant and unreal against the greys and browns of the British winter time. I've been really fond of them ever since :)

They are such a wonderfully created duck. We have wood ducks that we see once in a while but that particular duck will be only seen in zoos. Your photos are top rate.

Caroline, these are beautiful ducks! Your photos are lovely! Have a happy day!