A Lull in the Weather ~ a Stroll in the Park

After a stormy night, the weather cleared a little on Sunday afternoon
so we visited one of our local parks.
There were a few Mallard ducks and Moorhens on one of the main ponds. 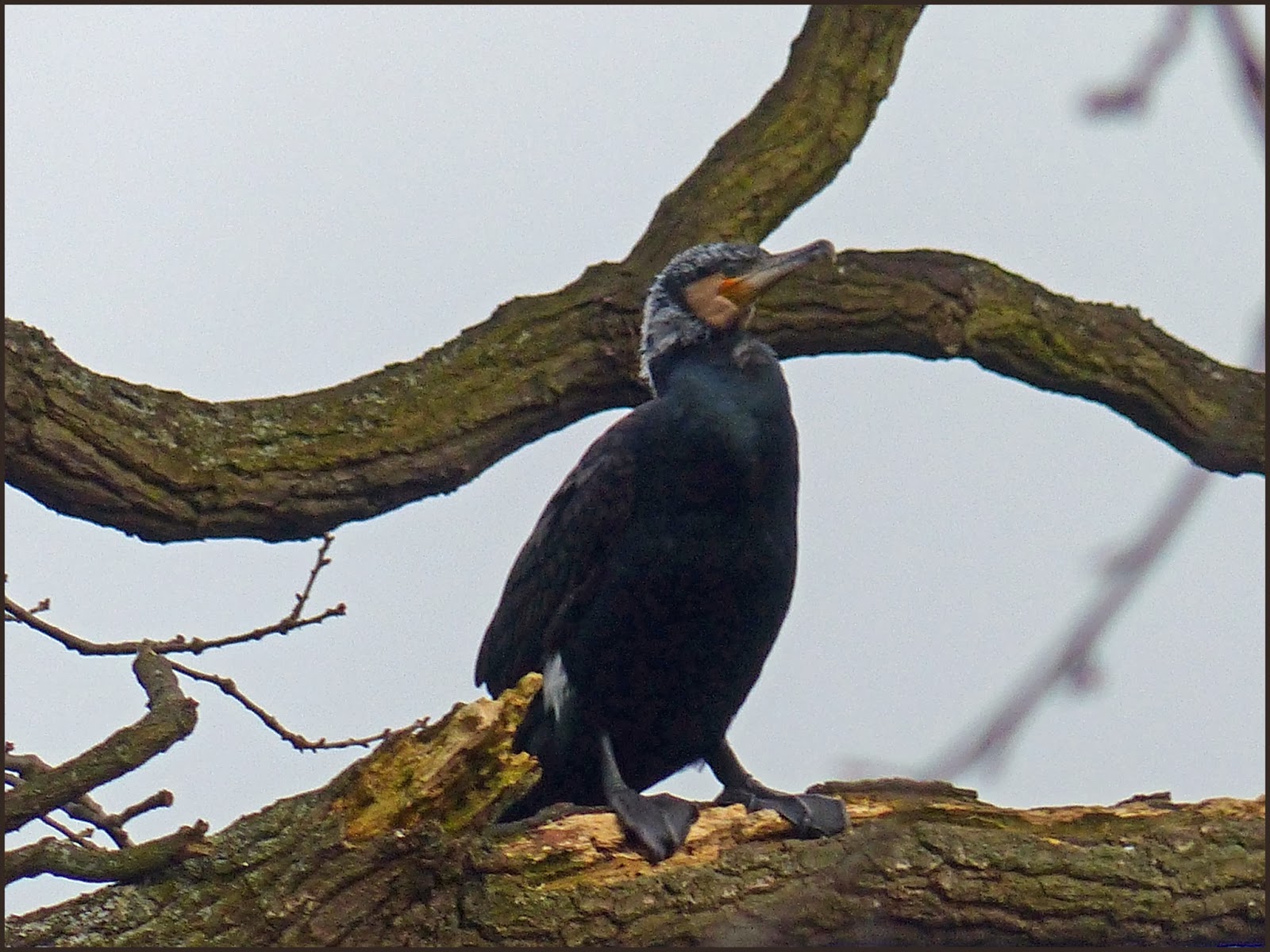 This Cormorant had deserted the coast or waterfront in favour of easy pickings.
There were also quite a few Black-headed gulls. 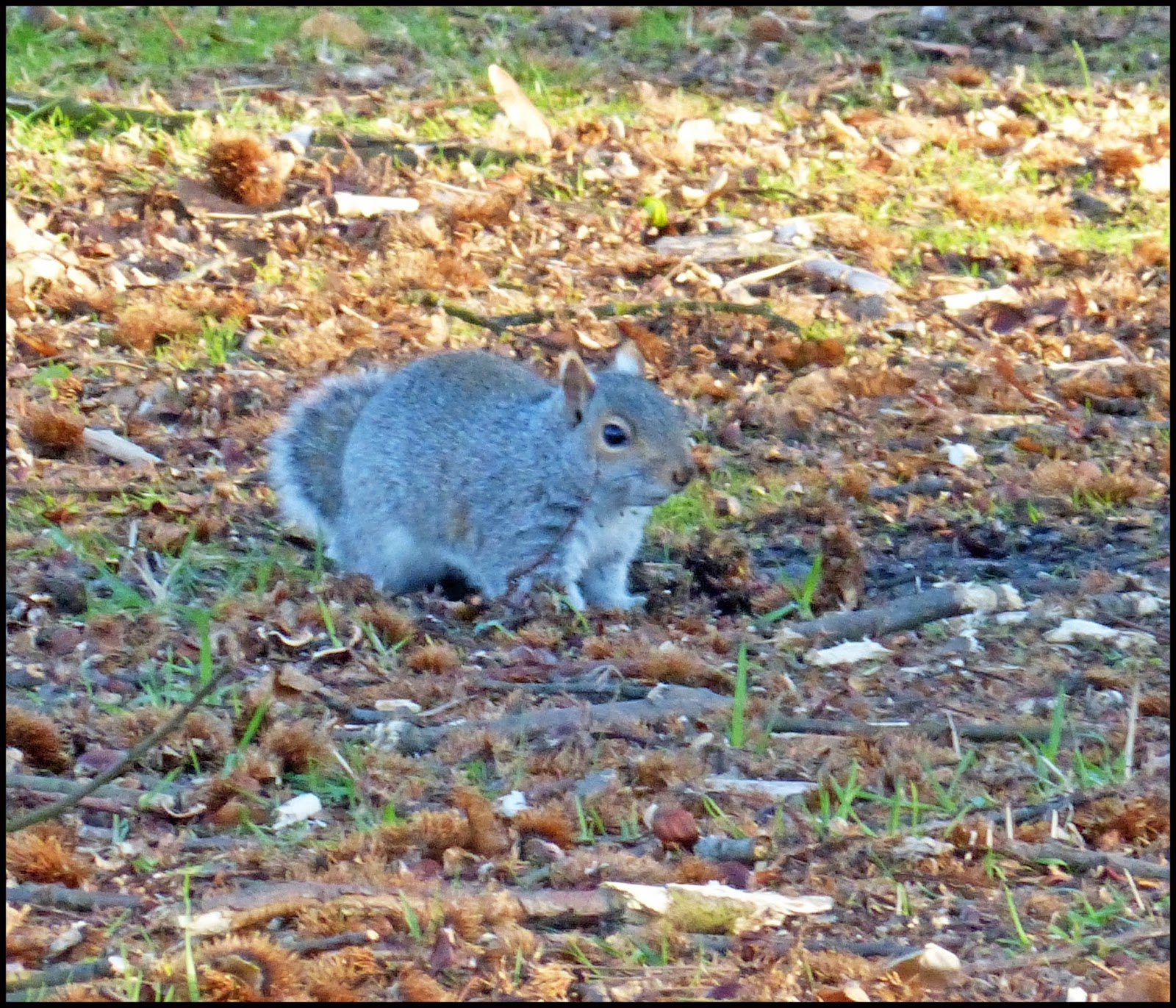 The sunshine brought the Grey Squirrels out into the open,
foraging for their buried food supplies. 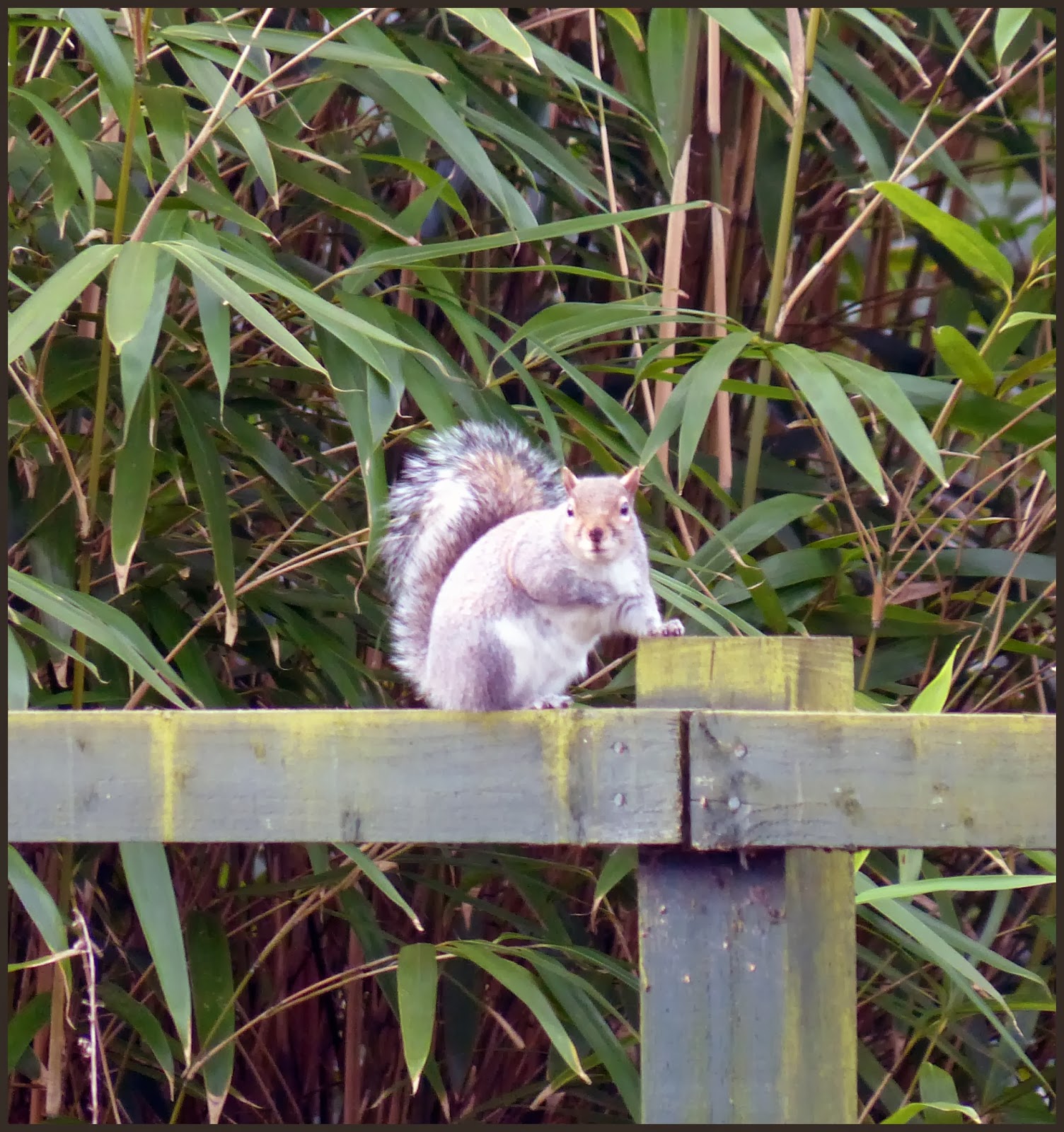 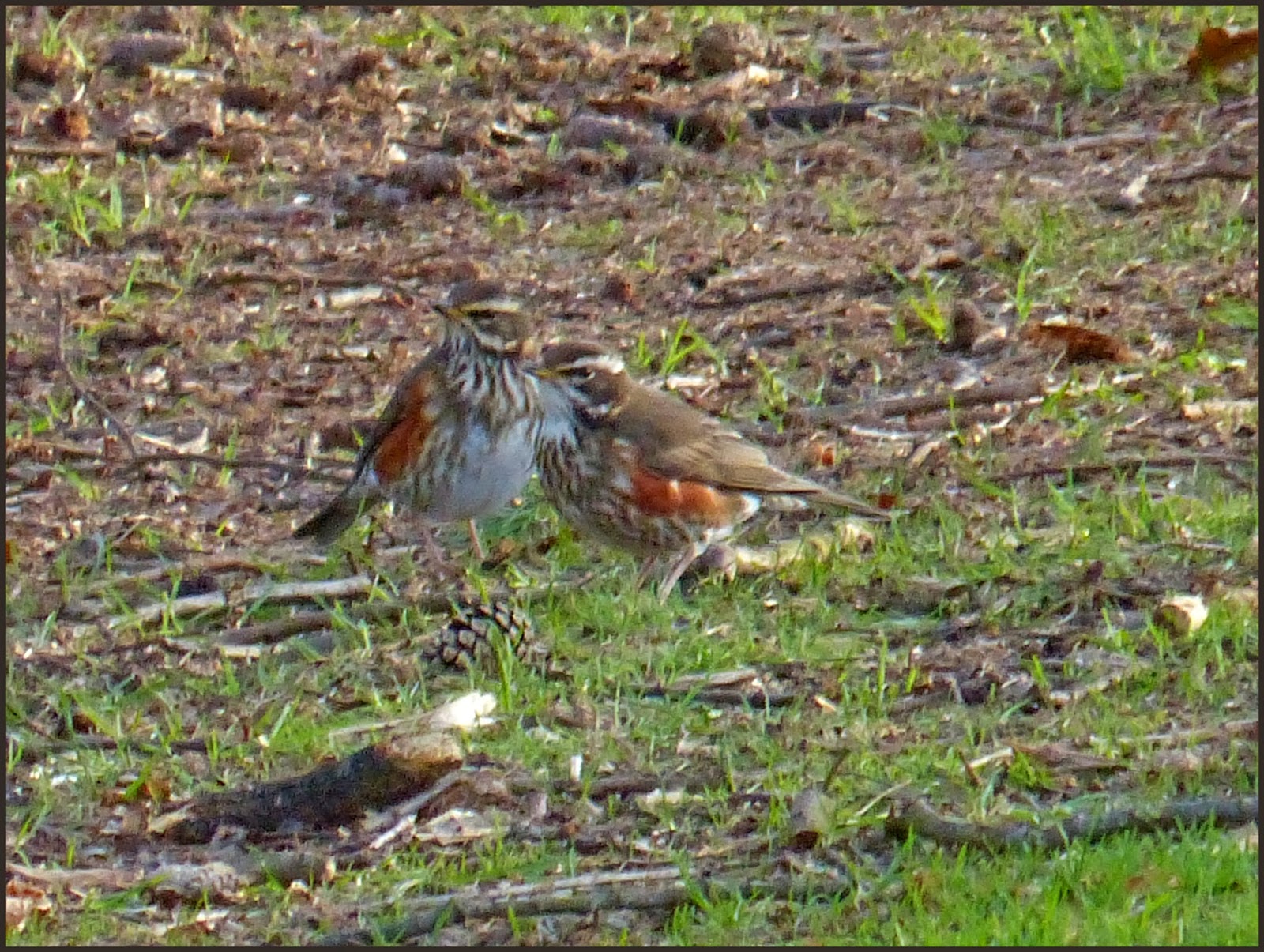 Suddenly we spotted a small flock of Redwing. 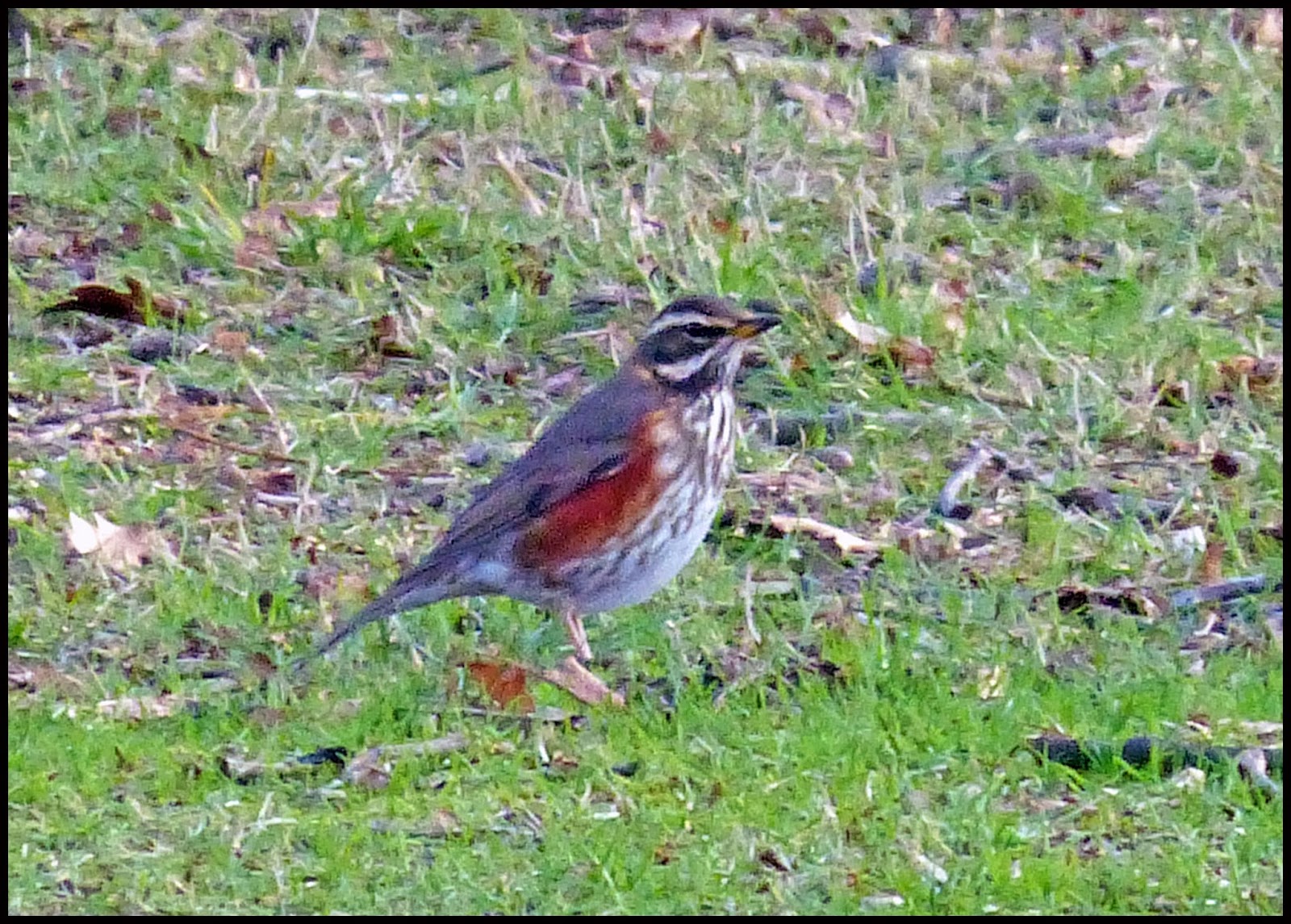 These winter migrants breed in northern regions of Europe and Asia,
but arrive in the UK in small flocks.

Speaking of winter migrants, we had read reports of Waxwings in our area,
but we failed to find them. 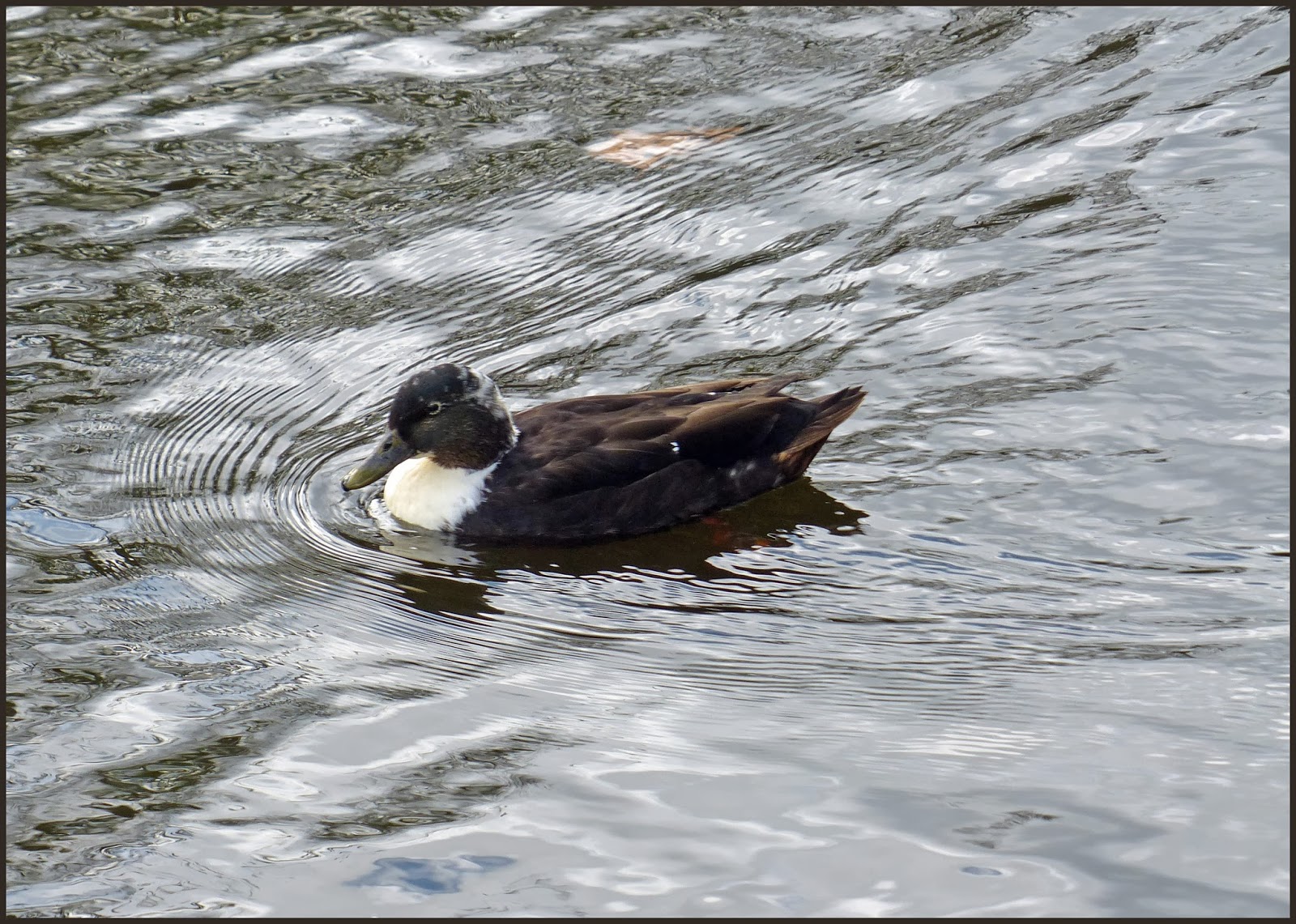 This white bibbed duck (above) may be a hybrid Mallard,
although when I thought I saw one last time,
hybrid expert Dave Appleton told me
that he felt the duck I had seen on that occasion
was 'simply a domestic variant of Mallard,
not a hybrid between a Mallard and any other species.
Domestic Mallards come in a bewildering variety
of sizes, shapes and plumages.'

So many thanks to Dave,
whose 'hybrid duck' photos can be viewed here. 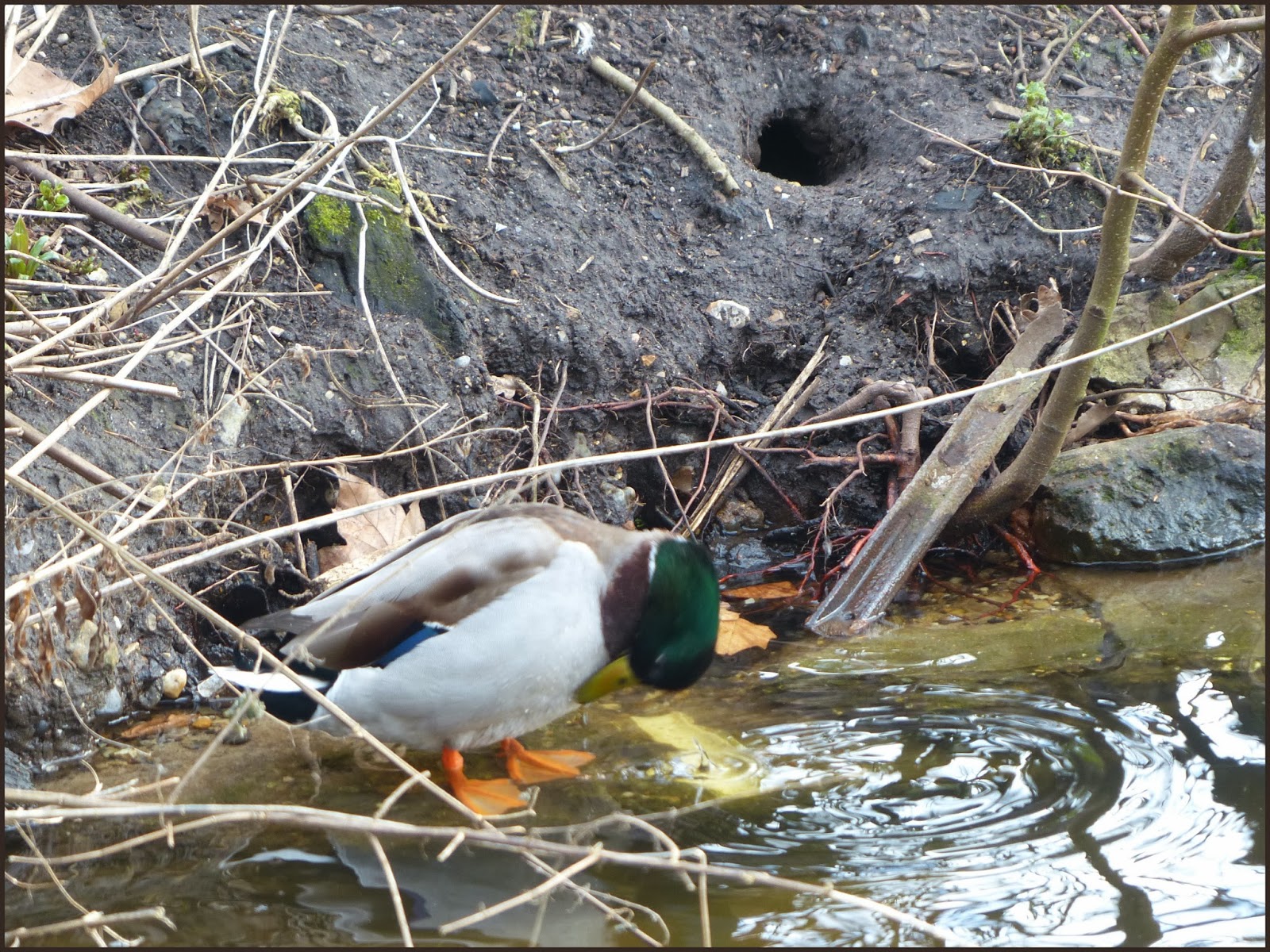 The Mallard drake above was doing a spot of preening ... 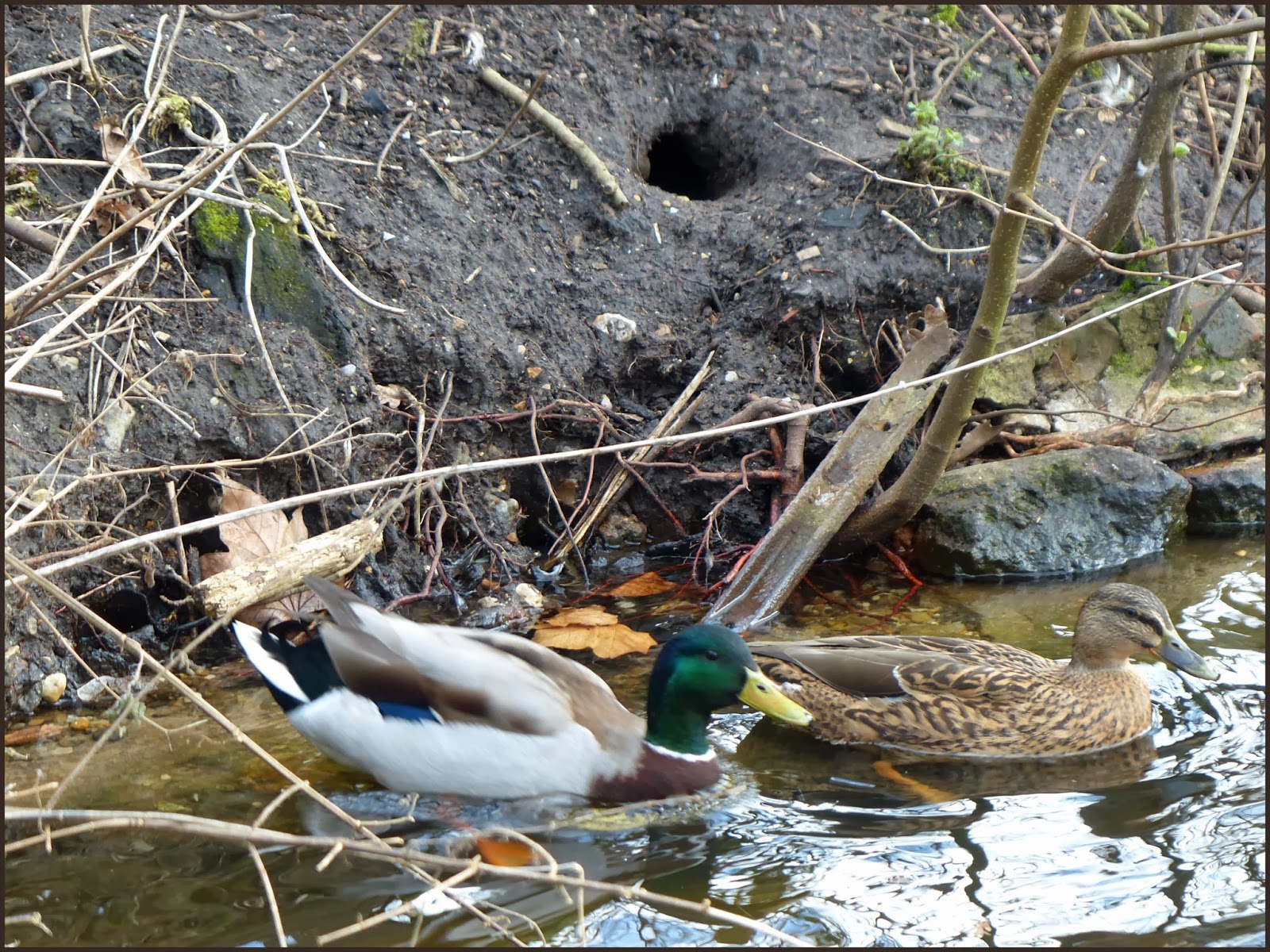 ... before setting sail across the pond with his mate. 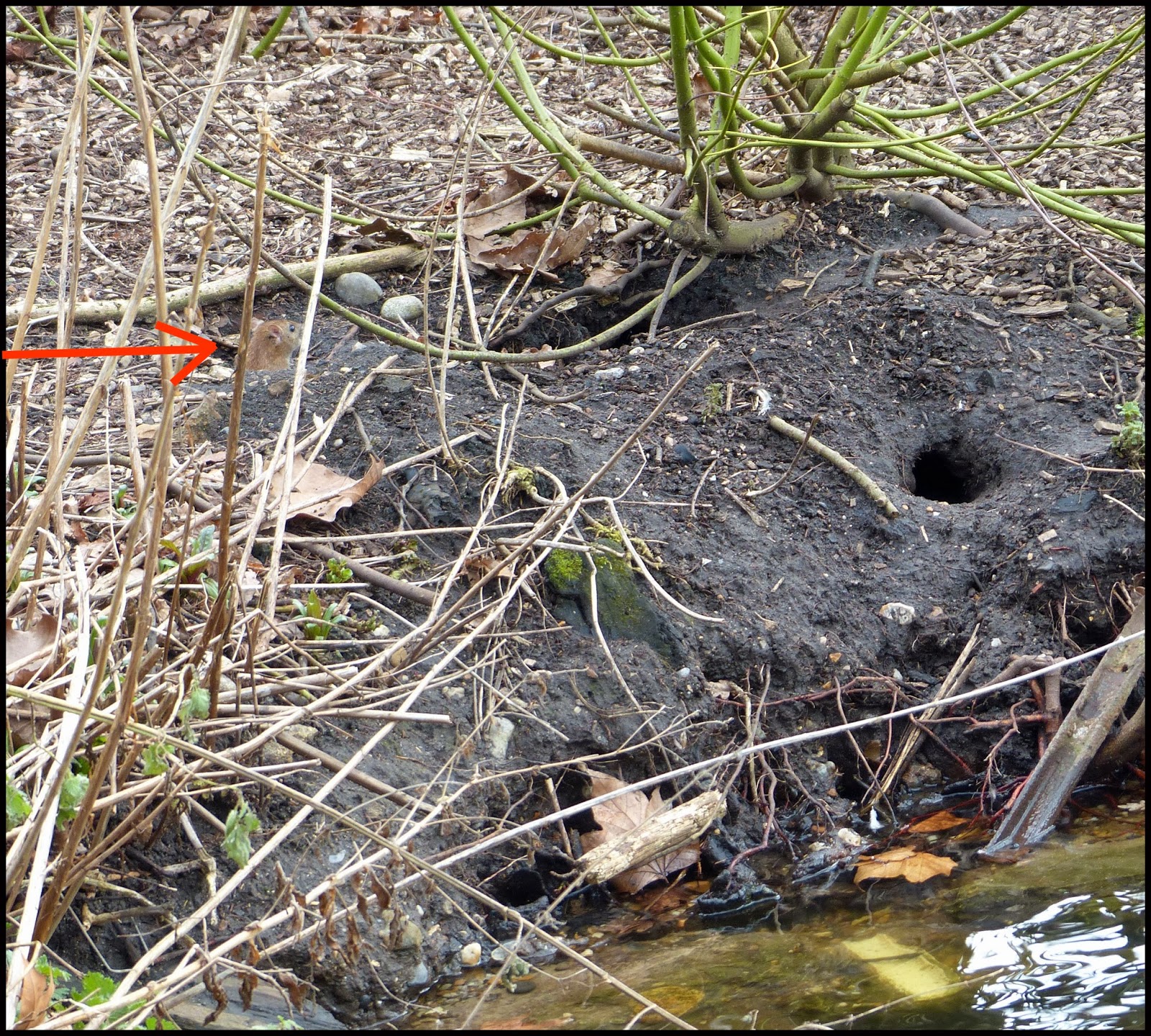 There was a photographer keeping a close vigil on this corner of the pond,
and if you follow the red arrow above, you will see why. 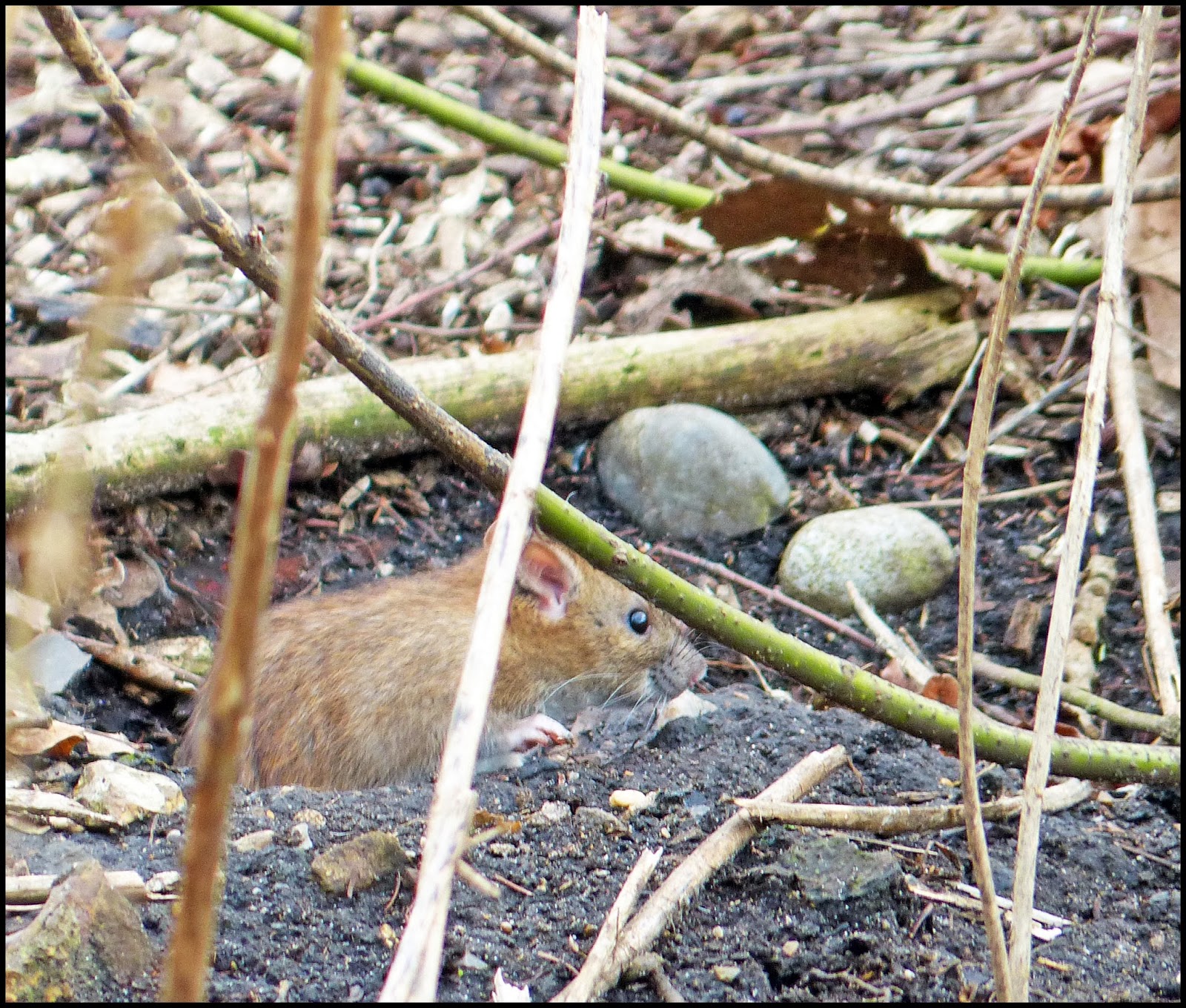 Every so often a rat would emerge from one hole or another ...
and the one in the photo below took to the water for a swim.

Members of the public have been asked to refrain
from feeding the ducks in this pond
because the scraps of bread and suchlike
prove particularly attractive to the rat population. 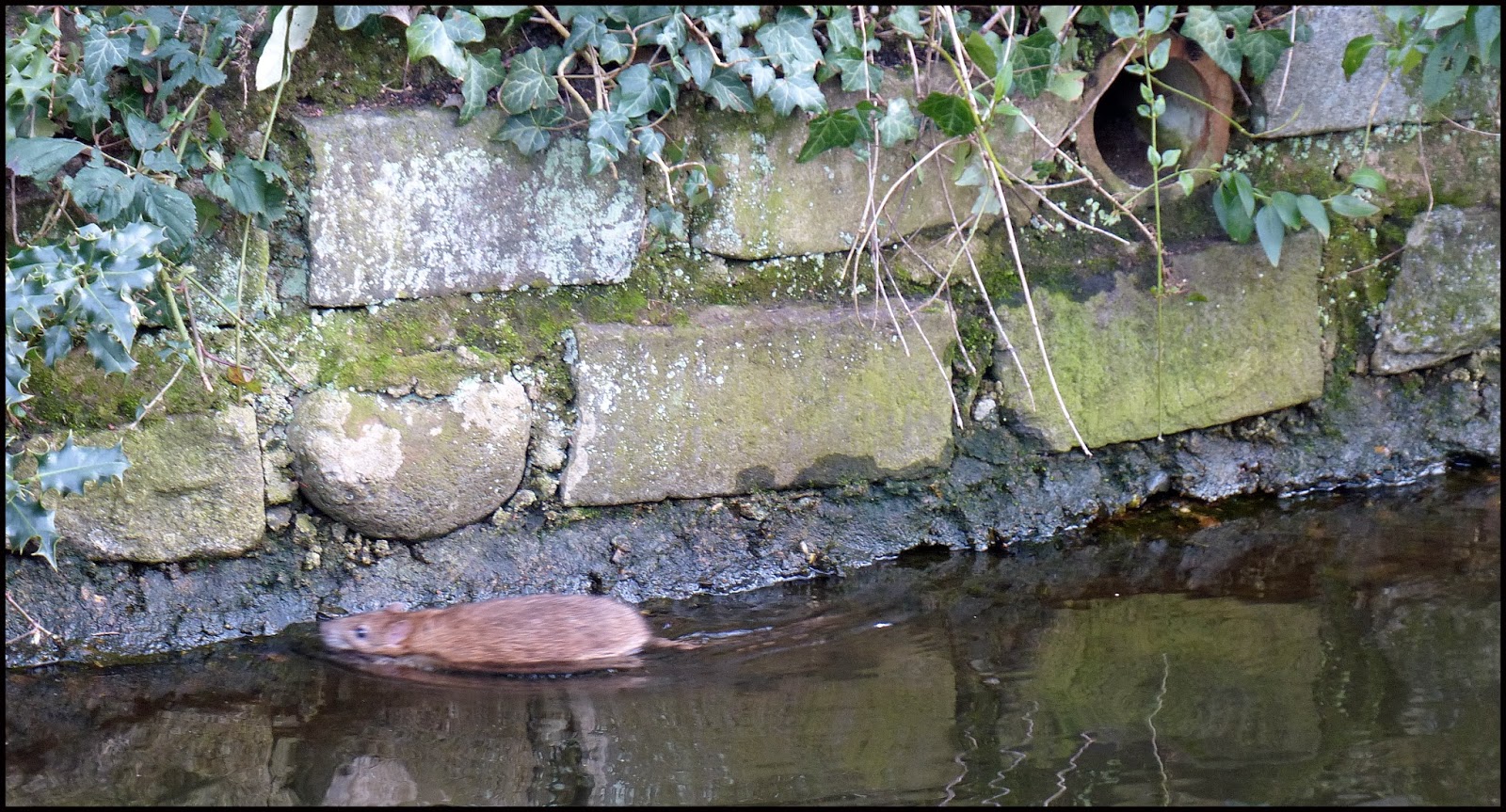 Having checked out the photos on Dave's Domestic Mallard pages here, I'm pretty sure that the bibbed duck above is much the same as the one on his site from South Creake, Norfolk.
Posted by Caroline Gill at 22:38