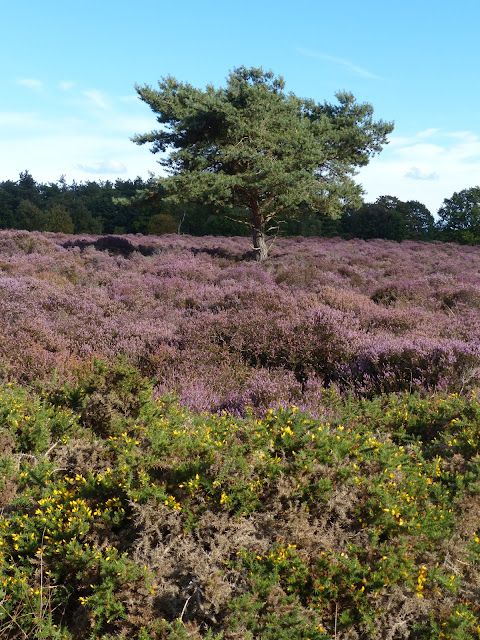 The heath is currently swathed in purple heather, with swatches (or swathes) of gorse, and a backdrop of rowan berries. The light this afternoon had a late summer quality about it. 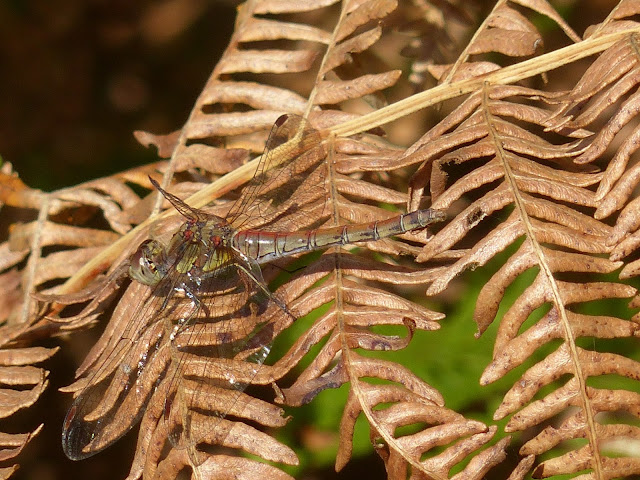 There were a few Common Darters flying around and settling on the bracken, which is turning bronze. 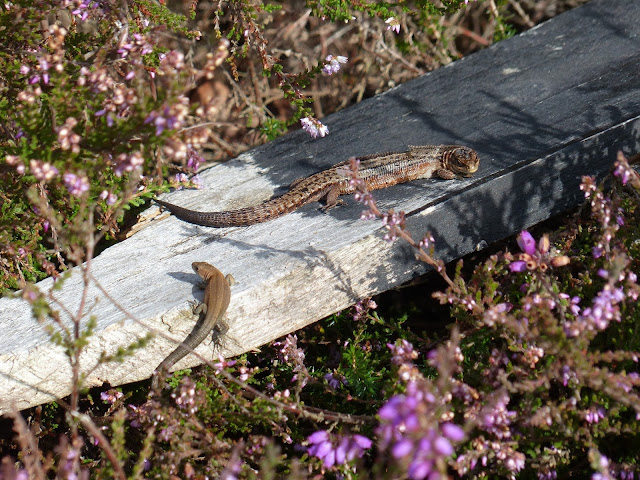 We had hardly left the car when I noticed a small plank of wood in among some heather, and there, basking in the sunshine were two lizards. As you can see one was much larger than the other. The body of the small one (minus tail) was roughly the length of my little finger. 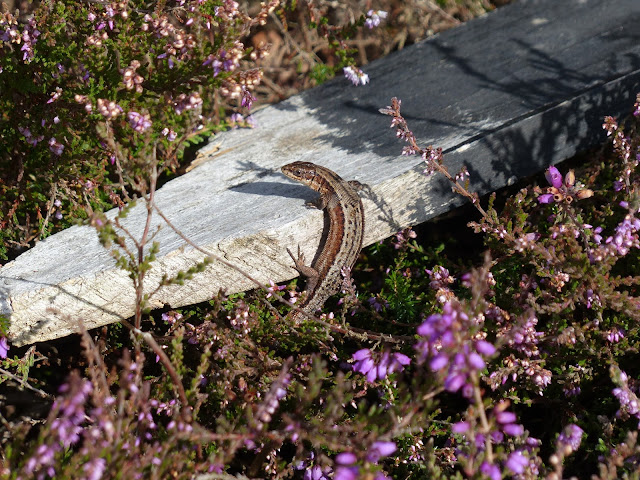 These are such beautiful creatures! 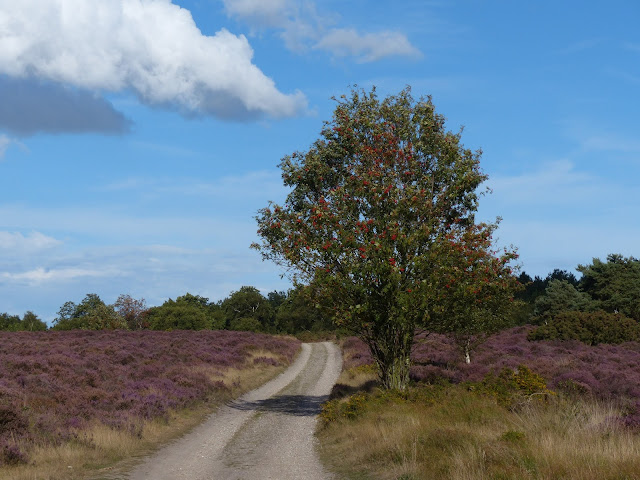 Postscript: it is good to read about the reintroduction of Sand Lizards back into the wild in North Wales.
Posted by Caroline Gill at 23:21

Wow, the heather is beautiful. And I love the cute lizards. Wonderful photos! Have a happy week ahead!

wishing i could capture some great shots like yours of these lizards. they always seem to dart to quickly for me, sigh...

Love the lizards and the heather is so pretty in that first photo.