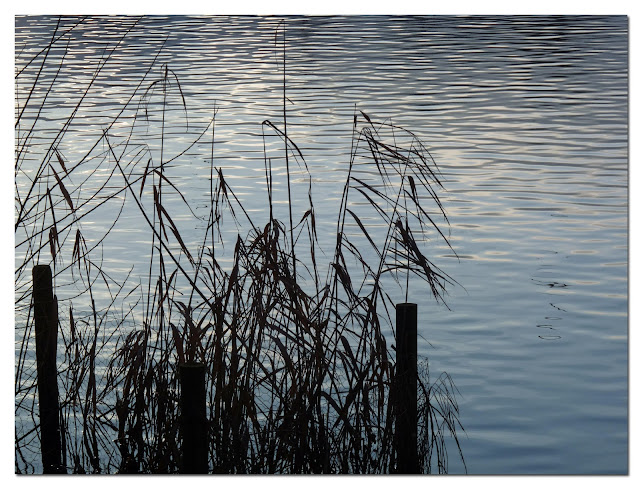 We took a chilly walk around the lake at Needham Market. It forms part of a Local Nature Reserve, and proved a good place for ducks and gulls. 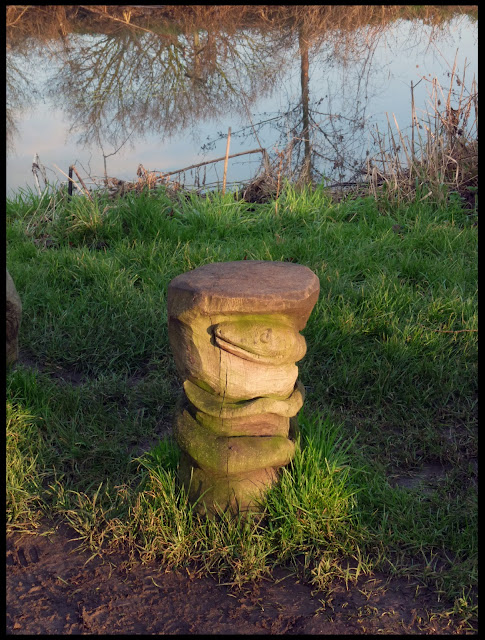 The lake used to be a gravel pit, and the River Gipping flows through the site. Apparently grass snakes are seen in the warmer months, but this one above was the only serpentine creature to put in an appearance on this bitter January day.

There were, however, welcome signs of spring, like these catkins. Hazel, Alder and Birch all produce catkins at this time of year. Alder trees produce not only male catkins but also female strobili which are like miniature pine cones in appearance. 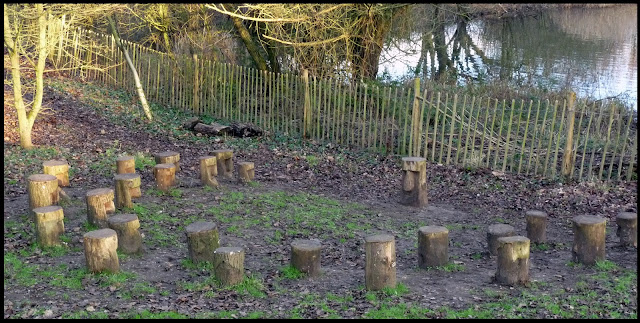 For a moment we thought we had chanced upon an Easter Island council, but on reflection, it was possibly more like a woodland gathering of Ents! 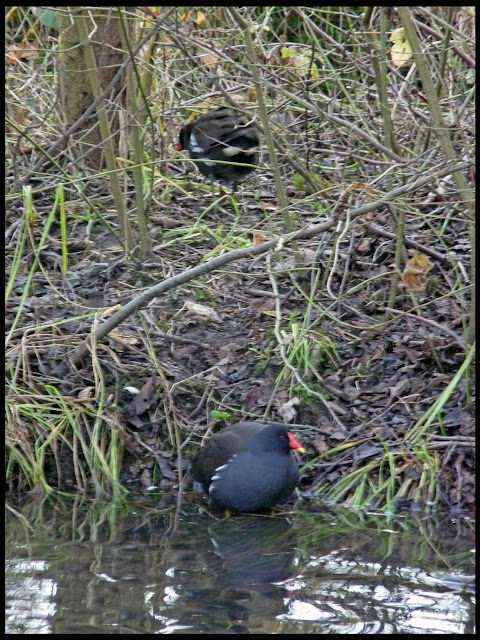 There were a number of chilly-looking Moorhens about ... 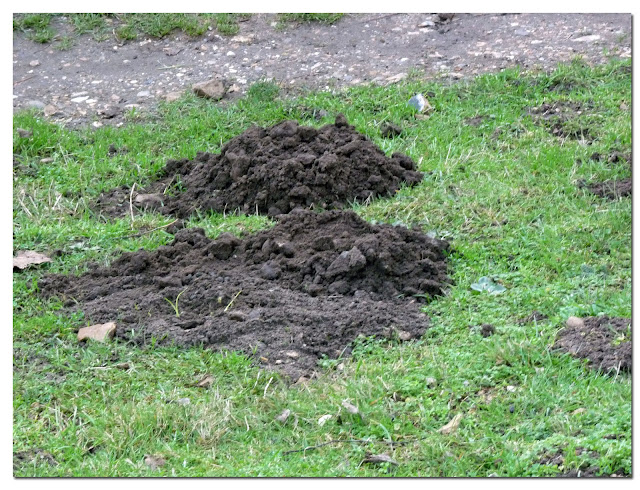 ... and moles were evidently not far away.

We were particularly pleased to see this Great Crested Grebe, as I do not recall seeing one in non-breeding winter plumage before. 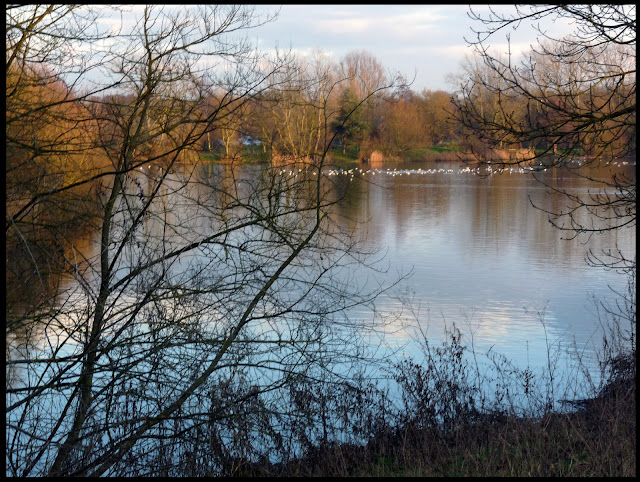 The photo above shows the sunlight on the lake ...

... but I was puzzled by these small white ducks. I feel sure that they were not large enough to be Aylesbury ducks. I gather Mallard drakes are not too particular when it comes to pairing. There is a white duck called a Pekin (or domestic/farm) duck, bred originally from the Mallard in China. Perhaps these are Pekinese ducks, but they may be Call ducks. They are not albino as they have yellow bills. There are, of course, forms of leucism that can effect wildfowl. 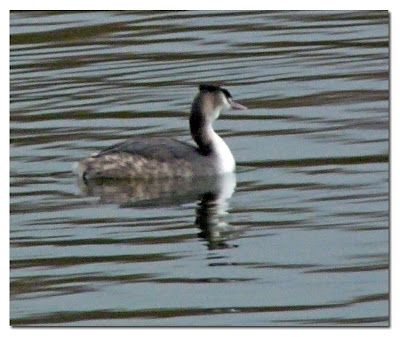 Sadly this grebe above is a bit out of focus, but these are such graceful birds! 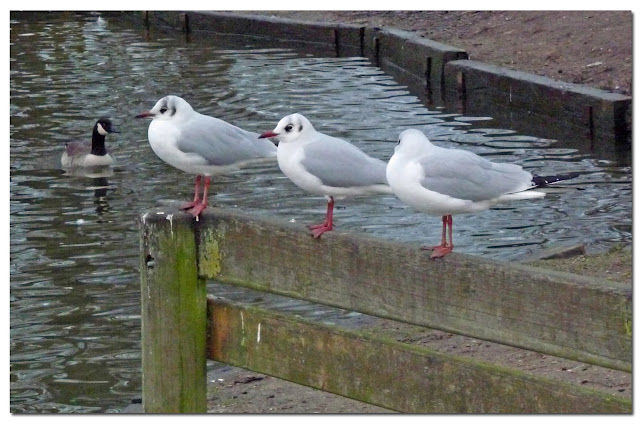 This trio of Black-headed Gulls (with deep pink legs) looked out on ... 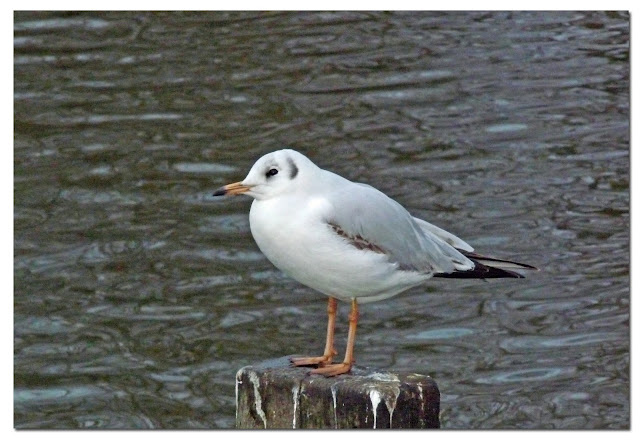 ... a lone gull with pale orange legs. I suspect it was also a Black-headed Gull, probably a 'first winter' bird. Do let me know if you think otherwise!
Posted by Caroline Gill at 09:16

A wonderful place to go birding! I love that first photo...very pretty. I've seen a small stone circle in Wales and lots of mushroom "fairy rings" around trees, but this would be the first "tree circle" I've seen :-) Maybe the fairies are responsible for this, too.

I planted a small Alder and purple beech stripy hedge last year and am looking forward to seeing catkins for the first time this year. Thanks for the preview! What a lovely place for a walk.