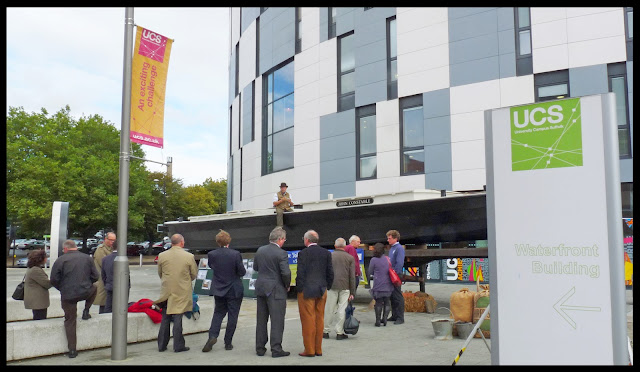 There has been much excitement over the last couple of days on the Ipswich Waterfront outside UCS (by the Langlands and Bell Question? installation). The 'John Constable', a reconstructed Stour Lighter has taken up a temporary berth in 'dry dock' to enable members of the public to encounter this barge at close range, before it moves on to Sudbury tomorrow. The Lighter forms a key element of the 'Managing a Masterpiece' project.

You may be wondering what this has to do with 'Wild and Wonderful' nature ... John Constable was a relatively local artist: East Bergholt, Constable's birthplace, is only about 12 miles away. Constable painted the rural scenes of his day, scenes such as the 'Hay Wain', 'The Cornfield' and 'Flatford Mill'. I have included a photo by David Gill (see below) of the mill area as it is now. Constable enjoyed incorporating natural phenomena in his creative work. He painted rainbows over Salisbury Cathedral and over the River Stour. He even painted a double rainbow. He liked to paint storm clouds, large trees and running water. A Constable painting of 'The Lock' recently fetched over £22 million. 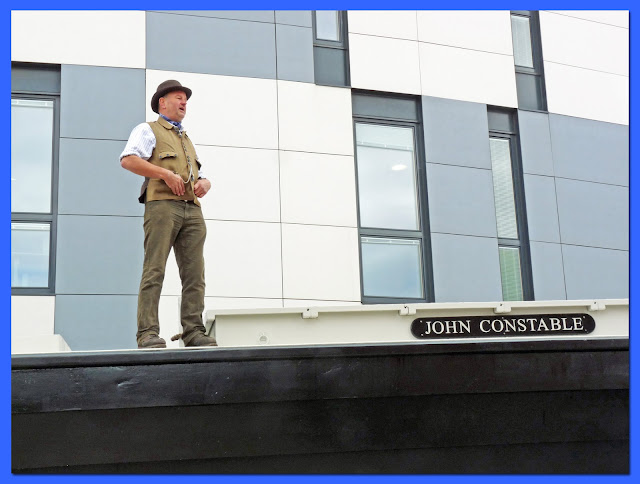 Today's activity, however, was not about selling. It was a time to admire the craftsmanship that has gone into the building of the 'John Constable'. The Lighter will eventually have a new life on the River Stour, allowing people to take a boat trip along those waterways that Constable knew so well. 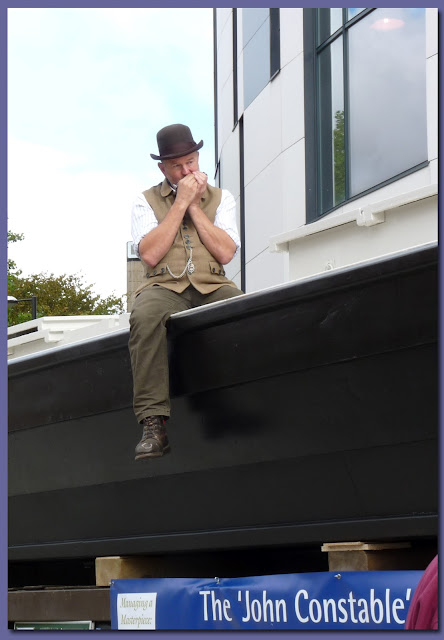 Today was a time to celebrate, and those of us on the Waterfront were able to enjoy listening to boat songs and to tunes from an accordion and harmonica.


The view below shows Flatford Mill as it looks today. John Constable's father owned a dry-dock, which was the setting for the building of these boats in the artist's day. His painting, 'Boat-building near Flatford Mill' depicts the scene. The small figure gives a sense of scale, and I must admit that it was the sizeable dimensions of the lighter that surprised me most. 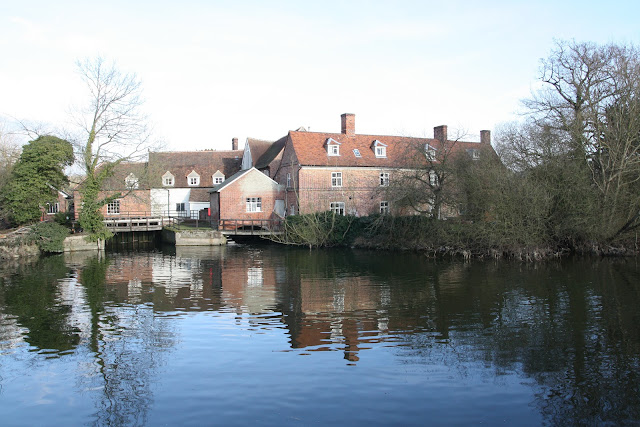 The photo below shows the steps needed to climb aboard! 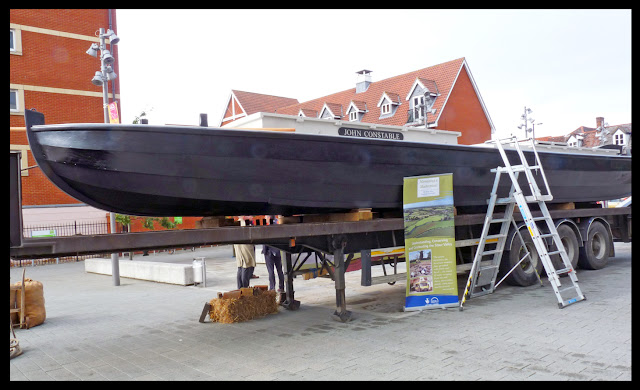 John Constable's approach was considered radical at the time, in terms of his distinctive brushstrokes, his bold application of colour and portrayal of emotion through the natural subjects that he encountered in Dedham Vale and beyond. We may find this hard to appreciate in these post-postmodern days of abstraction, but Constable's work was highly instrumental in pushing 19th century painting towards the contemporary approaches to art that we know today.

'The sky is the source of light in Nature and it governs everything.'
John Constable
Posted by Caroline Gill at 21:36