Butterflies and Moths (10): The Tiger reigns in Greece 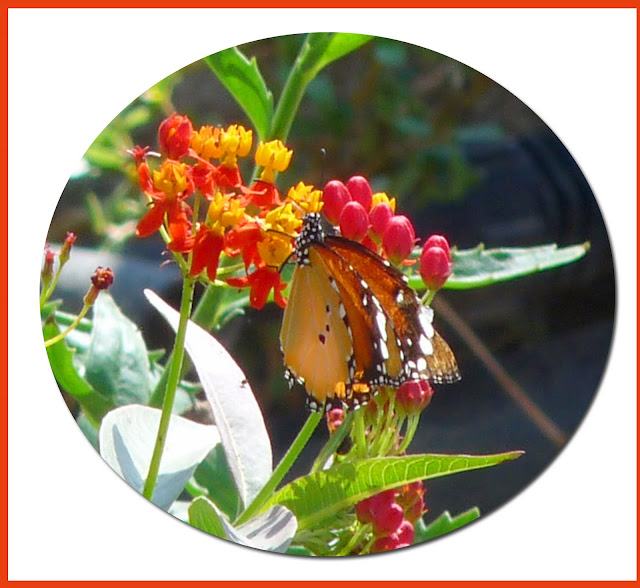 Like Odysseus, the wanderer has returned ...
I have just spent a special holiday week in the Pylos area of the Western Peloponnese in Greece. You can see Pylos harbour in the photograph below. It was my first time out of the UK in almost a decade, and my first return visit to Greece in almost a quarter of a century. The weather was a steady 30 degrees Centigrade and the sea a sparkling Aegean Blue. We saw colourful examples of fauna and flora, some of which I hope to share with you in the coming days. 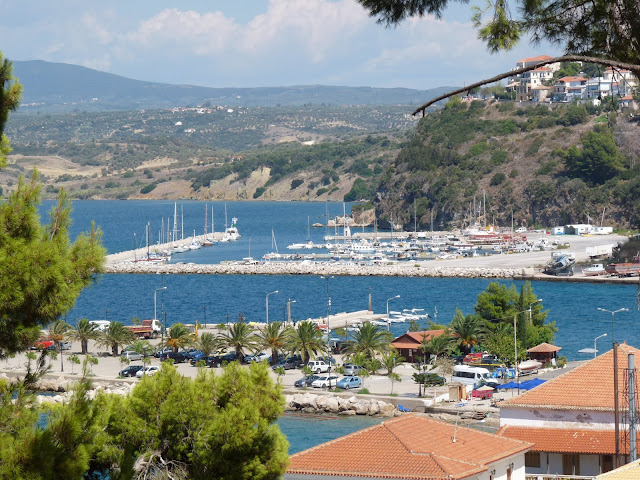 Homer speaks of 'sandy Pylos', the home of King Nestor, who offers hospitality to Telemachus, son of Odysseus. Telemachus arrives by sea in search of his father, who has yet to return to the island of Ithaca from the war in Troy. Archaeologists are currently trying to assess a complex on the island, which may (or may not) have been home to the heroes. There have, of course, been other similar investigations.

Given this background, it seemed appropriate to stick with the theme of journeys - so I will begin with a migrating butterfly. I believe it is a relative of the Monarch Danaus plexippus, called the Plain Tiger Danaus chrysippus. The plant in my photograph below is a species of Butterfly (Milk)Weed, also known as Pleurisy Root or Asclepias tuberosa. 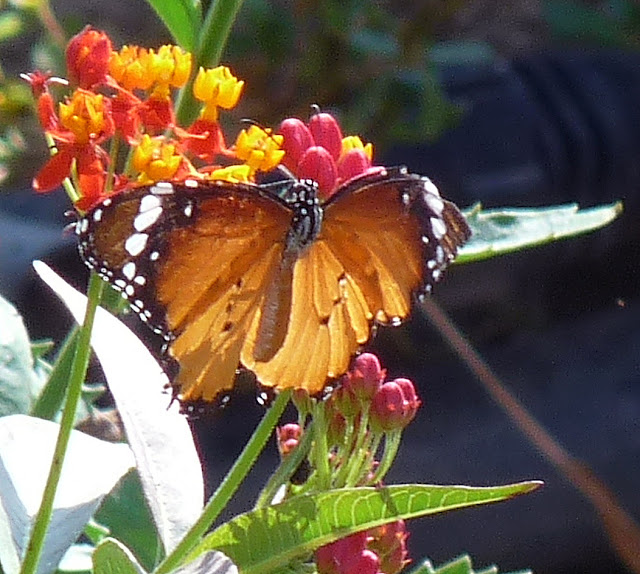 You can read about these rare migrant Tigers on the Greek Birding blog here. Although they are not often seen in Greece, they are a common sight in India. You will notice one on the header of Kanak's lovely blog.

[Postscript: Kanak has kindly informed me that the species on her header is in fact 'the Red Lacewing'. She adds 'I do have quite a few photos of the Plain Tiger in my old blog', which we can find here. Many thanks, Kanak, for your help] 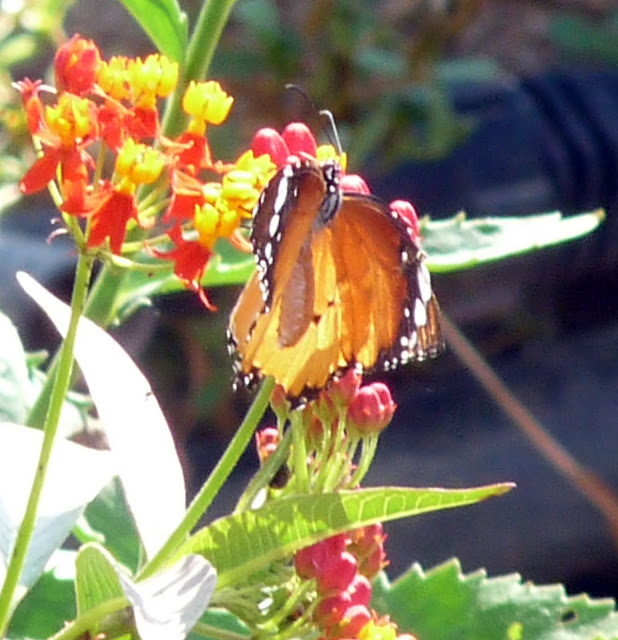 The bright orange colour serves as a warning to predators. The butterfly can fake death and emit a foul liquid, which will cause illness in a potential predator. Other less toxic butterflies, e.g. the Diadem Hypolimnas misippus, mimic the stunning amber appearance as a form of protection (see Batesian mimicry). The Tiger is one of the earliest butterflies to appear in extant art. A 3500 year old fresco from Thebes aka Luxor (Egypt) depicts an artist's impression of this species. 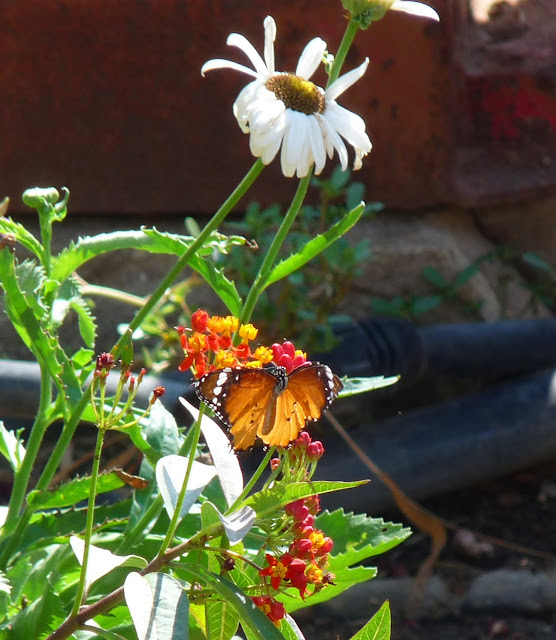 Tigers lay their eggs on Butterfly Weed; but I have a feeling that the web below may belong to another butterfly species, as I have been unable to ascertain that these butterflies spin webs. I have come across lepidoptera webs before, but never in Greece. Do let me know if you can identify the secret spinner! 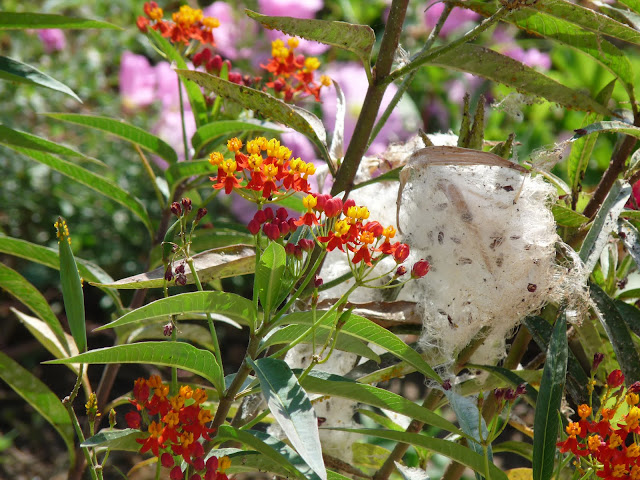 What stunning photos! I love butterflies and these are gorgeous photographed among the blooms. My adult niece and nephew are planning a trip to Greece in two weeks. Your first picture is so nice. The color of the water is amazing.

Caroline the colours just jump out of the screen at me. Your photos are lovely and it looks as if you had terrific weather over in Greece. That's some butterfly that can fake death and emit a foul liquid. (Glad you've found Kanak's blog)

What a wonderful vacation you must have had! That butterfly does look like a Monarch without the black lines on the wings. Beautiful!

The photographs are indeed spectacular! And thank you so much for the mention and the link! Although the butterfly on my header photo looks like the Plain Tiger, it isn't. That's the Red Lacewing. I do have quite a few photos of the Plain Tiger in my old blog---http://terrafarmer.blogspot.com/2009/03/plain-tiger-butterfly.html

Your Greek holiday must have been most enjoyable. Loved going through these beautiful sights!