I grew up in rural Norfolk from the age of twelve and often heard about the Swallowtail butterflies that had once graced the Broads in days before their marshland habitat was drained for the intensive growing of wheat. Swallowtails rely on Milk Parsley, a plant that requires a moist soil.

The Swallowtail continued to elude me.

Back in 2005 I drafted a sonnet about this situation. The poem was included in The Holy Place, the poet-to-poet chapbook I share with John Dotson, which was published in 2012 by The Seventh Quarry Press (Swansea, Wales) in conjunction with Cross-Cultural Communications (New York). 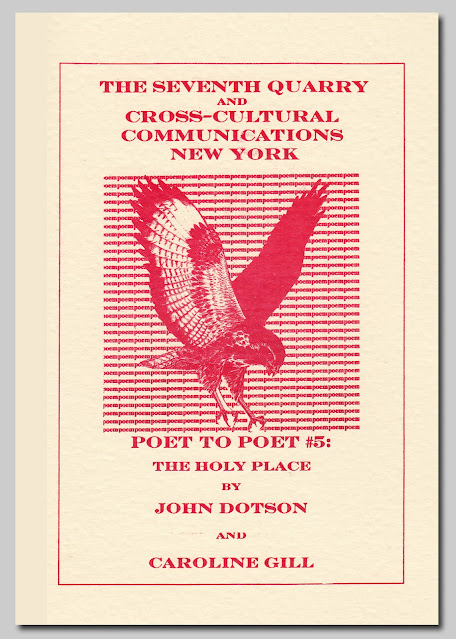 More than a third of a century after my arrival in Norfolk, David, my husband, and I finally had an unexpected Swallowtail encounter at the archaeological site of Messine in the Western Peloponnese in 2010. This was most exciting, and although it was not the same as seeing a Swallowtail in Broadland, the surprise sighting brought immense joy.

On 18 August 2013 we spent a day at NWT Hickling Broad and, to our delight, saw a number of late instar Swallowtail larvae ... on the Milk Parsley.

In 1881 R.L. Stevenson wrote that to 'travel hopefully is a better thing than to arrive'; the poet Cavafy (1863-1933) famously explored the importance of the journey. And yes, my decades-long Swallowtail quest has been a largely enjoyable one, though I would hesitate to declare that the 'journey' in this case has been more fulfilling than the final prize!

Postscript: our recent visit to Norfolk produced two other butterfly species that were new to us. I hope to blog about these in the days to come. And since our return to Suffolk, we have (consciously) seen our first Silver-studded Blues.

How amazing to see one, I didn’t realise they were in the UK. I’ve only ever seen them at a butterfly farm, which is not the same AT ALL! I shall have to investigate our local marshland

What an amazing sight. Glad you finally got to see one in Norfolk. We have a spot in Jersey where we see the continental variety of Swallowtail. Such a graceful butterfly. B x

Oh what a wonderful story and I am so very glad you finally saw one. I was like that with the Purple Emperors :) Swallowtail is the other species I would so love to see though and one day I must come to Norfolk in search of it. Great photos too Caroline.

Thank you all so much for sharing in my joy!

Belinda: it would be interesting to know how widely the UK Swallowtails have spread, but my understanding is that they have remained pretty 'local', although they can be seen in more than one of the Norfolk nature reserves. We spent the morning at Hickling, looking and looking without success. We returned to the car park area for a picnic lunch, and came back in the afternoon. By 4pm we had seen a handful, all in one very small corner of the reserve. One (apparently) even landed on my husband's sleeve!

How exciting, Barbara, to see continental ones in Jersey: certainly the ones we saw in Greece were rather different ... similar markings, though smaller and less 'fluttery' somehow.

And, RR, I fully appreciate what you write about searching for the Purple Emperor. I have only ever seen one female ... Her Imperial Majesty at Chedworth Roman Villa in Gloucestershire! Matthew Oates made a record and said it was a rare sighting in that locality. I have forgotten how to paste a livelink here (a href etc.), but if you paste this and click, it should take you to the post: tinyurl.com/2p822bez

How wonderful! I would love to see swallowtails!

They are a beauty. I moved away to a newer house and I rarely see them unlike the ones I saw at the old place. The colors are so magical.