Shingle Street, a Favourite Haunt on the Suffolk Coast 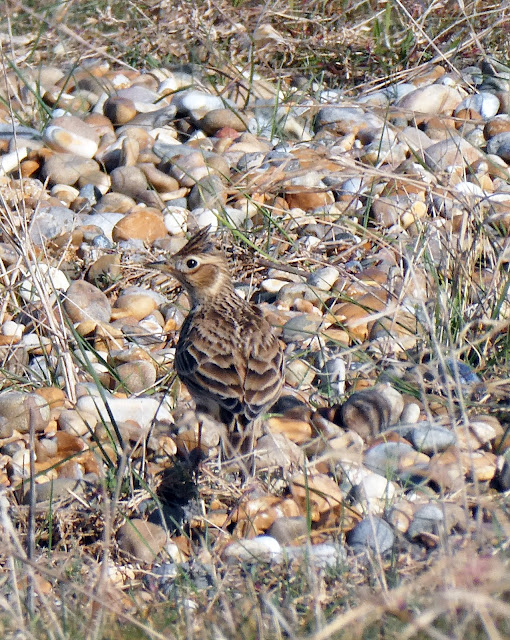 We visited Shingle Street, a favourite local haunt, this afternoon, not expecting more than a few sunny intervals; in fact the sun shone nearly all the time we were there.

The photos in the post are almost random as I wanted to reflect the way in which the light varies as you look from one direction to another. I also wanted to show the tiny spring leaves that are beginning to appear. 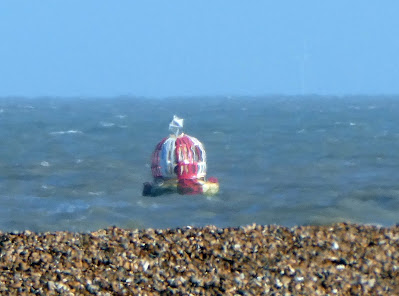 The sound of the skylarks this afternoon was out of this world. These birds always remind me of Shelley's 'blithe spirit' flying 'higher still and higher'.

Those who are familiar with my blog, will know that I am always drawn to the red buoy. There must have been a stiff breeze blowing at about 3pm as the haunting echoes of the storm bell filled our ears. These sounds always remind me of Robert Southey's ballad, The Inchcape Rock (published 1802), albeit about a rather different location.

Here are a couple of Southey's verses:

When the rock was hid by the surge's swell,
The mariners heard the warning bell;
And then they knew the perilous rock,
And blest the Abbot of Aberbrothok.

The eerie shapes above the horizon in the next photo are the remains of Orford Ness. When we moved to Suffolk ten years ago, the red and white lighthouse could still be seen as a well-loved landmark. 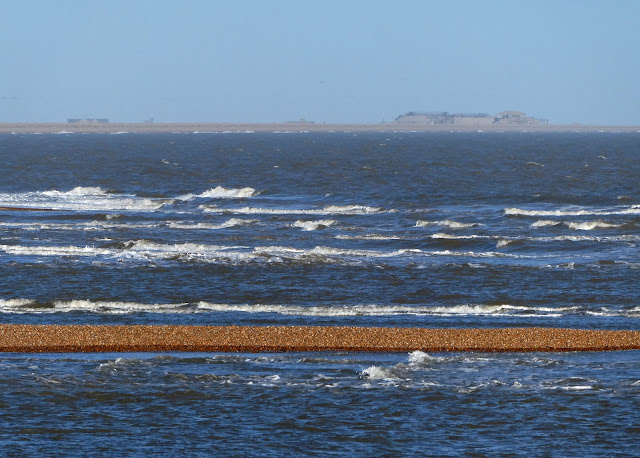 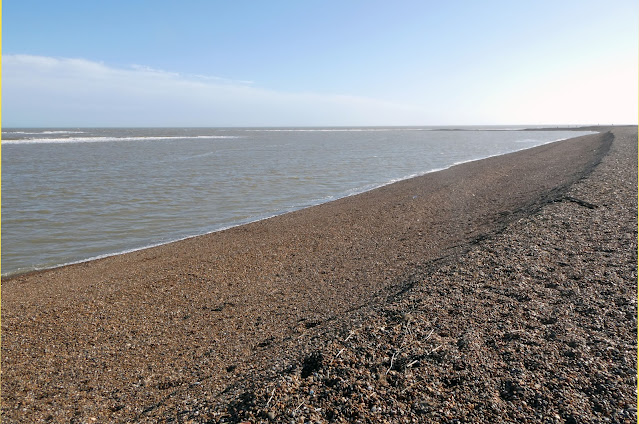 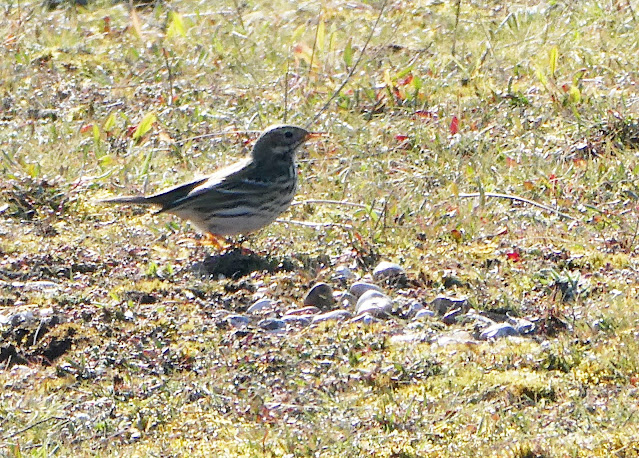 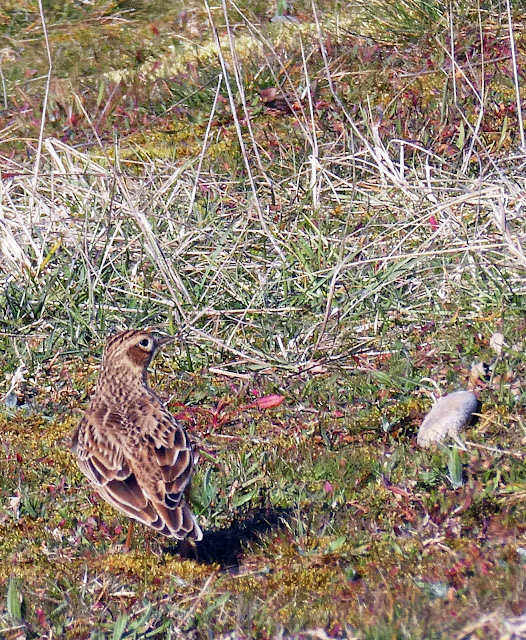 We saw our very first Little Egret near Penclawdd on North Gower when we moved to Swansea in the early 1990s. It seemed very exotic at the time. The species was first seen in 'significant numbers' in the UK in 1989. 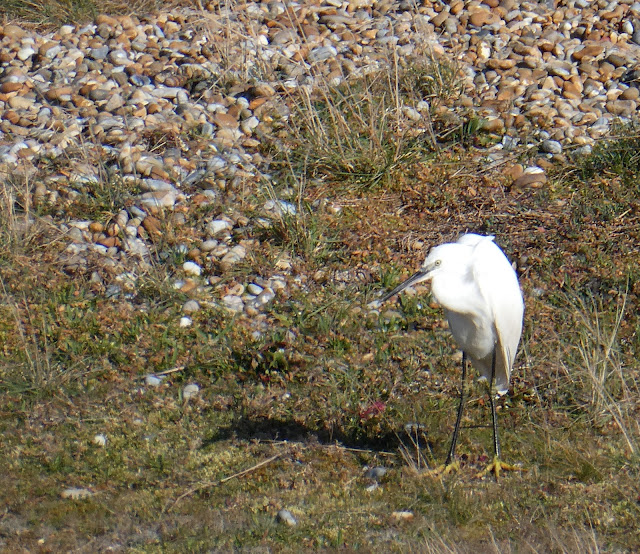 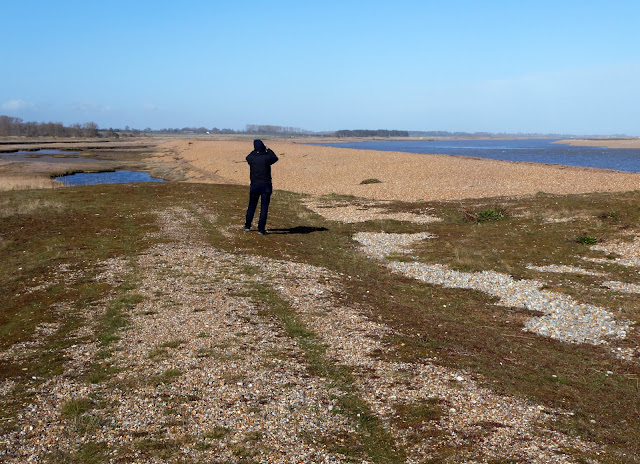 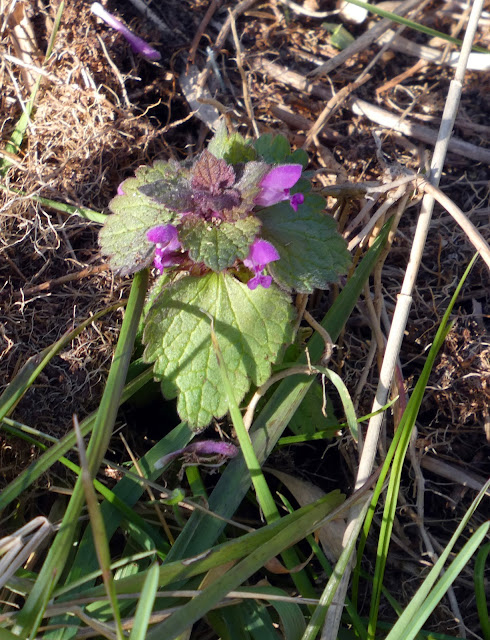 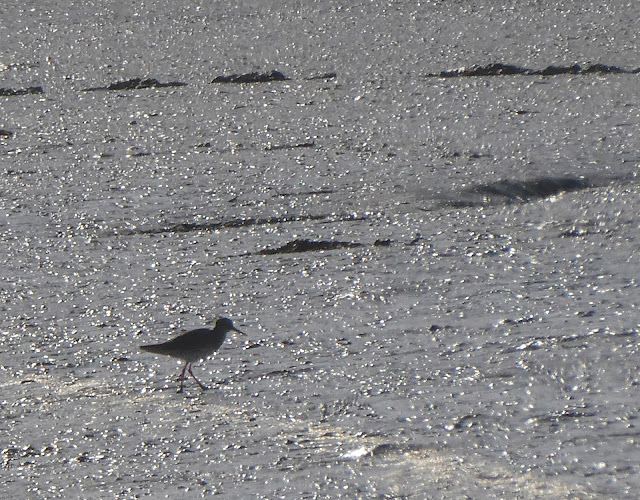 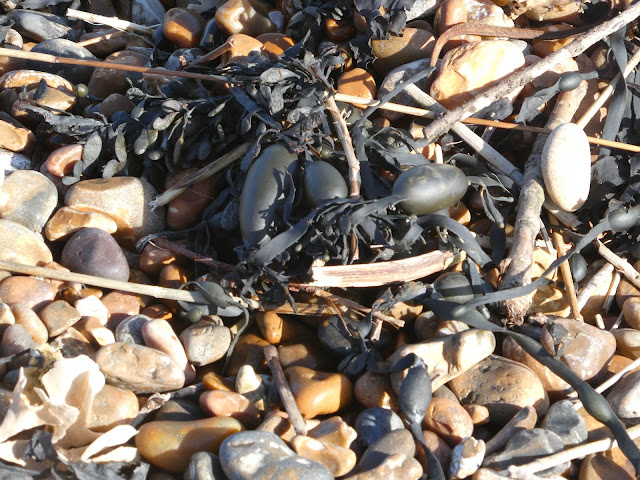 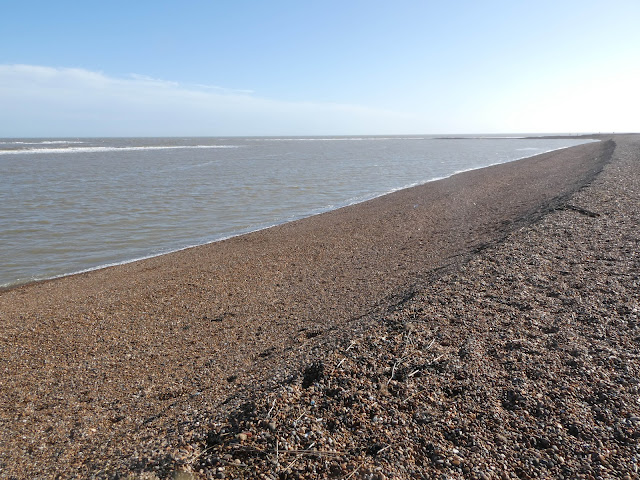 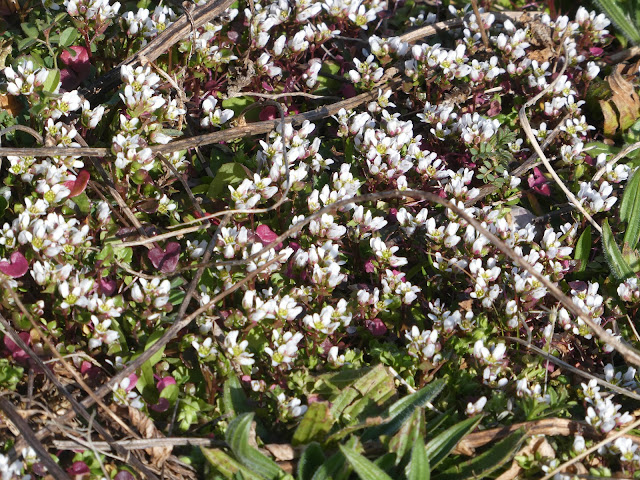 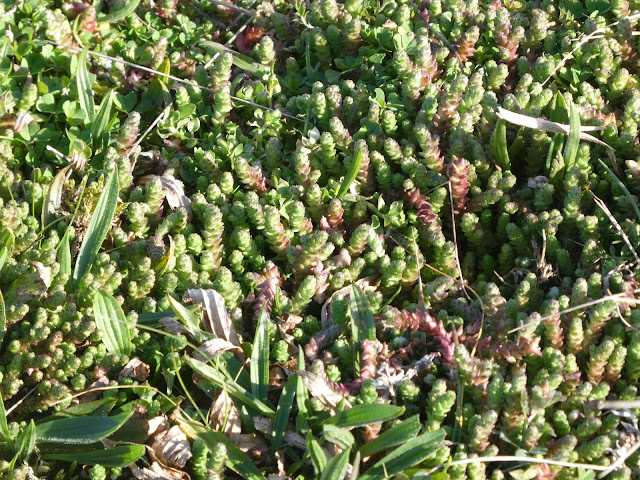 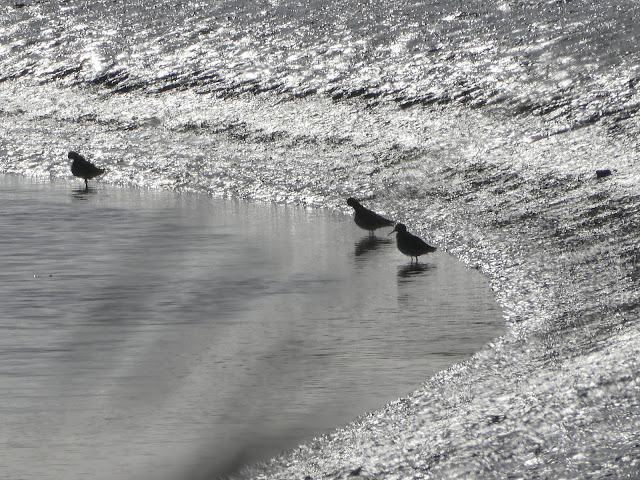 And finally, I should give another mention to Blake Morrison's poetry collection, Shingle Street.

What a lovely collection of photos, Caroline. It looks like a wonderful place for a walk. It's always wonderful to hear skylarks too, particularly these days as they're becoming rarer.