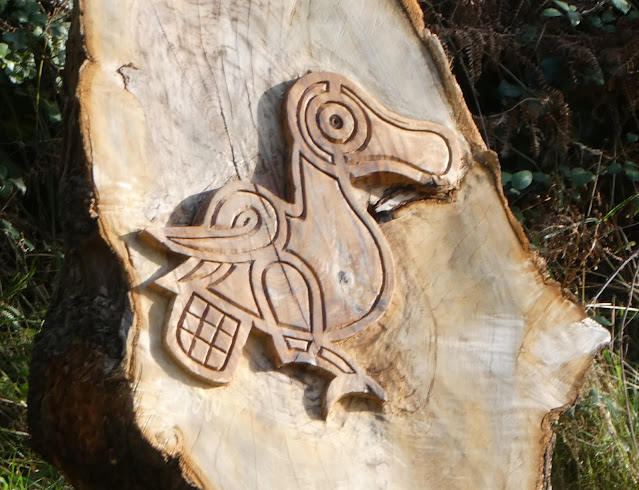 We spent a couple of hours at NT Sutton Hoo last weekend, once again leaving the other visitors to the mounds while we sought out the more secluded corners of the site. We hoped (in vain as it turned out) to see one or two more butterflies in the brief spells of afternoon sunshine. Sadly we failed to spot any, but were rewarded with sightings of Orthoptera (two Dark Bush-Crickets) and Odonata (a Common Darter and ?a Ruddy Darter). We also noticed a few molehills in the sandy soil.

My previous Sutton Hoo post included a modern wood carving replicating one of the wild boar designs. The photo above shows an image that puzzled me until this evening when we succeeded in tracking it down. The bird looks a bit like a Dodo to me, but I knew that couldn't be right. The original has sometimes, though not exclusively, been classified as a duck by Anglo-Saxon scholars; it adorns the exquisite Sutton Hoo purse-lid.

Autumn was much in evidence, and we noted several species of fungi. It was a joy to watch two Dark Bush-Crickets foraging in the nettles and areas of mixed hedging. I had forgotten how large these insects are, large that is until you compare them with the 6cm+ Great Green Bush-Crickets we loved to see in Cornwall back in the 1970s and 1980s. 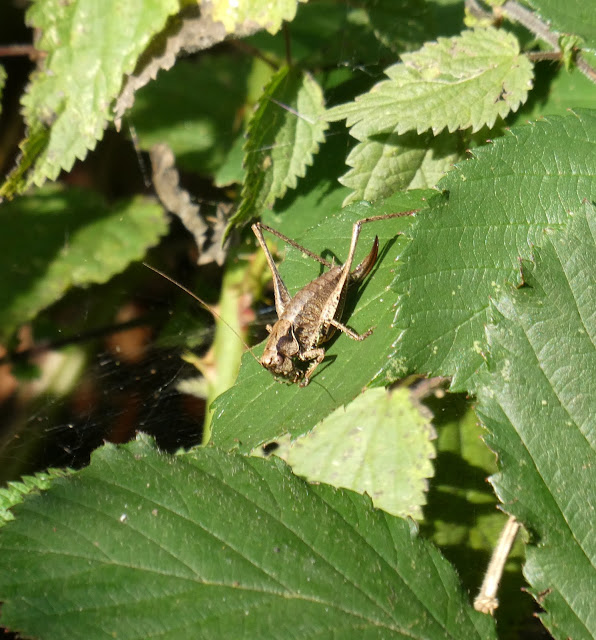 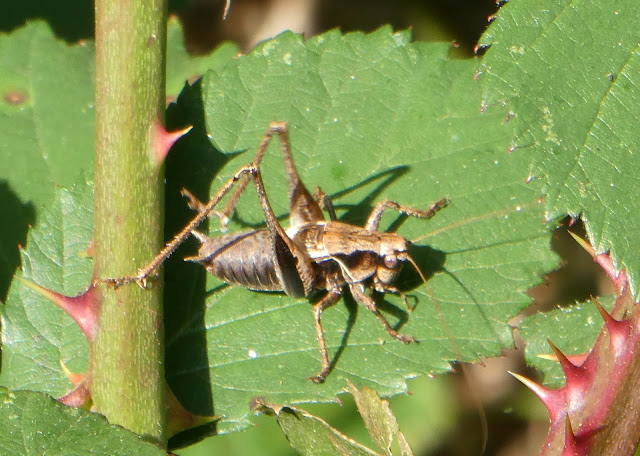 P.S. Who noticed the Sutton Hoo question on University Challenge (BBC) this evening?

Lovely photos Caroliene. I would SO like to go to Sutton Hoo. My son did see the Sutton Hoo Helmet though a few years back in the British Museum. Pleased you solved the mystery of the bird carving :)

I always enjoy seeing your photographs ...

Hi Caroline. Lovely photos here, especially the cricket, which is a magnificent insect!