First Butterfly Sighting and Other Insects in the Garden 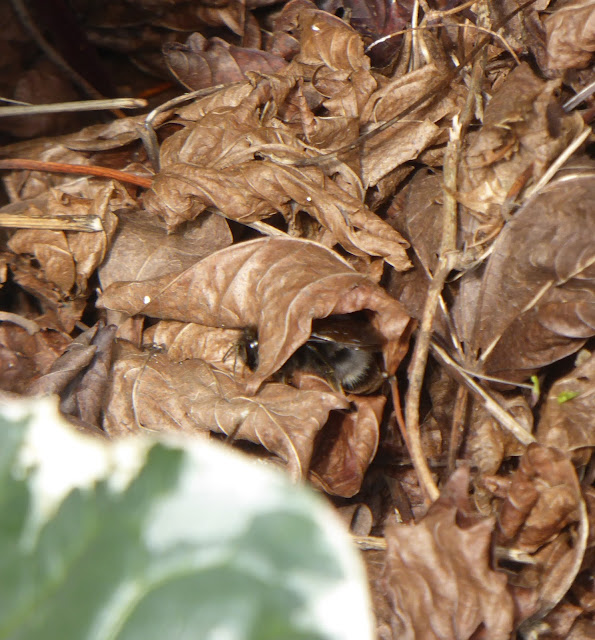 At long last, the day finally arrived! I saw my first butterfly of the year, a smart male Brimstone, gracing our garden yesterday.

But there were other sights to catch my attention as I took a careful look around this morning. One of these was the bee you see in the photo above and in the photo below. 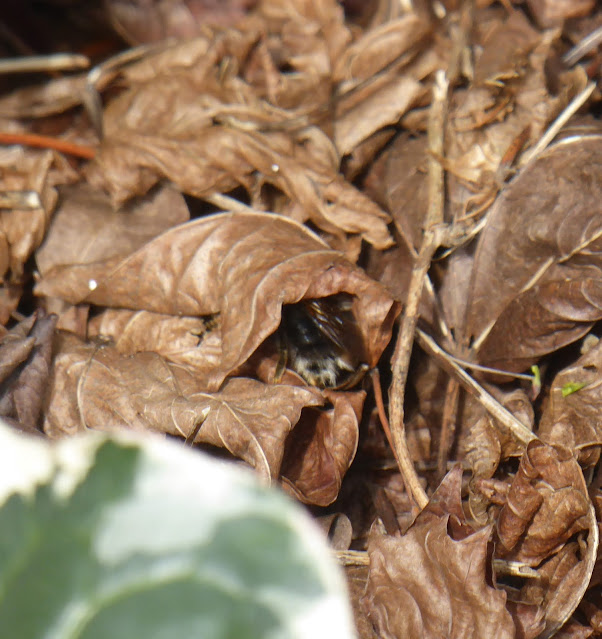 I watched as the bee squeezed herself in and out of the curled leaf. I know little about bees, but I am guessing she was a queen bumblebee, and that she had passed the winter hibernating in the patch of leaf litter. I spent several minutes watching her. 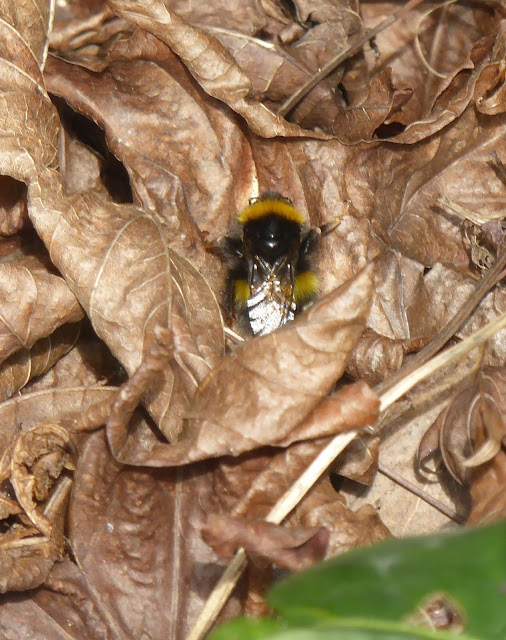 Something else 'bee-like' stopped me in my tracks. It was what I think may be a Red-mason bee, though, as ever, please correct me by leaving a comment. 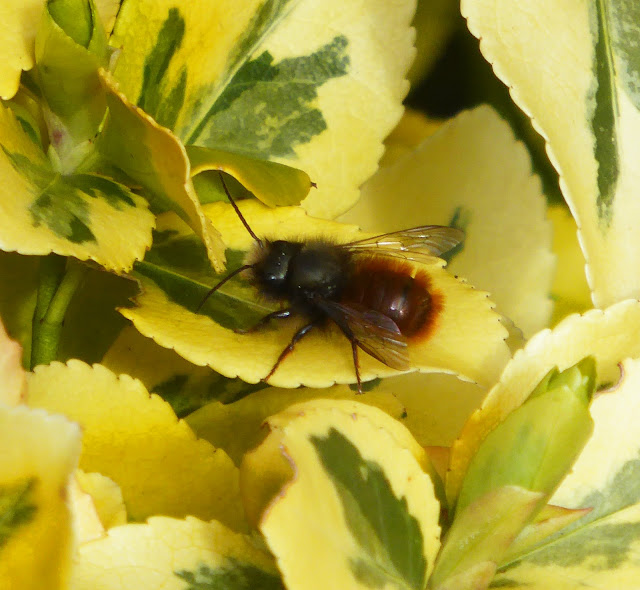 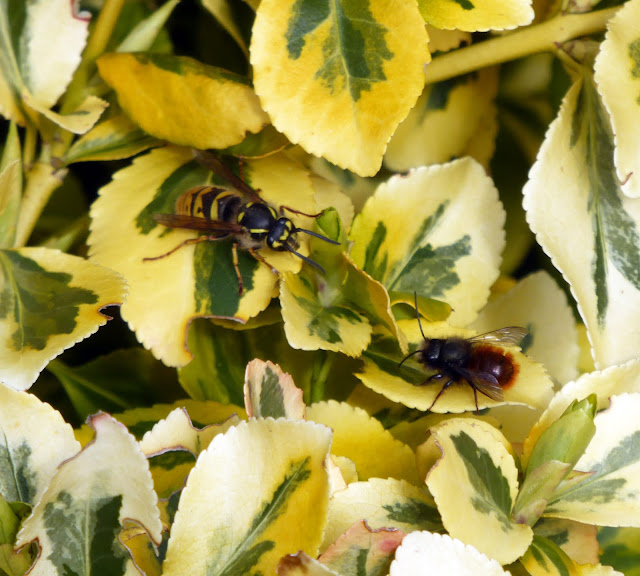 As you can see in the photo above, this little bee was soon joined by a much more ferocious-looking insect (is it a wasp or a wasp-mimic?). I waited to see what would happen next, and after just a few short seconds, the bee took off. 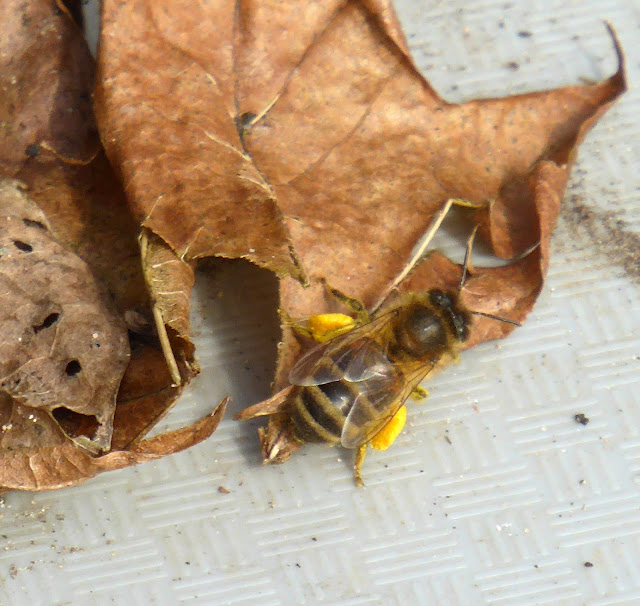 It seems to have been a good day for bees here. Look at the golden pollen in this Honeybee's 'saddlebags'! 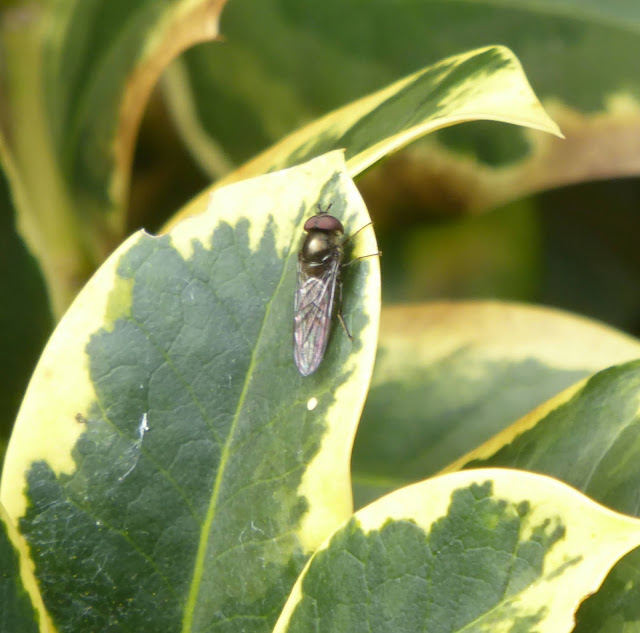 I have not been able to identify the fly in the  photo above yet, but wonder if it is a Soldier Fly. Update: it's hard to see what lies under the wings, but I'm wondering if this is more likely to be Meliscaeva auricollis. 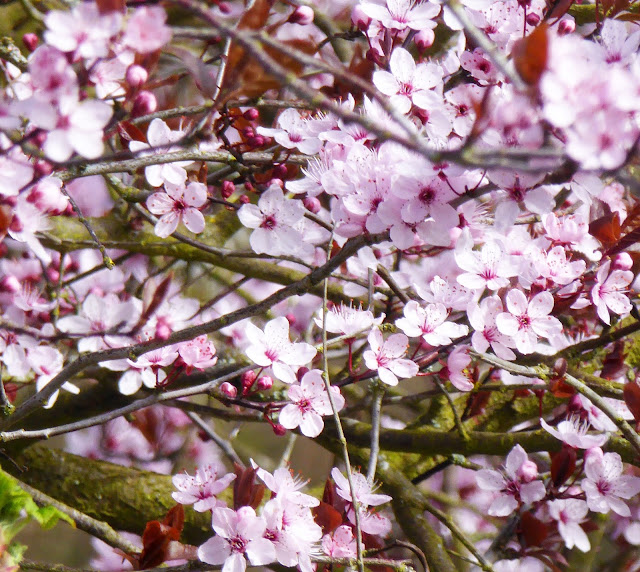 Let's have a brief 'insect interlude' to make way for the cheering sight of this blossom. I love seeing the colourful flowers once again.

But, of course, it's not just the plants that bring colour. The photos below show the distinctive reds and oranges of our 7-spot Ladybirds. The one in the next photo has an unusual mark on its elytra. There are certainly two, and probably three, 7-spots in the second picture, along with a Pine Ladybird. 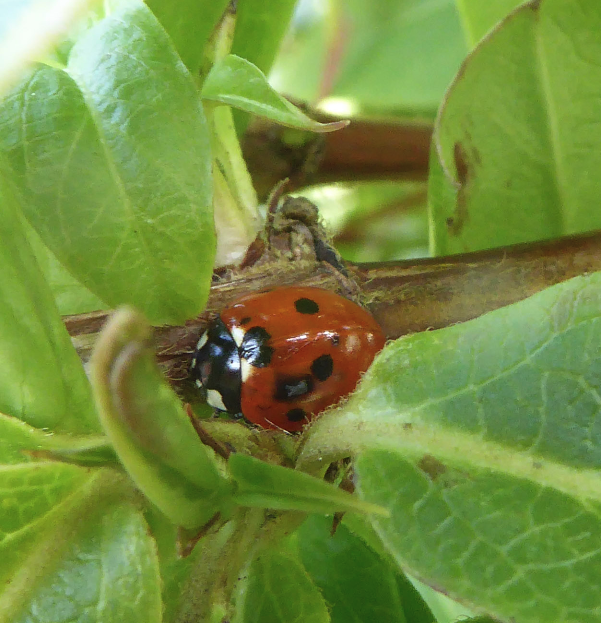 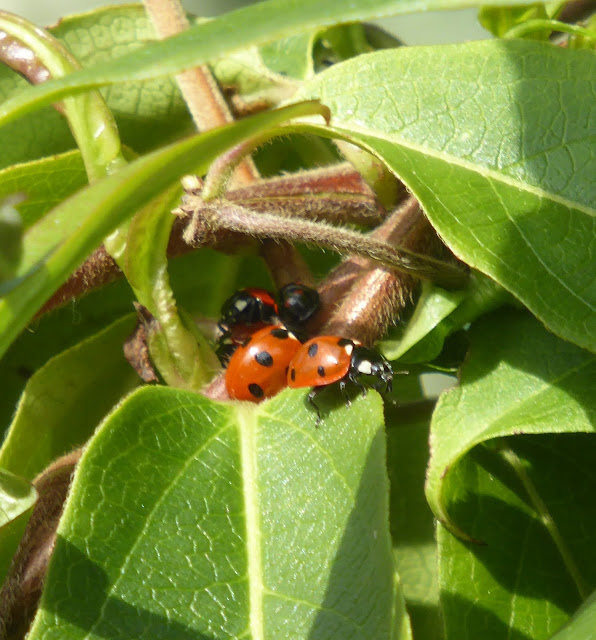 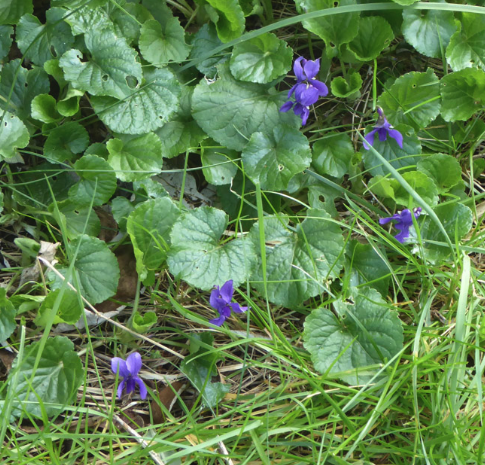 I was delighted to discover more Violets in the garden this morning. And finally, what a joy it was to see the Brimstone, even if I was unable to take its photograph. I saw the one below in 2019. 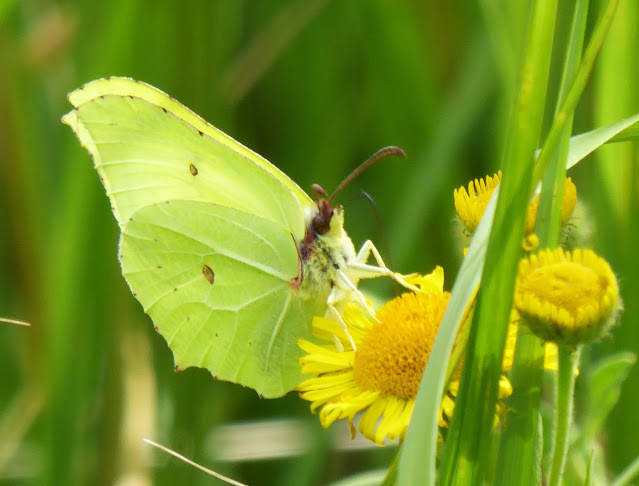 I see I have almost completed a year of the Butterfly Conservation Garden Butterfly Survey. Having failed to spot any butterflies in January and February a year ago, I began to log my sightings at end of March 2020.

Good morning Caroline, in poemblog10.blogspot.com I wrote a poem called 'On spotting the first Brimstone in Spring' . Still waiting this year. You must have a very good camera. Excellent pictures.

Great photos Caroline and so pleased you have seen your first butterfly of the year. I still haven't seen one but there are bees about now :) The blossom looks lovely. I take part in the Garden Butterfly Survey too.

Thank you, RR and Mark, for your kind comments. I found your beautifully poignant Brimstone poem, Mark, thank you. I hope we'll see some butterflies soon ...