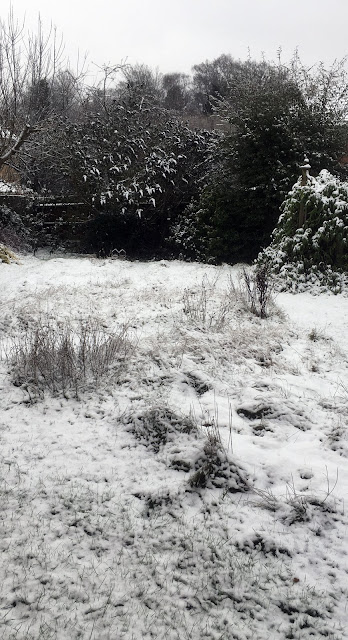 We finally had more than a five-minute flurry of snow today. It looked beautiful for a while, but began to melt fairly swiftly. There is still some slush on the pavements, which will doubtless turn to ice if the temperatures freeze again, but most of the snow has vanished. The Blue tits, Long-tailed tits, Great tits, Robin and Blackbird have been very active around the coconut feeder. We also had a couple of gulls and Magpies battling it out for a tasty morsel. 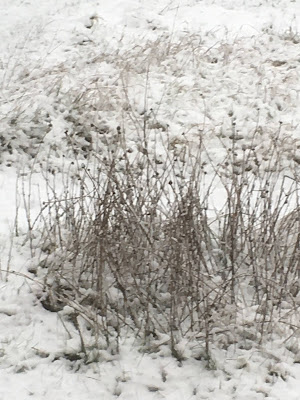 I checked yesterday and at least one of the four Wasp spider eggsacs is still intact, though much of the long grass is now bent over. I couldn't see any signs of a Snowdrop, but I guess it's early yet. At least some of the bulbs have started to shoot. Will there be daffodils in flower for 1st March, I wonder? 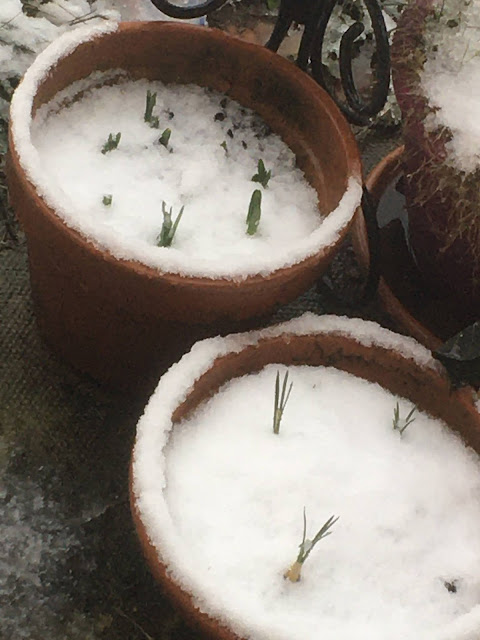 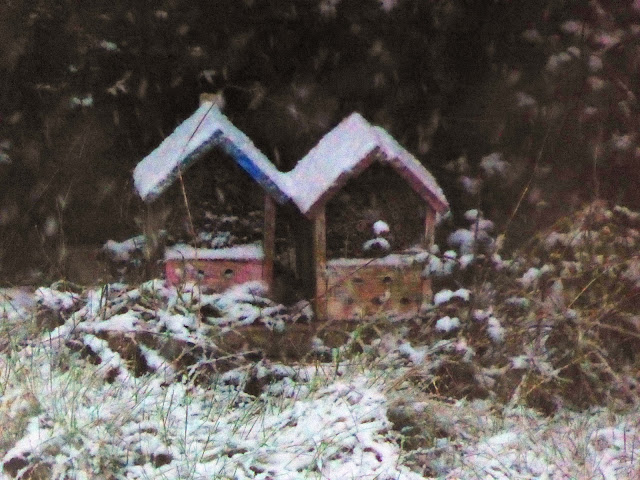 lovely snowy scenes! We've had some snow that then melted then froze but it's warmer now and there is no ice (until the temperature falls again!).

Lovely snowy photos. Didn't have any here last week but did have some briefly a few weeks ago. Can so transform a garden and make it look magical :)