Minsmere and our first Cuckoo of the season 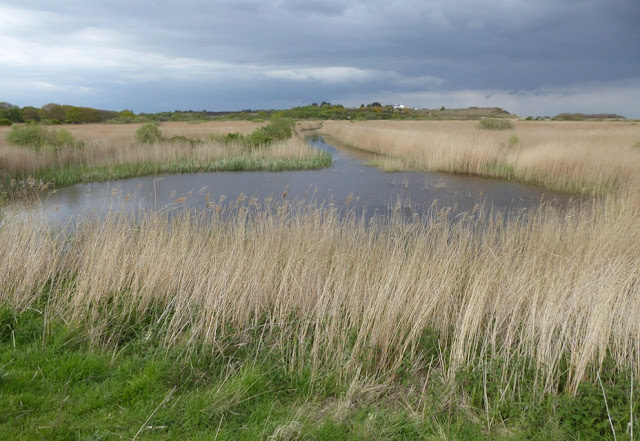 We spent Bank Holiday Monday afternoon at RSPB Minsmere, under brooding skies. The photo above shows the scene looking up to the coastguard cottages on Dunwich Heath. 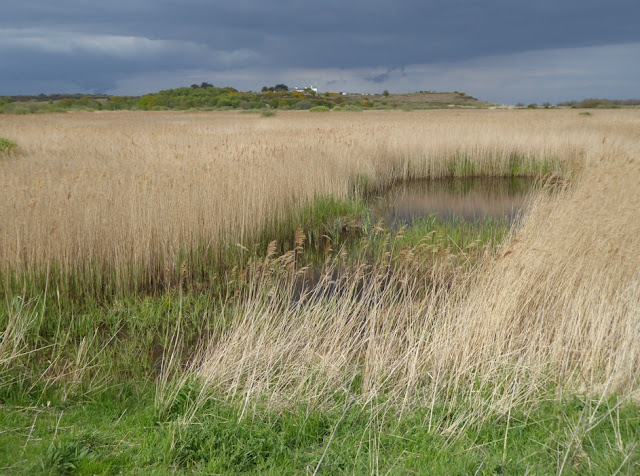 All of a sudden we heard the unmistakable call of the Cuckoo, our first Cuckoo of 2019. What a thrill! 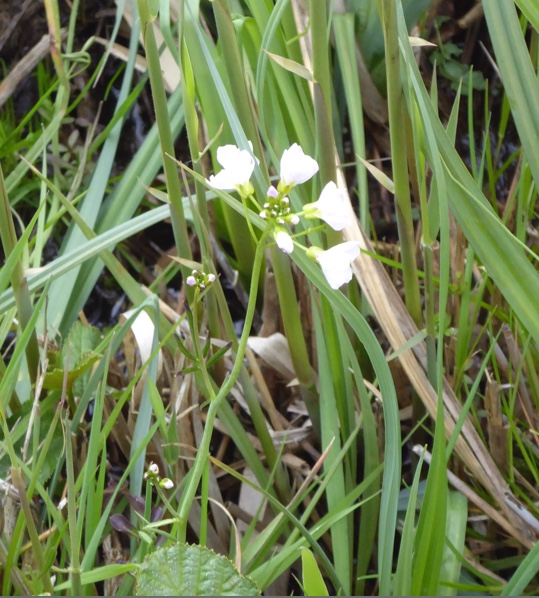 Strangely, it was also the day on which I found my first Cuckoo Flower. 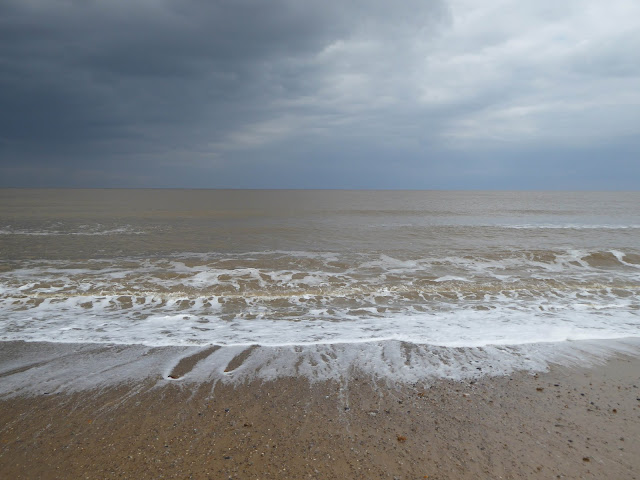 It was lovely to find some sand on the beach... 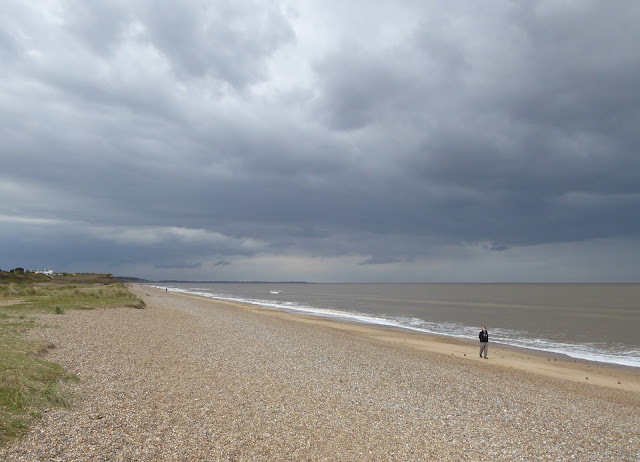 ... and I was surprised that there were so few other people about. 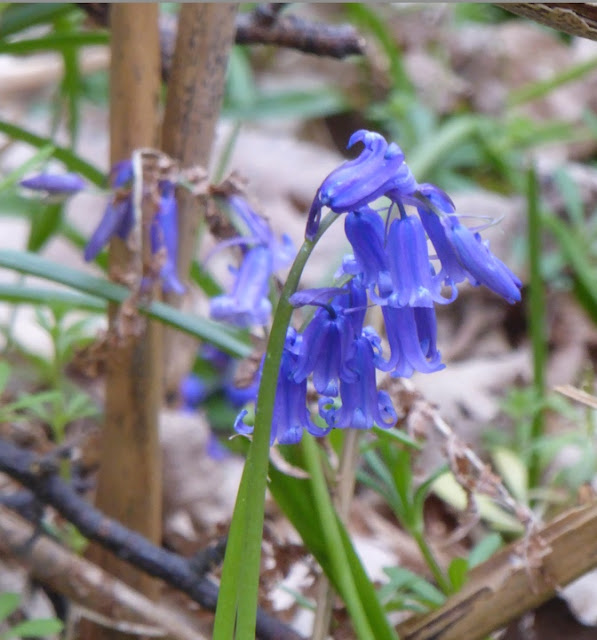 There were still Bluebells in the woods. 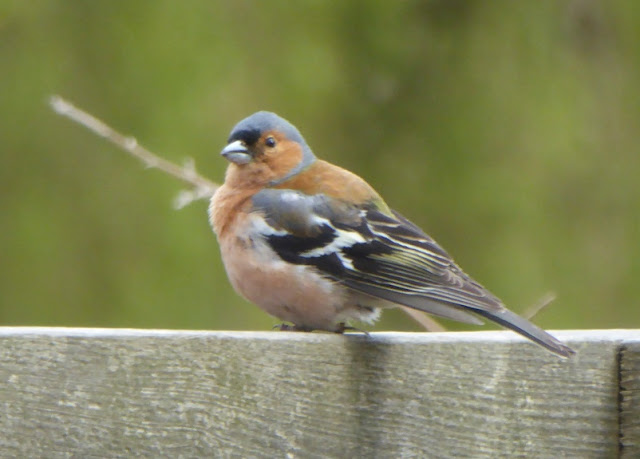 This plump Chaffinch eyed us up as we sat out, drinking cups of tea. 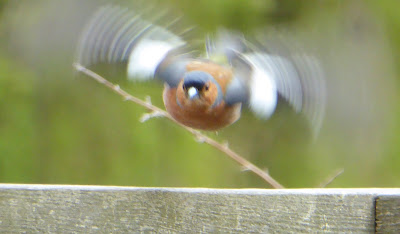 All of a sudden he flew off in a flutter of feathers. It was time to see what was about on Island Mere. 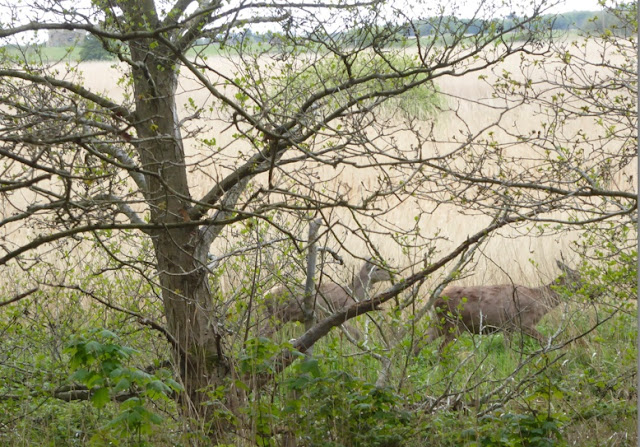 There were some large does skirting the woodland path... 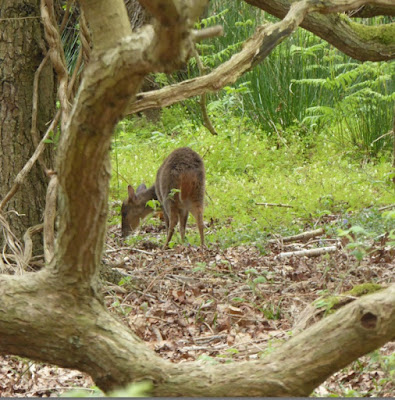 ... and a small Muntjac, munching away, seemingly unperturbed by our presence. 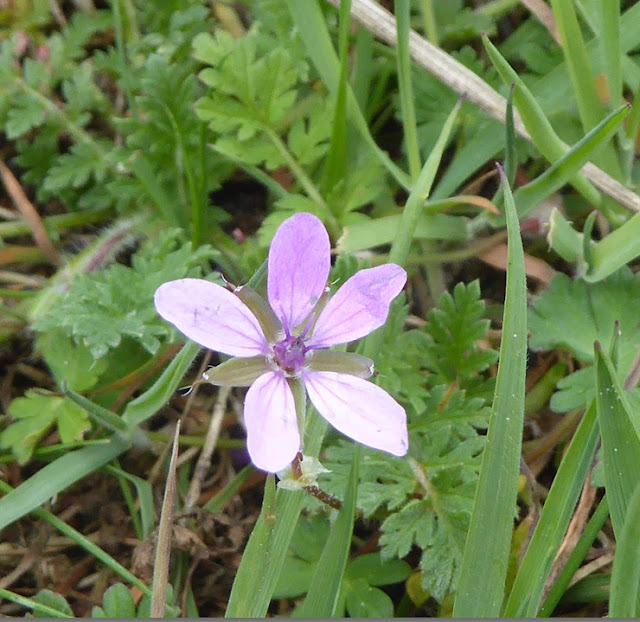 We passed small clumps of this tiny pink flower. Is it a kind of Cranesbill, I wonder? (Update... no, it is a Common Storksbill: please see Comments). I have a hunch it likes sandy soils as we have also seen it as NT Sutton Hoo. 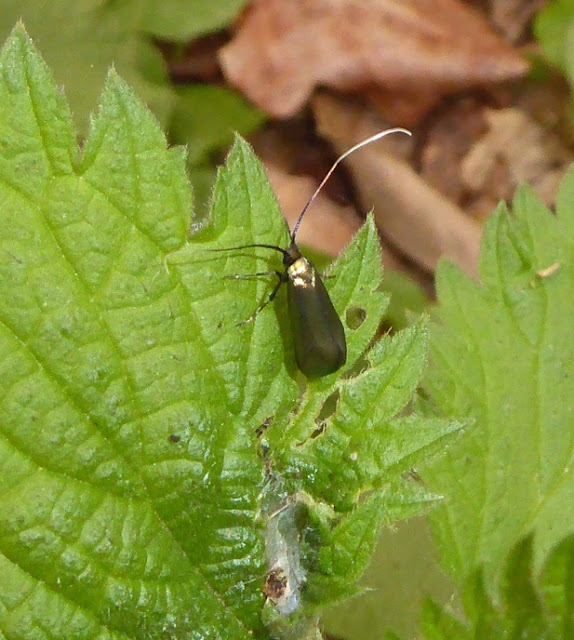 This beautiful iridescent Long-horn (moth) was making its way along a stinging nettle, which it shared... 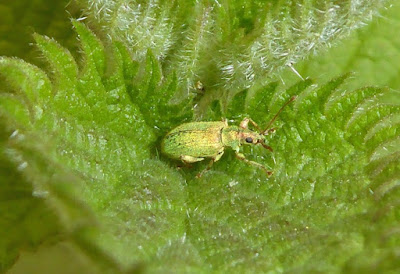 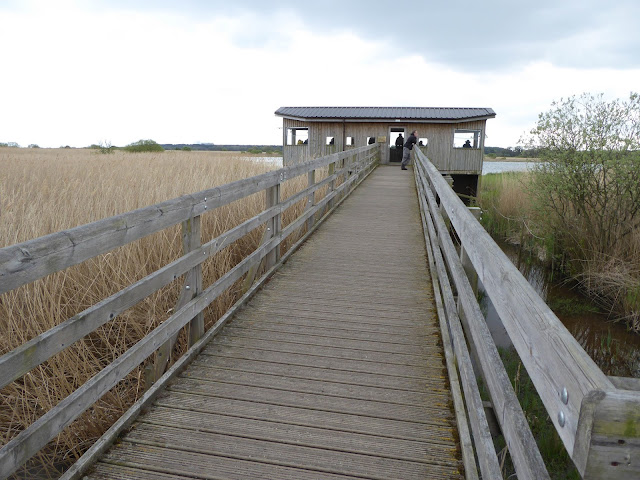 There were 'chittering' sounds as we walked up the ramp to the Island Mere hide, but I didn't see any Bearded tits or Reed buntings. We did, however, spot two Marsh Harriers in the distance. 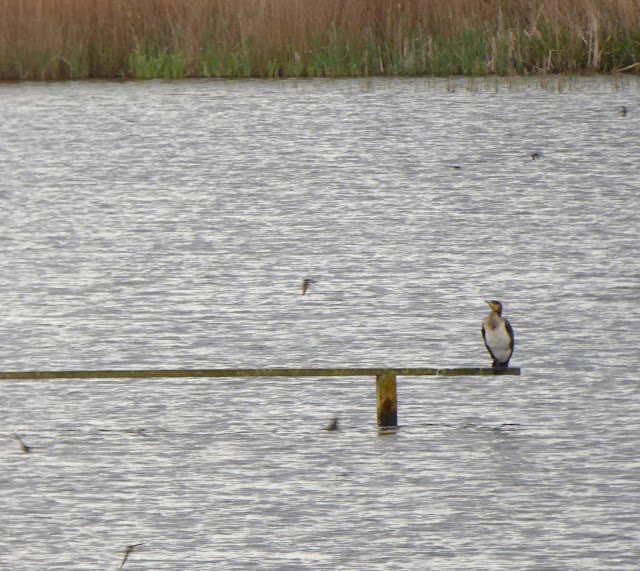 The mere was a swarm of activity: the Cormorant seemed to be watching very hungry migrants (?Swifts) who had recently arrived in vast numbers. 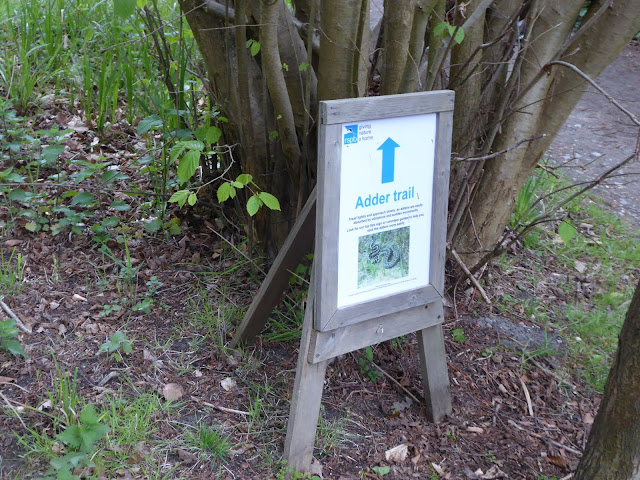 We retraced our steps along the Adder Trail... 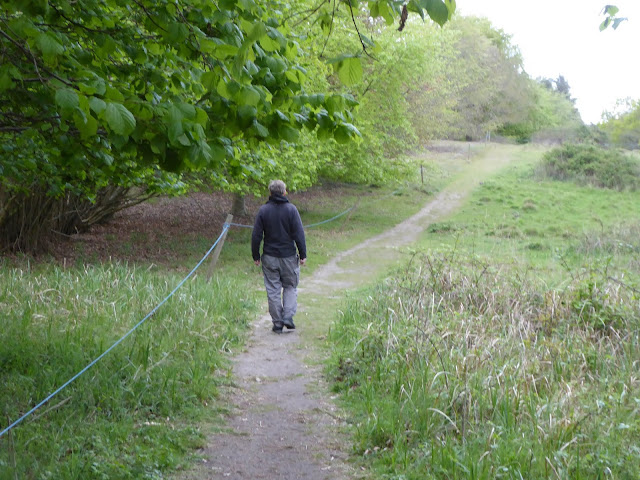 ...where there were quite a few rabbits (and no snakes in sight - probably too cold for them!). 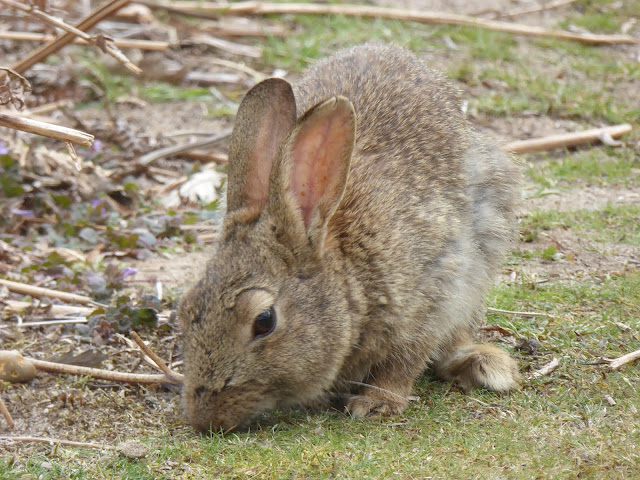 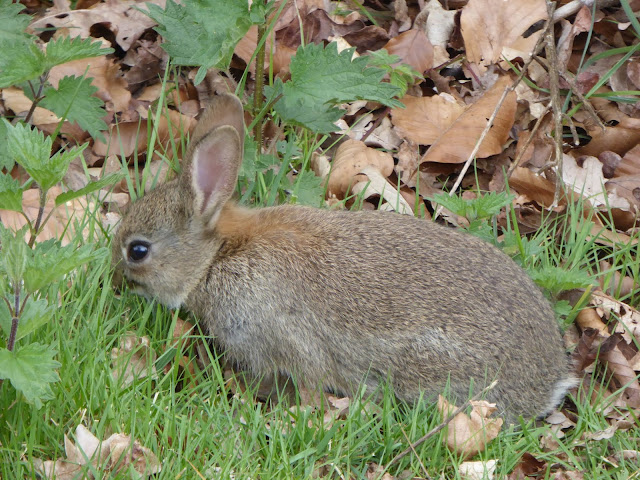 I don't suppose the Bluebells will still be there on our next visit, but they have been a joy to see. 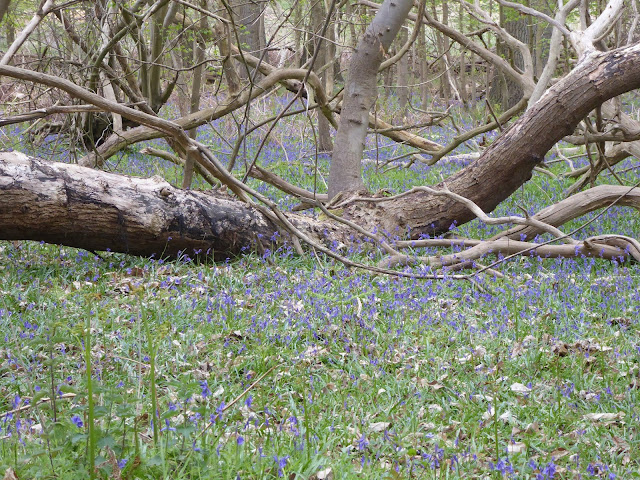 The cranesbill is the related Common Storksbill.

A lovely set of photos and well done on first cuckoo and cuckoo flower - a great coincidence to see them on the same visit. A shame about the adders being absent. I haven't seen an adder since I was child when I saw one at Valley of the Rocks. They are believed to be extinct these days in Warwickshire and I have never been lucky enough to see one on holiday or on days out.

Thank you, Conehead54, for your help here. I need to untangle my cranes and my storks! Thank you, RR, for your kind comment: we don't see Adders often here - and a lot of it depends on the time of year coinciding with warm temperatures! We do see Common Lizards, though...

I've never visited RSPB Minsmere and always enjoy seeing your photographs from here. What a lovely variety of critters and flowers you've shared.

It's always lovely to hear cuckoos, I haven't heard one this year yet