A Quick Flit Around RSPB Minsmere 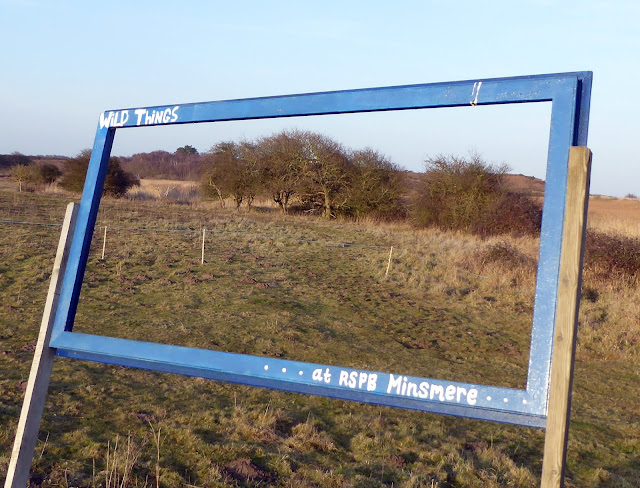 No prizes for guessing the setting of our expedition last weekend. I thought there was a Stonechat in the frame when I clicked the camera, but I don't seem to see it here. 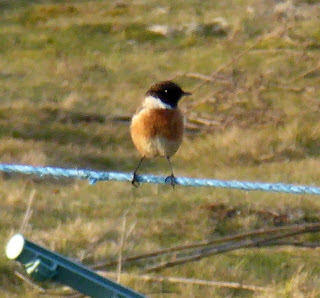 There were, however, quite a few about, flitting between the grass and the rope - like the one above. 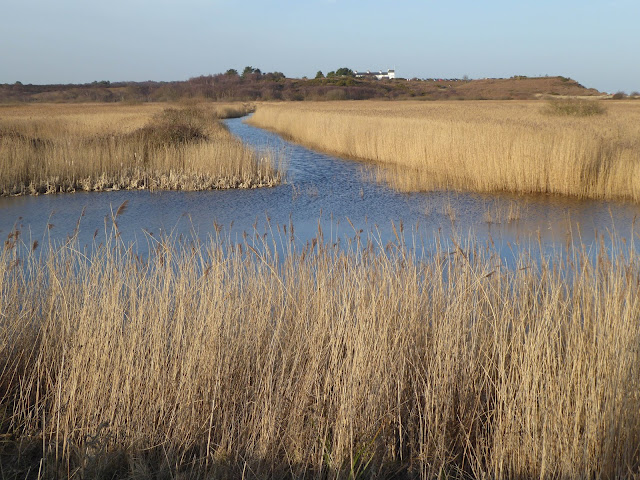 You can make out the coastguard cottages at Dunwich Heath on the rise, another favourite spot. 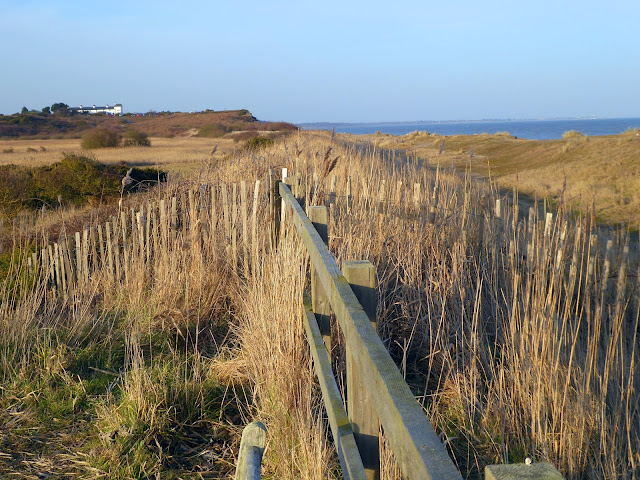 After a peep at the sea (where we missed a Mediterranean gull), we headed back past the pond for Earl Grey and tiffin, looking out over the reedbeds in the reserve. 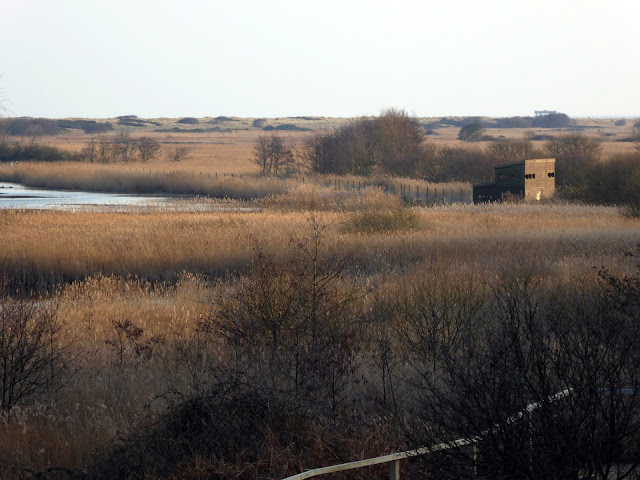 We were the only ones sitting out, but wrapped up in outdoor clothing, the temperature seemed fine to me. 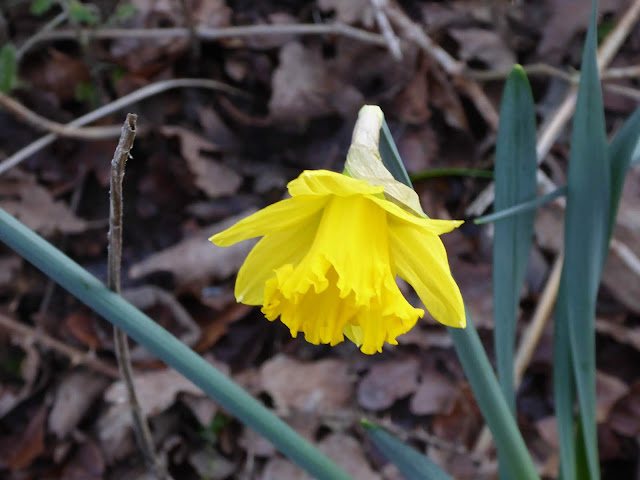 We walked past what were for me the first daffodil blooms of the season (a bit ahead of St David's Day), and headed for the Bittern Hide. An early Bittern had apparently been booming, but we failed to hear the call. 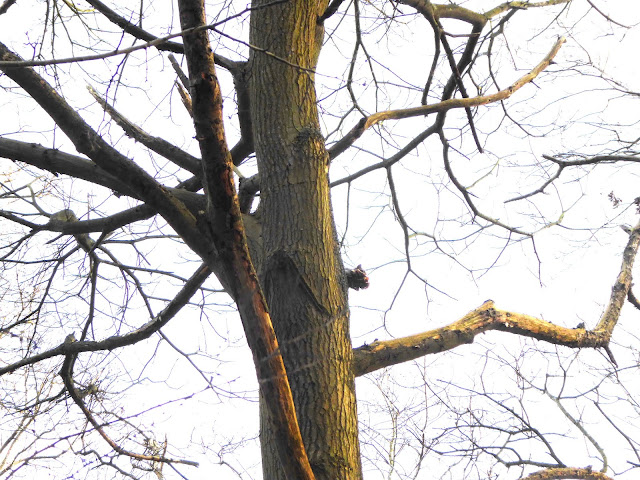 I soon heard a scuffle and watched this Grey Squirrel clambering up the trunk with a mouthful of dry leaves... yes, it's (almost) that time of year again! It was very furtive and I only managed this record shot before it disappeared from view. 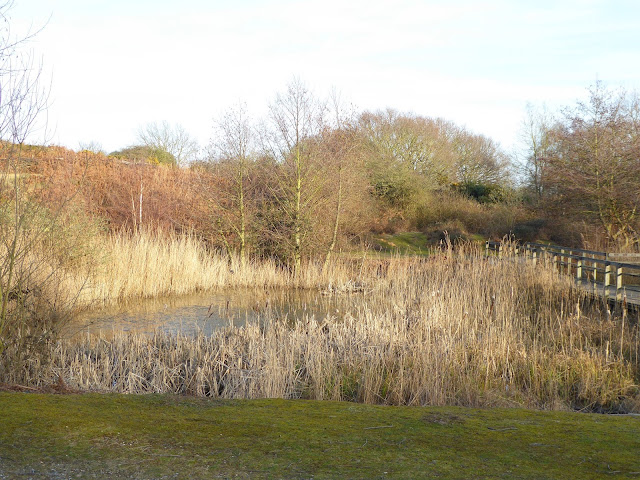 It is very sad to think that in a week when some have spotted their first butterfly of the season (alas, I'm still waiting...), there have been further reports of the drastic demise of our insect populations. The pond above is a good place for odonata: I'm hoping there will still be a good show of dragons and damsels later on. And then, of course, the plans, for and the campaign against, the proposed Sizewell C power station continue: if you click the link, you will be able add your voice to the debate. I know life is rarely straight forward, but I find it very hard to understand why a structure of this kind should be built on neighbouring land to one of the UK's best nature reserves, which is home to numerous unusual, and in some cases, threatened, species.

A lovely post Caroline of a very special reserve with great photos. I spotted some daffodils in flower last weekend too but in the garden we just have buds.

So worrying about insect declines - what are humans doing to this planet? :( Not good news about Sizewell either - surely they could have found an alternative site if they really feel the need to go ahead.

I enjoyed seeing all of your photographs.
We had butterflies flitting in the garden earlier today, a wonderful sight.

Have a good week.