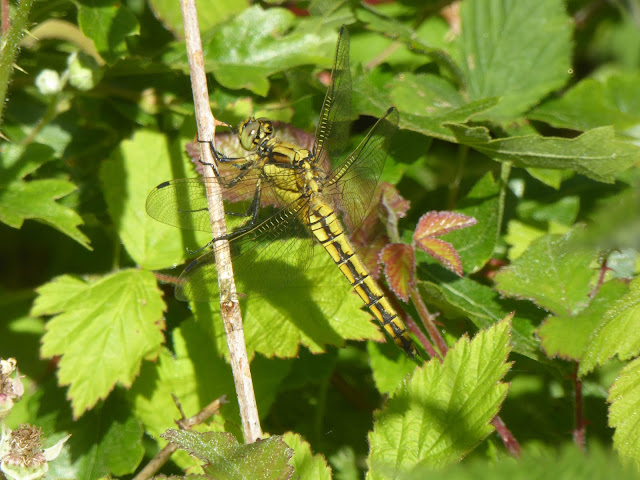 We spent a few hours at RSPB Minsmere over the weekend, where there were some wonderful dragonflies flying about in the sunshine. This is a female Black-tailed Skimmer, not a species I have often seen before. 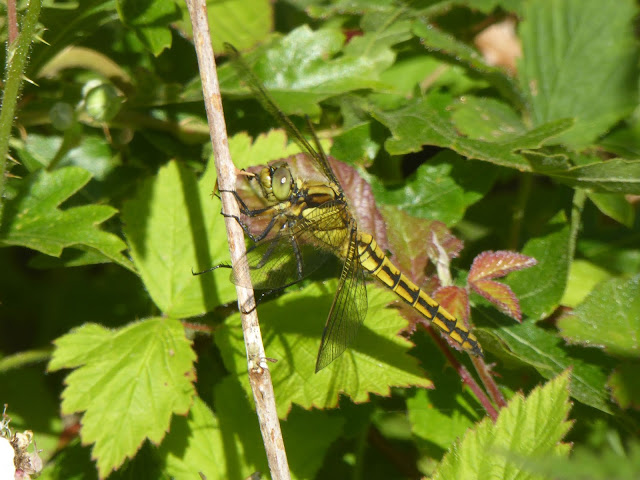 It was a magnificent insect, as you can see. The adult male has a blue abdomen. 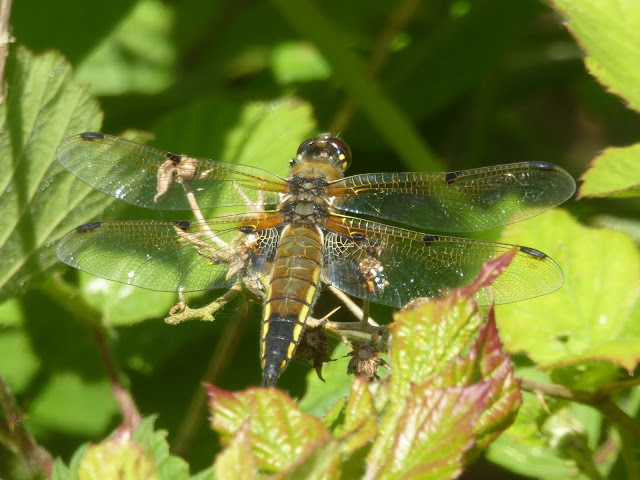 There were a number of Four-spotted Chasers on the brambles ... 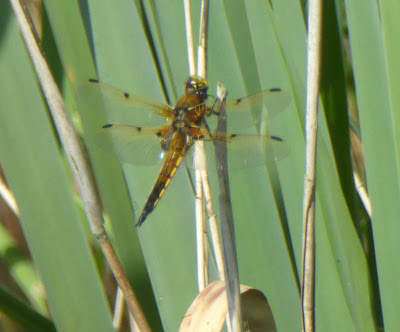 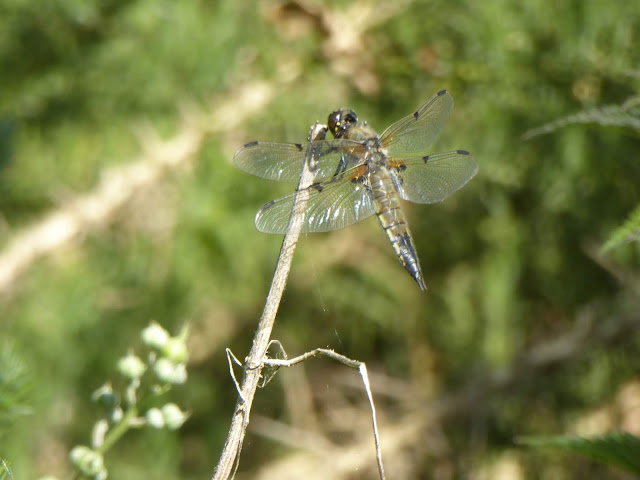 The one above is a female. 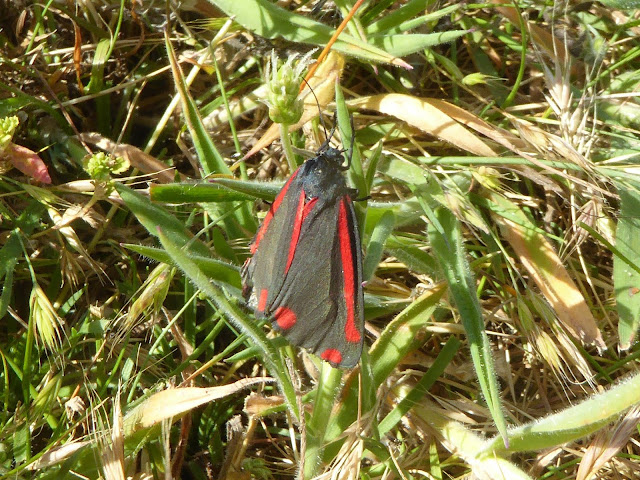 We encountered a couple of Cinnabar moths, one on the ground on the path to the sea and the other on the wing above the Adder Trail. Such lovely insects! 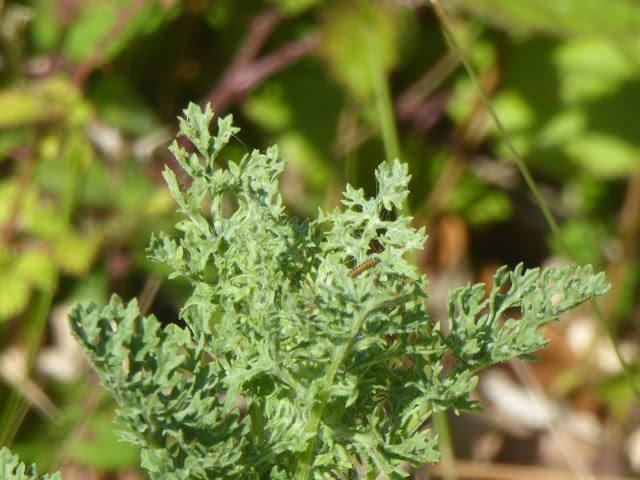 We also noticed this tiny Cinnabar larva on a stalk of Ragwort which, I guess, had failed to thrive (or could it be a moulted skin?). 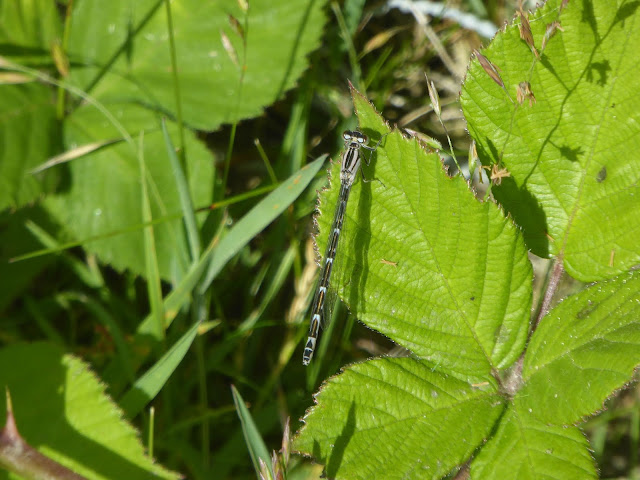 I'm not entirely sure, but think this may be a Variable Damselfly. As ever, please feel free to correct me! 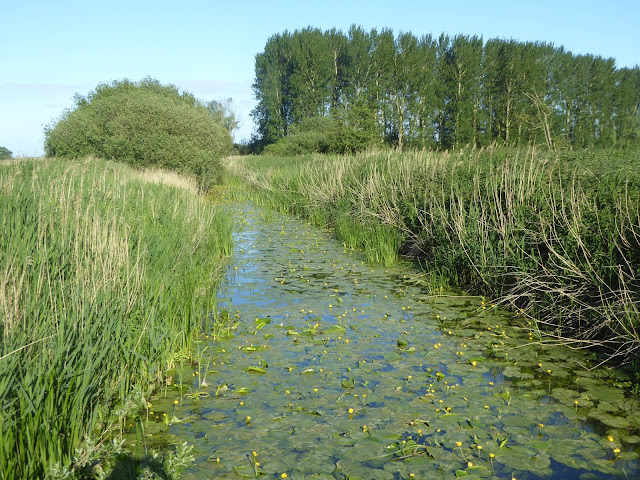 We stopped by the bridge on our way home as we have sometimes seen Demoiselles here. There did not appear to be any... 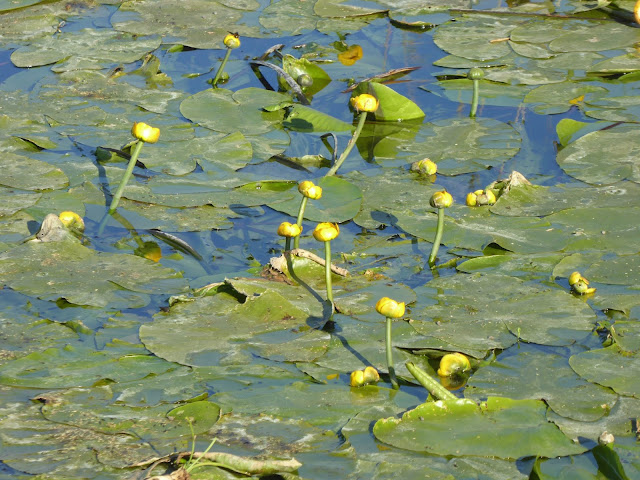 ... but the Yellow Waterlilies were wonderful. 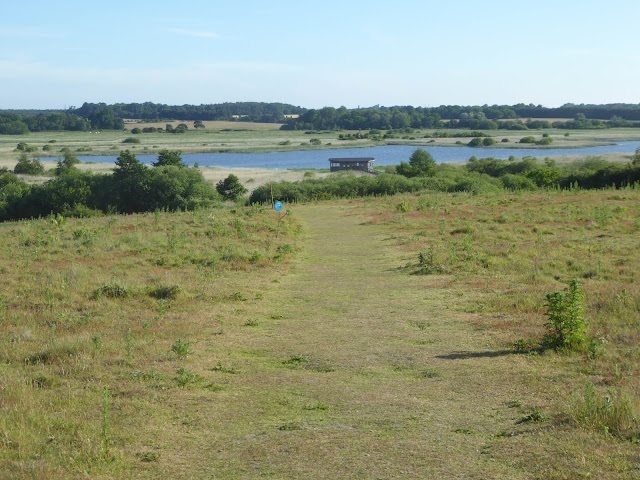 This was the view from Whin Hill, high (by Suffolk standards) above the Island Mere hide. The remains of the old BBC Springwatch cabin are just off the photo to the left. 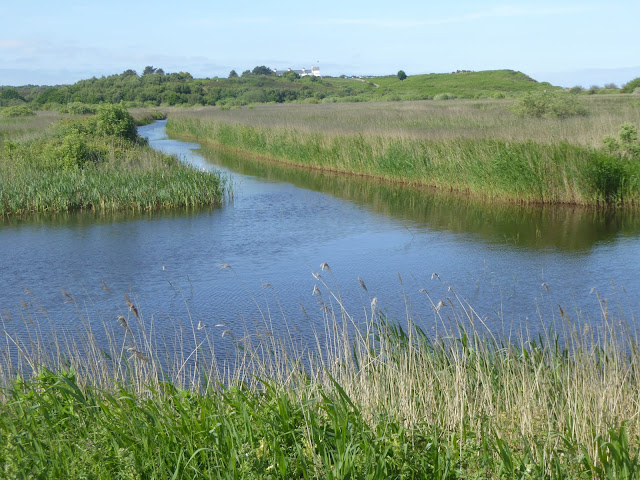 This was where we found the first Cinnabar moth. 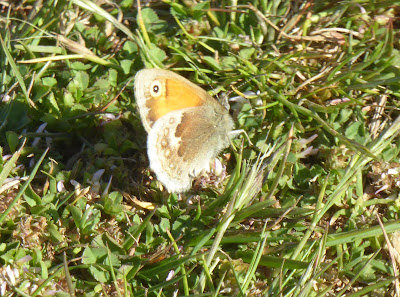 We also saw a couple of tiny Small Heath butterflies ... 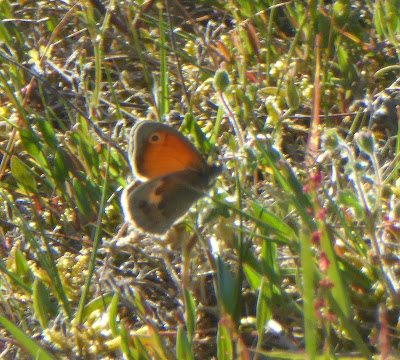 out in the sunshine. 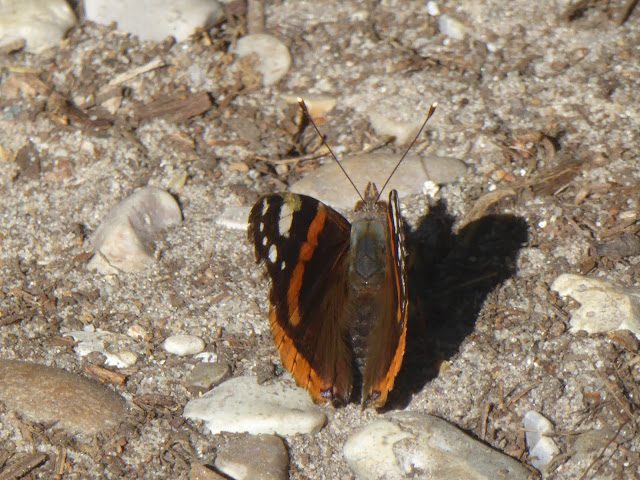 We had been told by the staff on the desk that it was probably too warm for reptile sightings, but the insects seemed to be basking in the heat.

It has been a busy week and I'm sorry it has taken so long to post these pics! Enjoy the weekend ...

Another wonderful selection of photographs.
I do agree with you, the yellow waterlilies look wonderful.
Such a nice time of year.

A super selection of photos - so many dragonflies :)

I saw a pair of cinnabar moths a few weeks ago near Ragwort in the garden. We had caterpillars last year so am still hoping they might appear again this year :)