We have visited RSPB Minsmere many times and have longed to see the Bearded tit. It is an elusive bird and one on the orange conservation list.

There are probably good numbers of this bird at Minsmere, but it is an elusive creature, despite the distinctive 'ping ping' of its voice. As you can see from the photos, it prefers to hang out in the reedbeds.

We were in the Island Mere Hide over the weekend when a man moved at speed in the direction of our corner, camera poised. It transpired that he was on the case and had located a female.

After a gentle flapping of feathers, the bird rose to the top of a reed ... 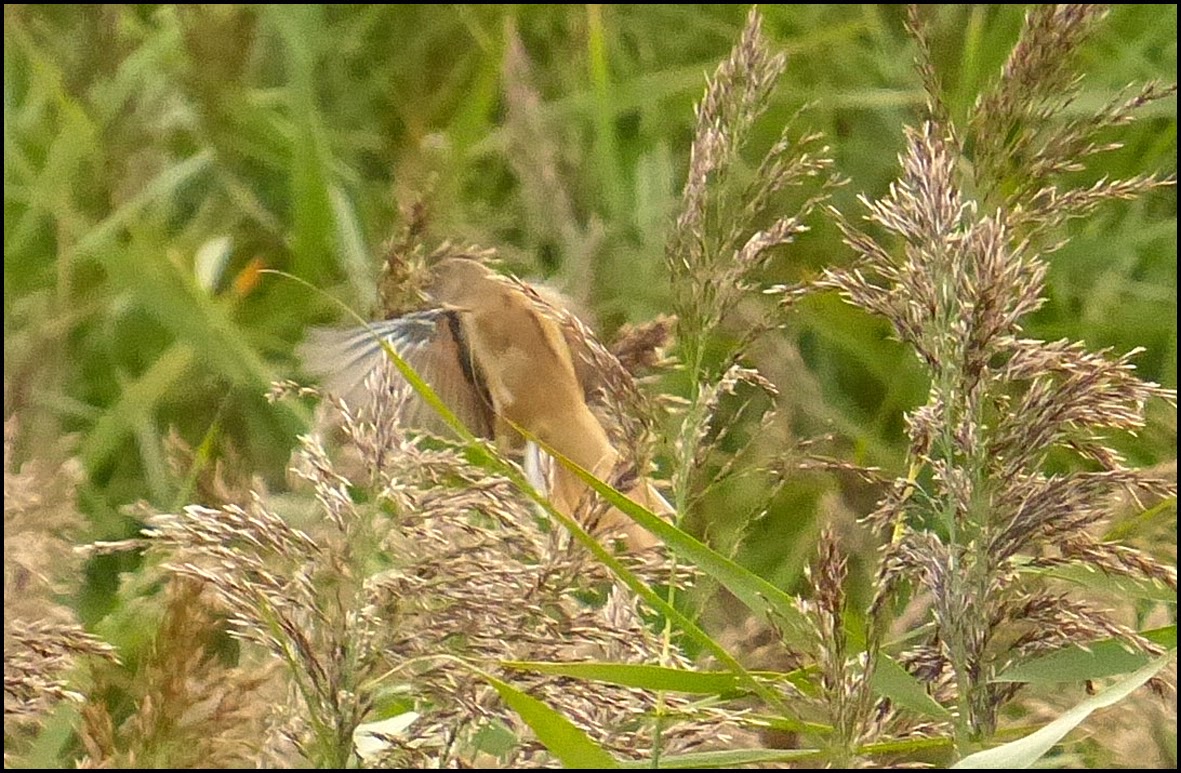 ... and launched into the air. I had a feeling that that was all we were going to see. 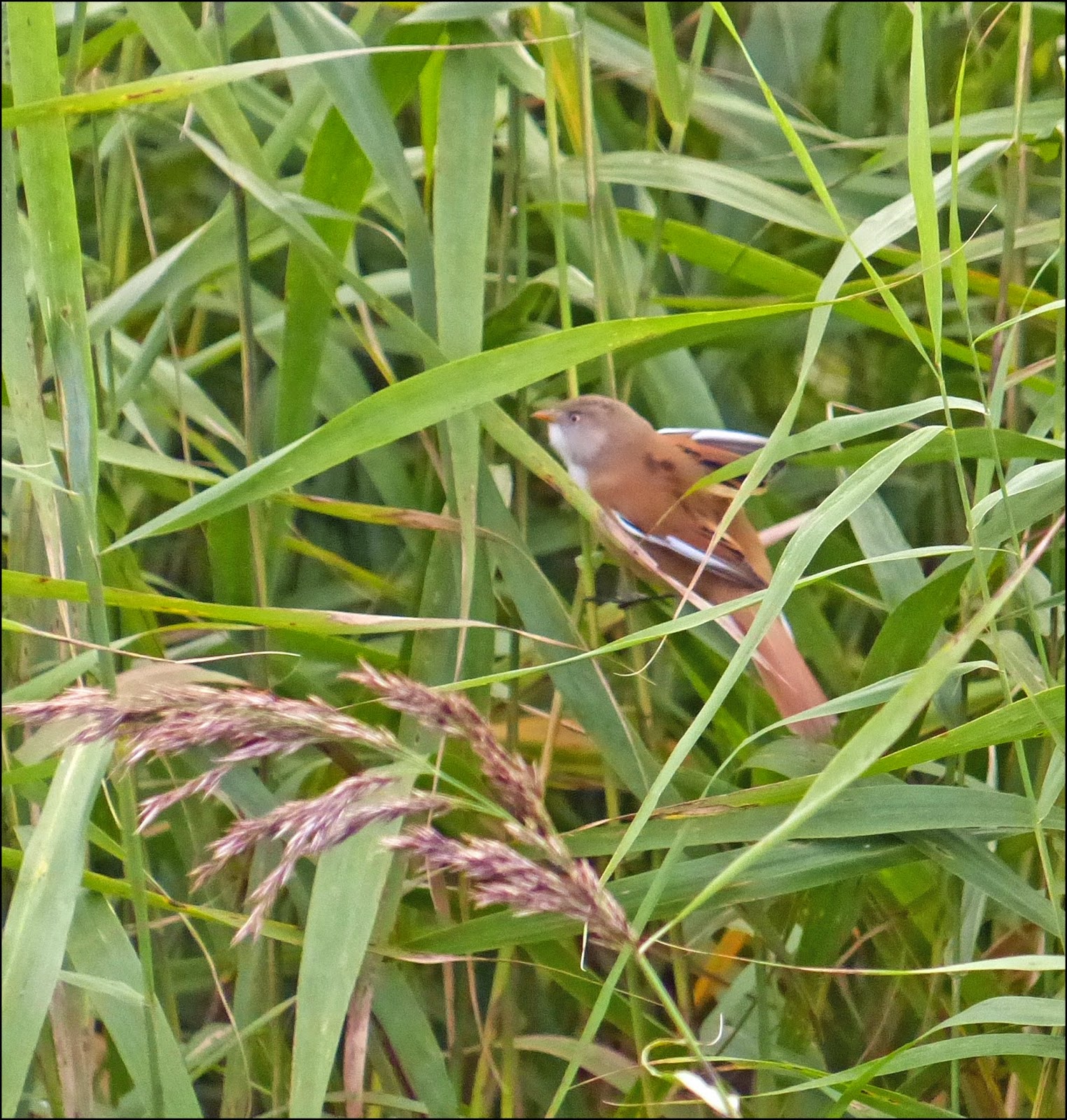 However, that was not the end of the story. The RSPB volunteer got us up to speed on our Bearded tit fieldcraft, and soon we were waiting for the reeds to twitch. The twitching was almost invariably followed by a movement up the stem until a secretive face appeared. 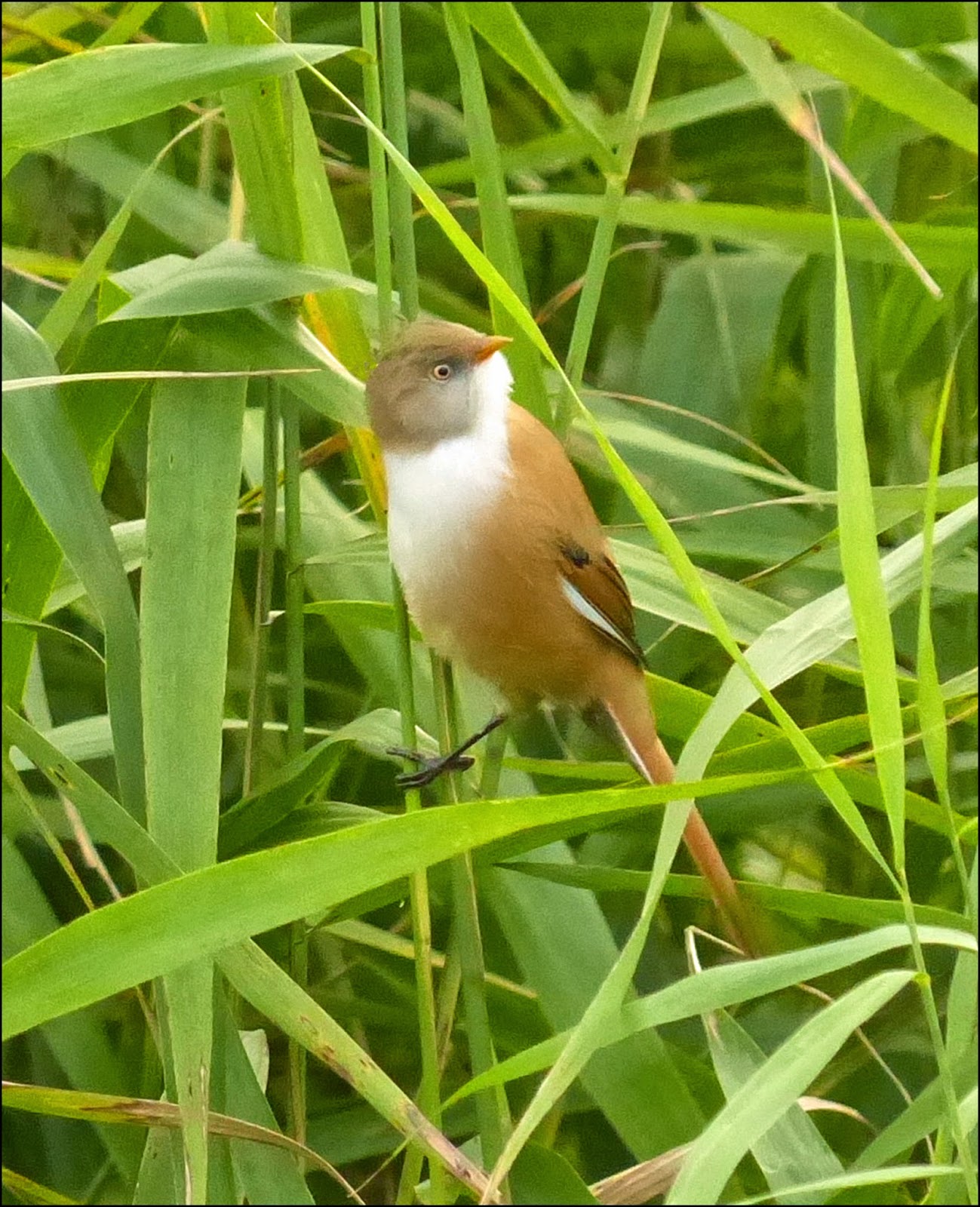 We had some good views of the female and now that we know a little more about these beautiful birds and their habitat, I hope we will have the chance to see the male before long. There is a magnificent photo of one here. You will notice that the male bird actually has markings more akin to a long moustache than a beard! 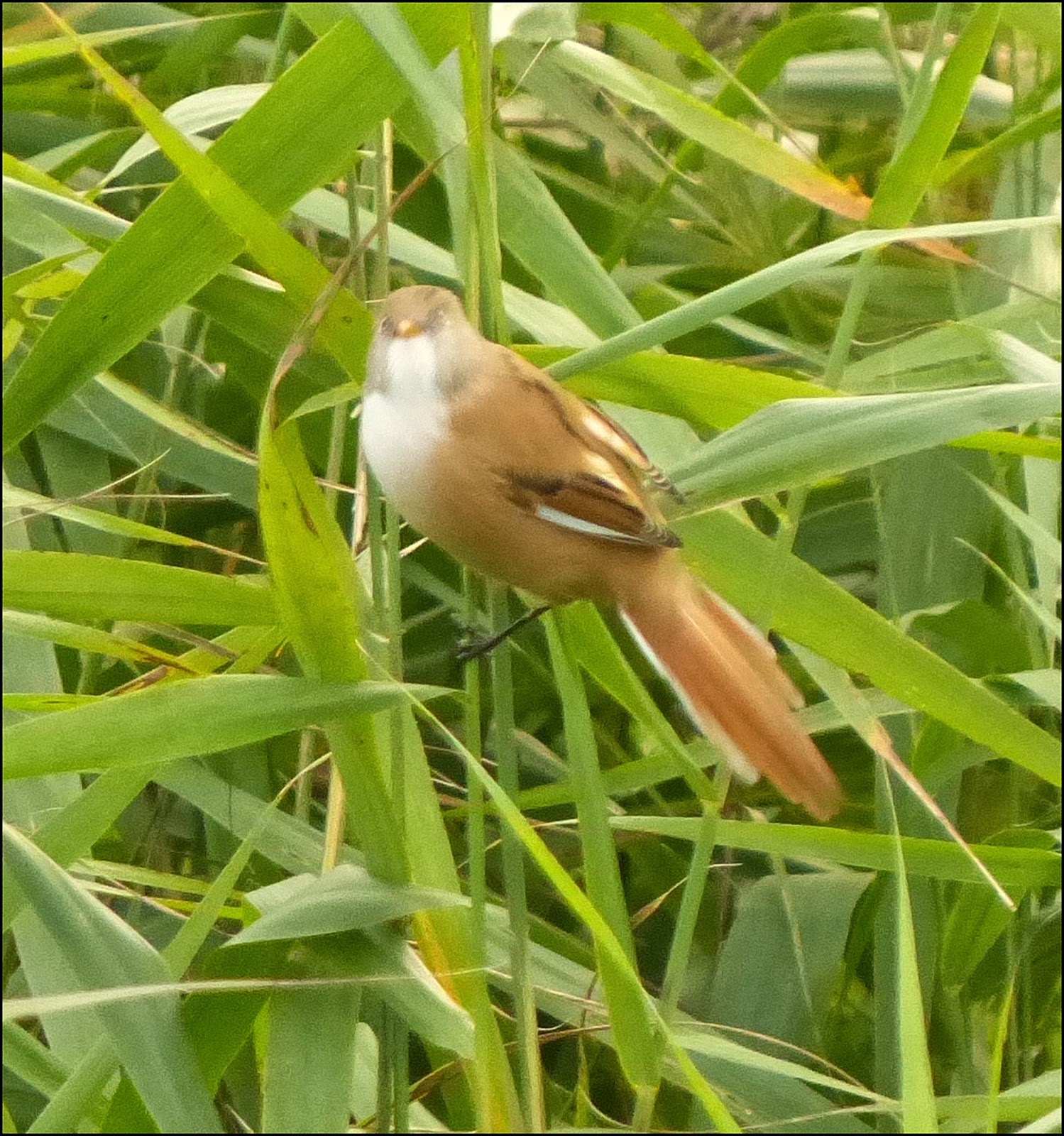 The RSPB Minsmere blog for 29 September (today), written by Ian Barthorpe, mentions the imminent irruption of this species. You can read about this aspect of Bearded tit ecology here. 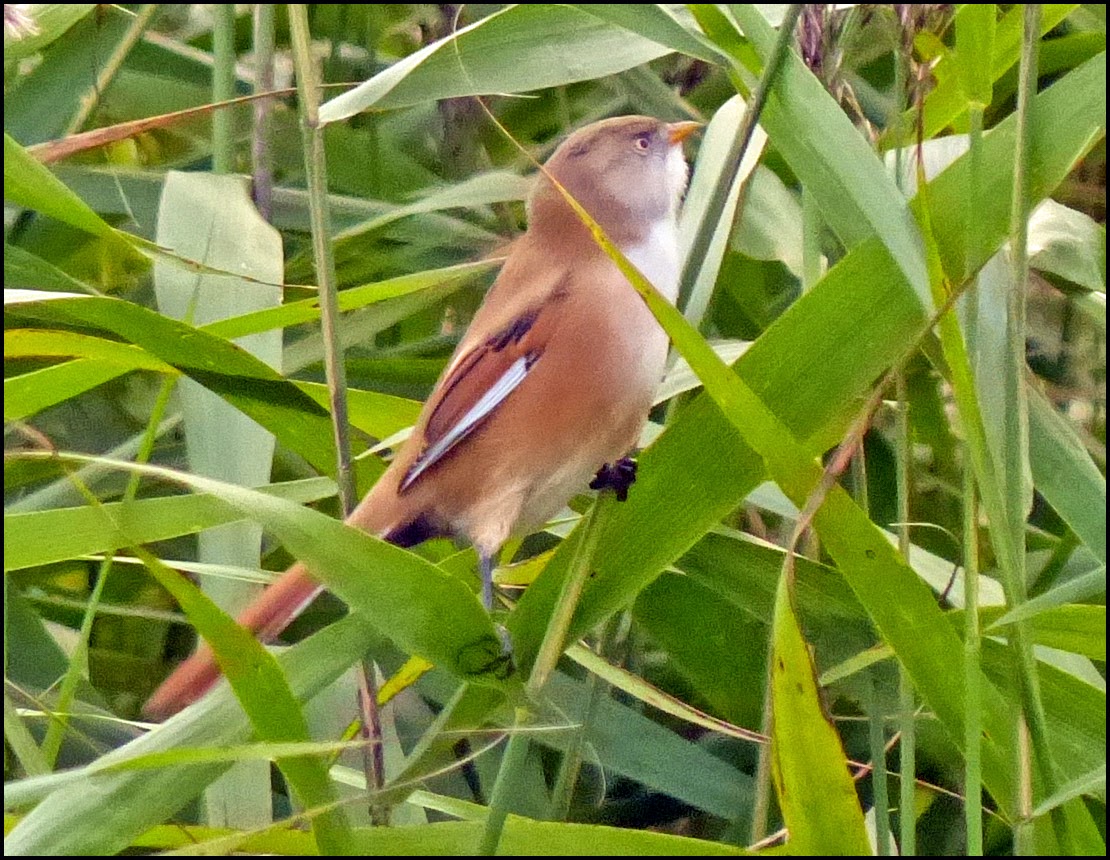 Bearded tits, also known as Bearded reedlings, are apparently no longer included in the tit family. 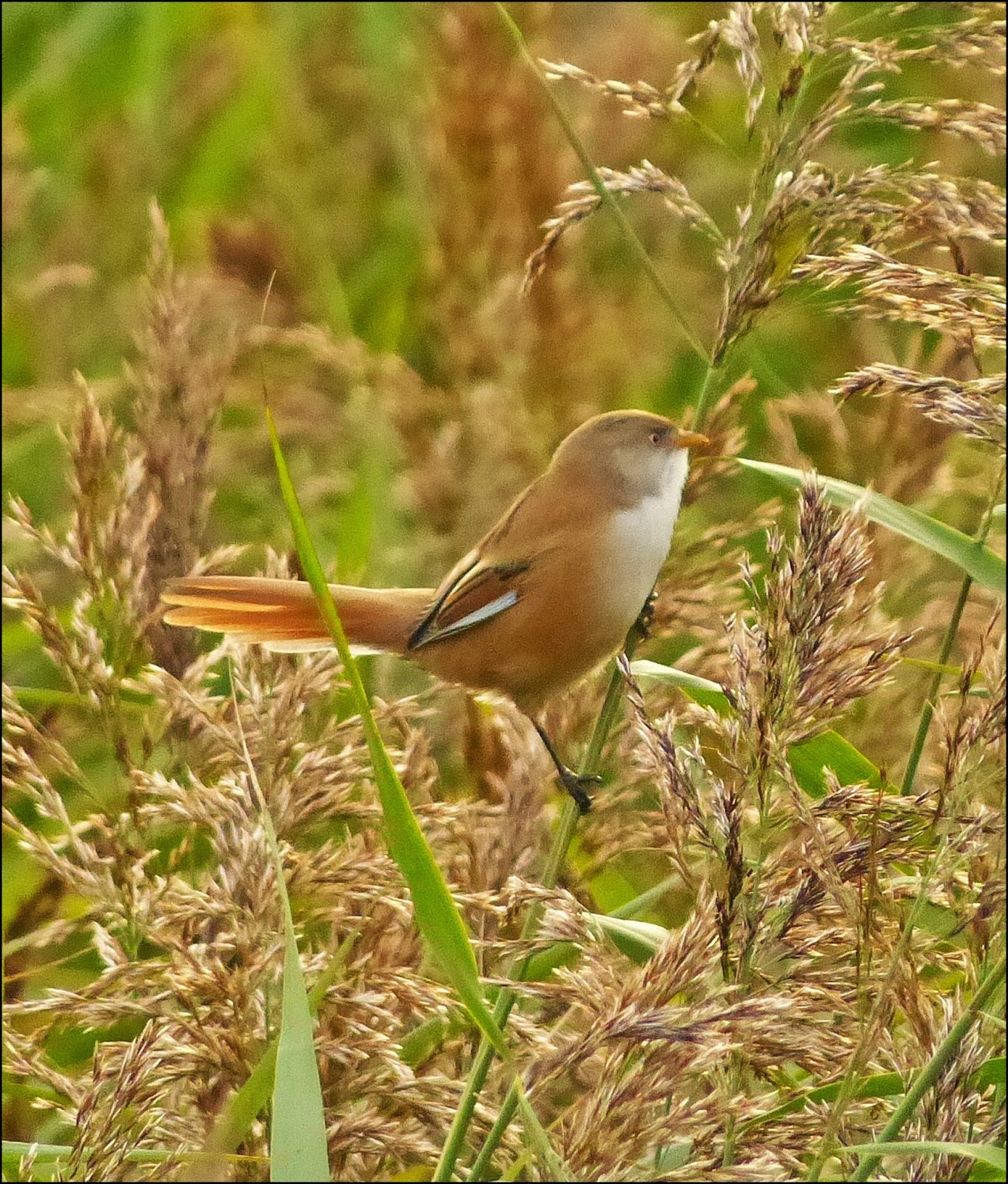 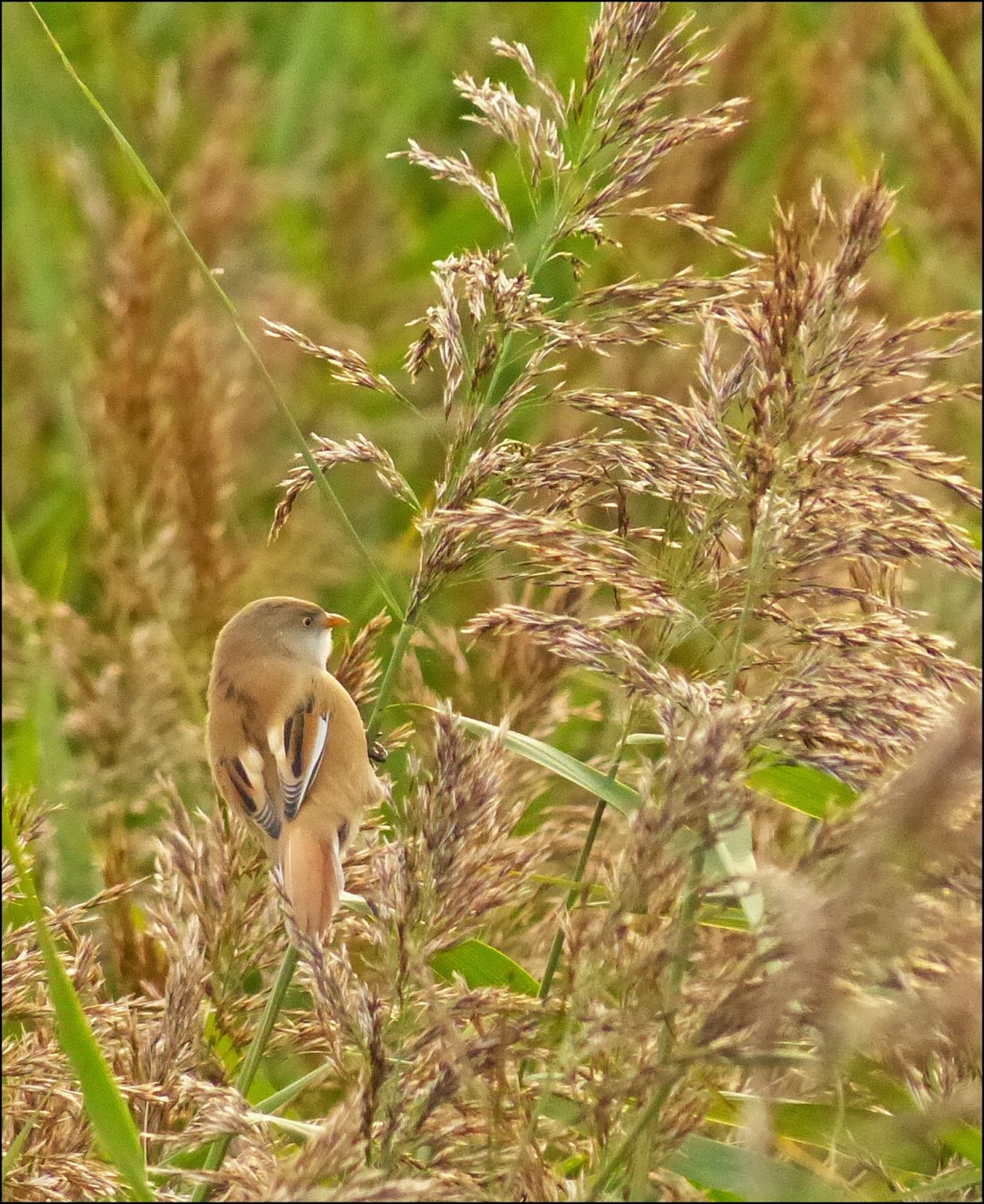 It was a pleasure and a privilege to see this bird at very close quarters, thanks to the protection of the hide. Our 'audience' with the little creature was soon over and we watched as a small pair of wings flapped gently away. 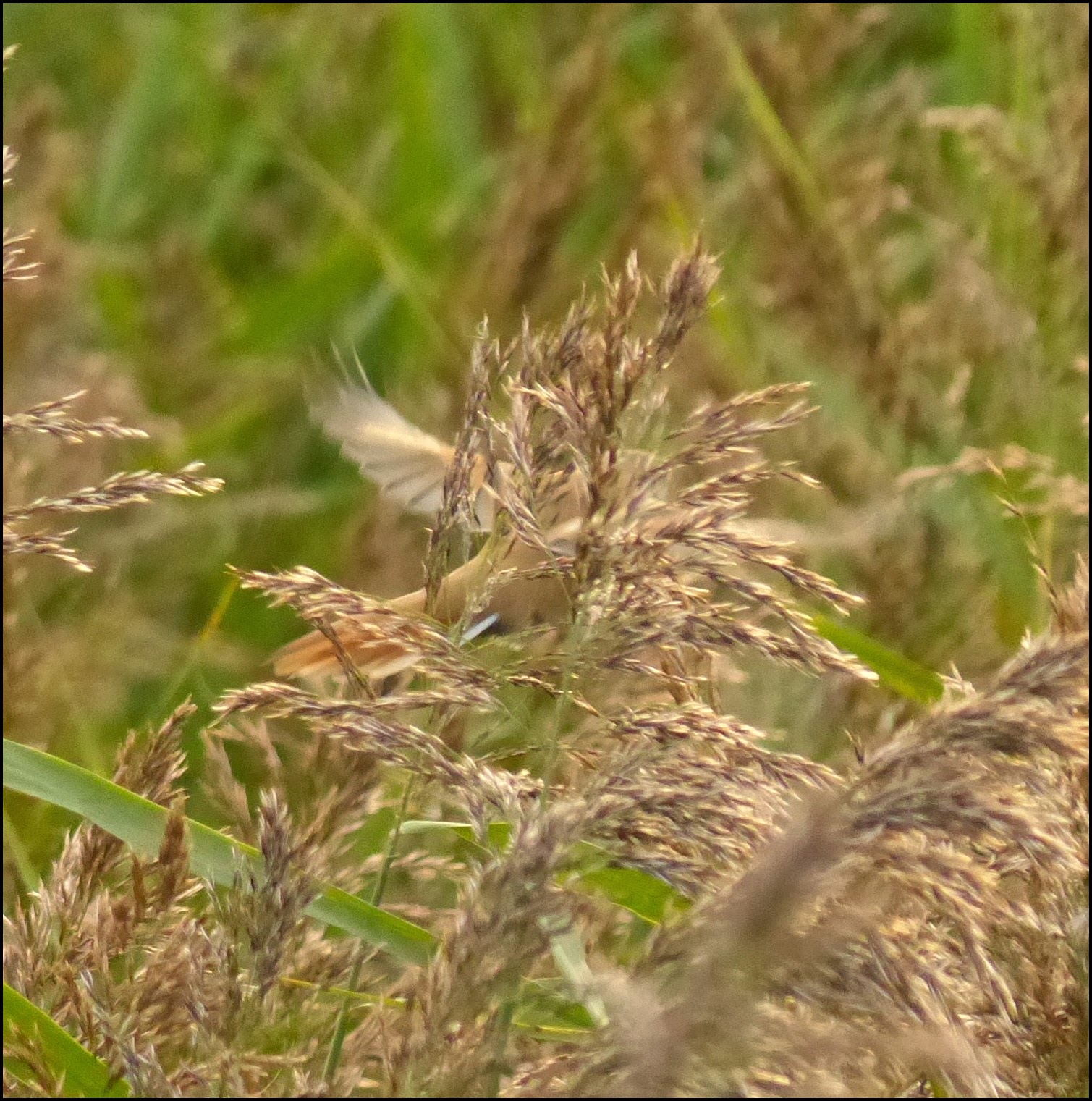 That is a very handsome bird. Great lifer, Caroline!

what lovely photos and how exciting to see a bearded tit, a bird I definitely want to see one day...

What a pretty bird, wonderful shots!

Not only did you get to see the bird you were able to get some very professional looking photos. It is a beautiful bird. Its subtle brown feathers and black and white markings are so great.

Wow - I'm very envious. What a wonderful sighting and congratulations!

Well done on the sighting and great photos - so envious :) Have looked for them at Leighton Moss and Titchwell but never seen one so far.