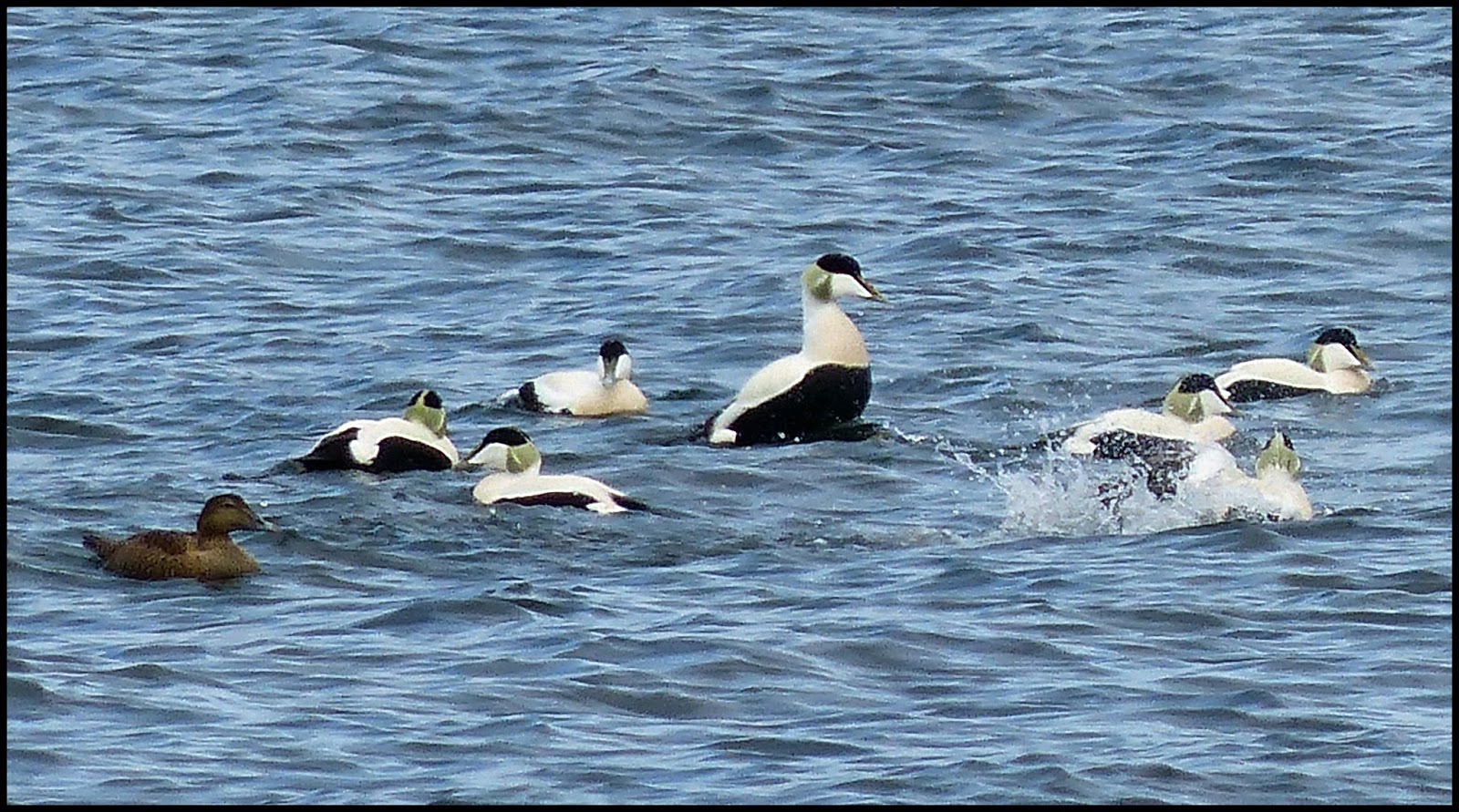 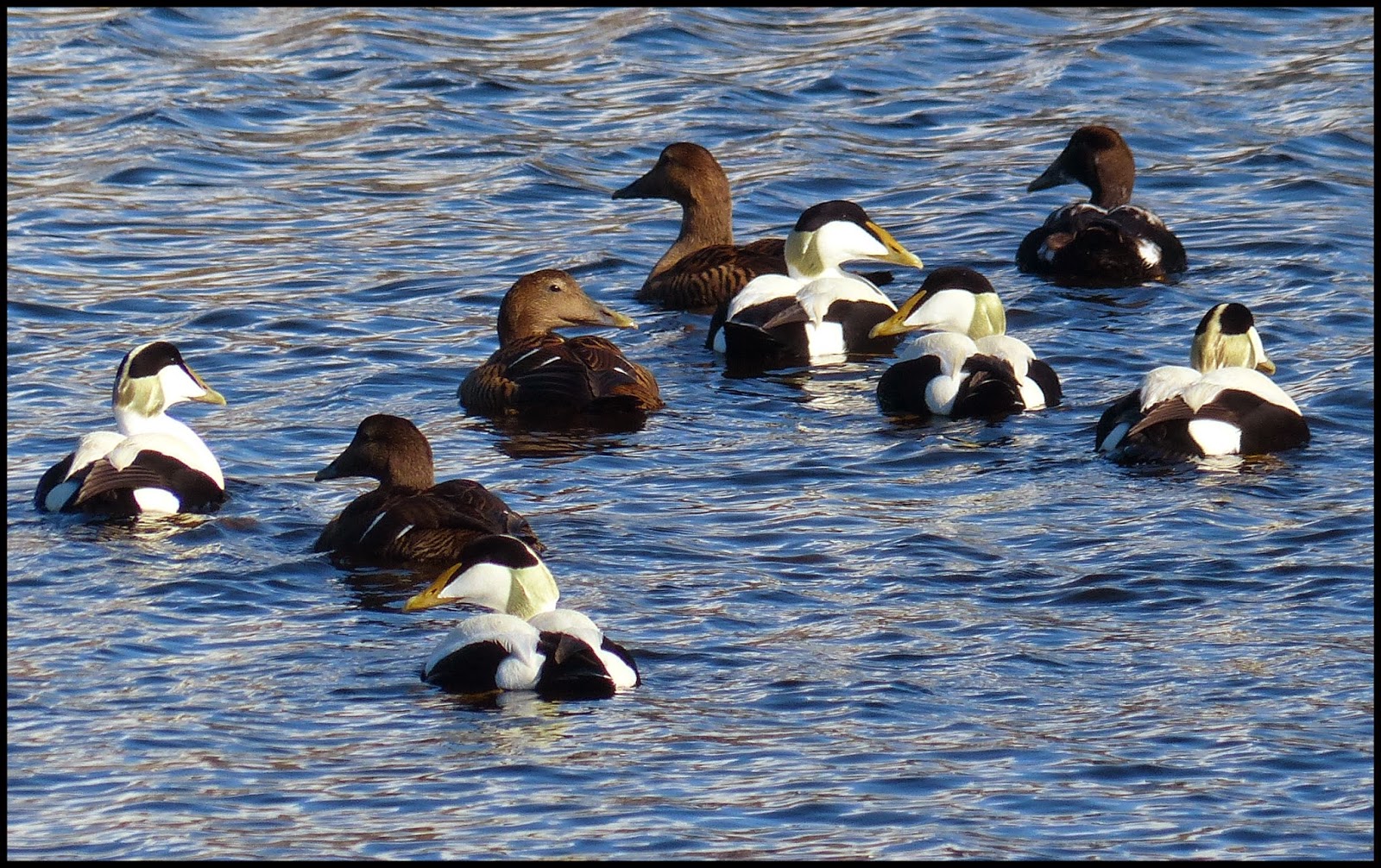 Hello Caroline! Wonderful shots of the Eiders. When I see them they are far away and hard to get a good shot.. They are great birds to see! Have a happy day!

so many beautiful places you have to roam around in and get these great photos... i love the male eider duck... it's adorable. lovin' that shot of the harbor too. hope all is well. have a great day~

It is a beautiful place to watch the birds on the water. I have never seen this type of bird before now. It looks like they have been dipped in white paint. Great shots.

Lovely photos, Caroline! I love eider ducks, such handsome birds and they make a wonderful sound too