We were taking a quick stroll at Sutton Hoo (good excuse for a National Trust tea!) on our way back from Aldeburgh when we spotted this 7-spot Ladybird in a chestnut tree. I suppose these insects are protected from prickles by their elytra, but what a habitat to choose. The spiky chestnuts would, of course, afford good protection from predators. I hope this won't be my last Ladybird sighting of the year, but strangely, my first 2013 Ladybird was spotted (sorry!) in an equally prickly plant in the form of a gorse bush at Minsmere. 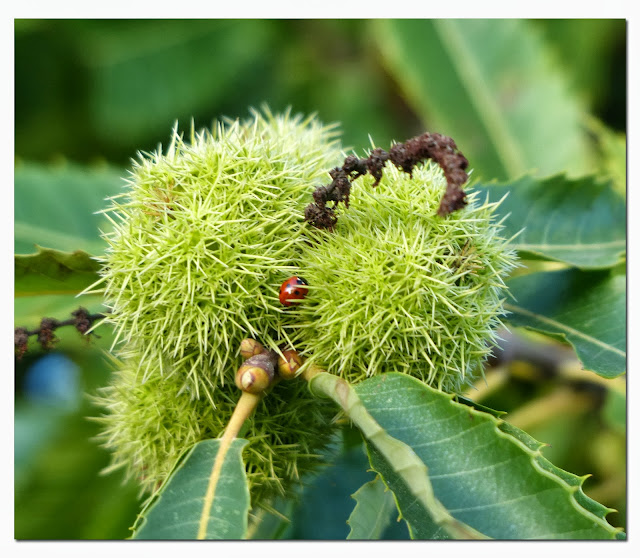 The photo above shows the same Ladybird. The photo immediately below shows a second 7-spot seen at the same time on Saturday, and also embedded in a chestnut. 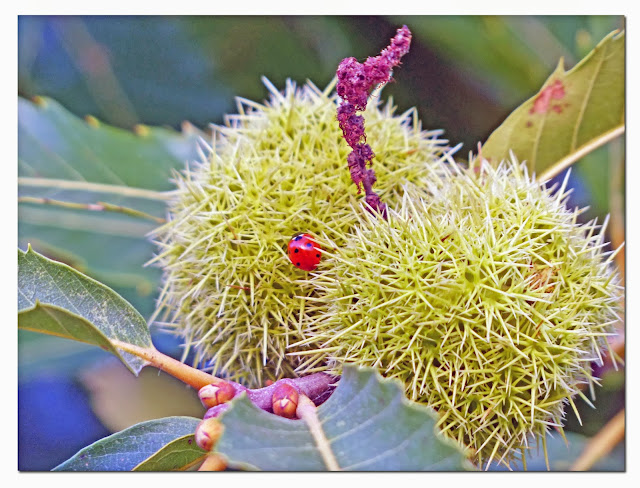 For those who may not know the area, Sutton Hoo is the site of one of the greatest archaeological discoveries of all time, namely the ship-burial of an Anglo-Saxon king, along with his treasures. It is an extraordiary site, and you never quite know who you will encounter in the woods on your way to the mounds ... 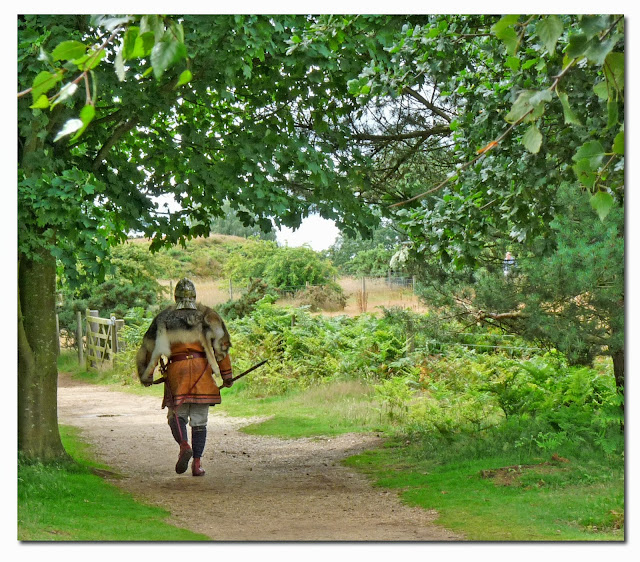 Postcript ... if you come across Ladybirds in the UK, do record them here on the UK Ladybird Survey site.
Posted by Caroline Gill at 09:00

Great sighting of the Ladybirds. They are pretty! Love the last shot too! Have a happy day and week ahead!

Still no sightings at all this year Caroling - very depressing. In case you don't go back to see my reply to you, I said that I have seen flat worms before in the river here, but can't take credit for their identification. Partner showed me and I was absolutely amazed by them. Strange, strange creatures!

Lovely photos! I don't think I've ever seen ladybirds in such a prickly place!

Find out how 1,000's of individuals like YOU are making a LIVING online and are living their dreams TODAY.
CLICK HERE TO FIND OUT