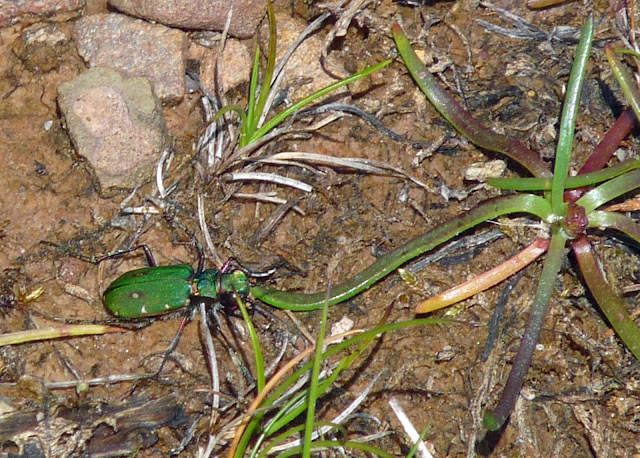 While we were in the north of Scotland, we took an afternoon cruise to the lovely Summer Isles, off Achiltibuie, some way north of Ullapool. It was a very calm, mild but somewhat grey day as we set off, but much to our delight, the sun came out and the intense metallic blues of the ocean were a sight to behold.

Our vessel took us around the island of Tanera Mor, before we landed for a little exploration and some refreshments. The insect life was amazing, and this iridescent green beetle caught my eye. It wasn't going to hang around, so I only managed two photos - and the other was rather fuzzy! The picture below is a cropped close-up to aid identification. 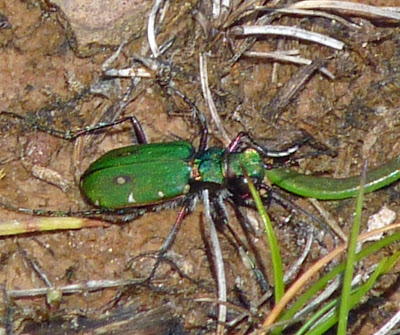 The Essex Field Club have announced that Jerry Bowdrey is researching the distribution of this insect in their part of the world. My identification may not be correct, but I would be grateful - out of interest - if anyone was able to let me know. I gather from Buglife that there are 5 species in Britain.

I thought you would like this photo below of some of the other Summer Islanders! 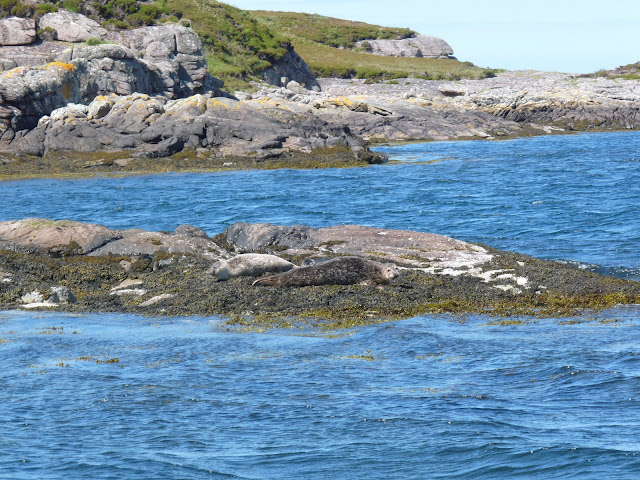 Very cool find, loved the sea shore photo too. Here in the US we have a tiger beetle close to this one, the Six-spotted Tiger beetle. Some have 6 spots others do not, brilliant green like yours.

We also have that beetle, common in Southeast Asia. And that 2nd photo is so lovely i want to just sit and watch for whatever crab or small creature come along.

I'm no expert at all on beetles. If I need help with an id I usually post the picture to either ispot (part of the open university) or else the Wild About Britain forum. Sounds like a great place to go visiting - I've never got that far north yet!

Thank you, Randy, Andrea and Rosie for your kind comments. Particularly grateful for the tips, too, Rosie.

certainly looks like a tiger beetle to me, we saw loads of them on Arran earlier this year and they are not uncommon in certain areas of Scotland

Love the seals! We have a very similar tiger beetle here....green with white spots. Their irridescent color really catches your eye when you are wandering in a woods somewhere.